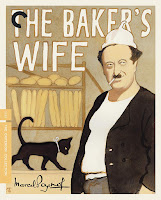 In Marcel Pagnol’s hilarious and affecting 1938 classic, a baker in a French village stops making bread after his beloved wife leaves him for a local shepherd; meanwhile, desperate villagers decide to find her and bring her back so the baking can continue as before. As silly as it sounds, it’s also profoundly funny and serious, with that extraordinary actor Raimu nothing less than perfect as the baker. Pagnol, whose Fanny trilogy is a masterpiece, very nearly repeats that feat here.

The B&W film has been dazzlingly restored in hi-def; extras are Pagnol expert Brett Bowles’ commentary; 1966 Pagnol interview; 1967 TV intro by Pagnol; and 1977 French TV segment about Le Castellet, the village where the film was shot. 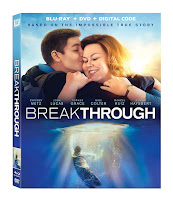 When John, a rebellious teenager, falls through the ice and isn’t rescued for a good 15 minutes, it appears improbable that he can survive: but his mother, congregation and schoolmates are praying for him, so who knows? 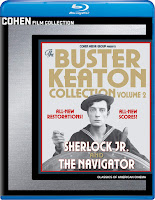 Two more restored Buster Keaton classics make up the second volume of Cohen’s Keaton Collection, starting with Sherlock Jr., the hilarious and wizardly 1924 comedy whose dazzling visual inventiveness has influenced filmmakers from Luis Bunuel to Woody Allen (whose lovely The Purple Rose of Cairo directly lifts from this).

The Navigator (also 1924) suffers by comparison from padding and unevenness, but some of its set pieces are as funny and daring as anything Keaton ever did. Both films look immaculate in hi-def; extras include featurettes and scores by Timothy Brock (Sherlock) and Robert Israel (Navigator). 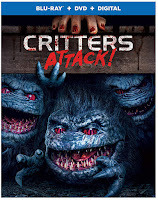 The title says it all in this tongue-in-cheek horror flick about a litter of gremlin-like creatures who tear apart everyone in sight, except for a bunch of resourceful teens who finally beat back their invasion.

There are truly hilarious moments amid the encroaching goofiness and blood spurting, but director Bobby Miller knows that 89 minutes is about the furthest he can stretch this, and he does that job efficiently, with an assist from Dee Wallace (the mom from E.T.), having a blast blasting away critters. The hi-def transfer looks good; extras comprise Miller’s commentary and featurettes.

In this tense series, passengers on a plane that took off in 2013 land in 2018, yet they feel that it was only a few hours. From this Twilight Zone premise comes myriad plot strands both personal and professional, including deaths in families, new relationships and marriages, and other rude intrusions of life.

Throughout these 16 episodes, the seeds of an involving drama are planted, and if some subplots end up as dead ends, there’s enough of interest here to make the trip worthwhile—at least until the survivors return to the airport to look at the fateful plane. 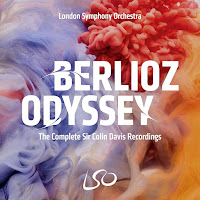 Colin Davis, who died in 2013, was the go-to conductor for the big, sweeping music of the great French composer Hector Berlioz. This essential 16-disc set includes Davis’ final recordings of several Berlioz masterpieces, including his operas—the towering epic Les Troyens, the gorgeous-sounding bio Benvenuto Cellini and the gossamer Shakespearean adaptation Beatrice et Benedict—and his massive orchestral and choral works, from the ubiquitous Symphonie fantastique and beautiful Harold in Italy to the thunderous Messe des morts.

Davis and the London Symphony Orchestra, various choruses and soloists bring this Romantic (with a capital “R”) music to thrillingly vivid life, and the recordings (supervised by James Mallinson, who died last year, a great to loss to the industry) are amazingly detailed, especially the discs that are also SACDs.