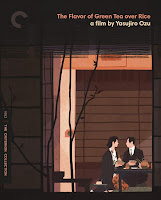 The Flavor of Green Tea Over Rice

As in most of his films, family disappointments are explored in this achingly exquisite 1952 drama by Japanese master Yasujiro Ozu (1903-63). As a marriage slowly but painfully ends, Ozu—with always estimable tact—spins gold out of what in lesser hands would be mere soap opera, and his formidable cast might even raise the heartbreak level even more. 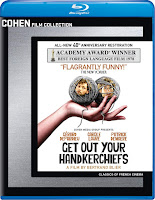 Get Out Your Handkerchiefs

Bertrand Blier won the Oscar for 1978’s Best Foreign Film for this supposed satire, an aimless, coarse exploration of a frigid wife who can’t respond sexually to either her husband or the stud he brings on board—but a callow teenager does the trick.

Despite winning performances by Gerard Depardieu (husband), Carole Laure (wife) and Patrick Dewaere (stud), Blier’s attempt to shock the middle-class audiences out of their complacency—something he did to diminishing returns throughout his career—fails completely. There’s a fine new hi-def transfer; lone extra is an introduction by scholar Richard Pena.

Into the Badlands—Complete 3rd Season 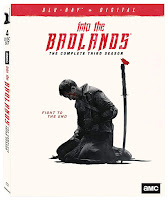 In the final season of this series about a post-apocalyptic civilization that has grown up in the gorgeously barren stretch of the eponymous Dakotas area—an admittedly spectacular backdrop—factions have brought war back, threatening to upend the precarious peace of the entire region.

The impressive martial-arts sequences notwithstanding, the series lurches from one mundane dramatic setup to another, finally arriving at an unsatisfying ending. The hi-def transfer is eye-popping, to say the least. 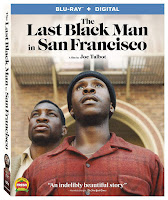 An intensely personal collaboration between writer-director Joe Talbot and star Jimmy Fails, this stirring if occasionally didactic study follows Fails, a young man moving in to what he thinks is his own grandfather’s house in an historic San Francisco neighborhood, only to find that very little—even his relationships—is what it seems.

There’s a lot to admire about this labor of love, but the excessive length dissipates some of its strengths by film’s end. It is all beautifully done, however. There’s a transfixing hi-def transfer; extras are a commentary and making-of. 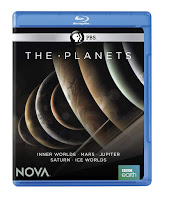 The latest scientific discoveries about the solar system make up this engrossing multi-part Nova series that explores the origins and makeup of celestial bodies from Mercury to Pluto (no longer considered a planet, by the way).

As learned talking heads discuss the illuminating journeys of the space probes Voyager and New Horizons, the series’ exacting and detailed visualizations of the planets, asteroids, moons, etc. in orbit present a thorough if necessarily incomplete portrait of our little slice of the universe. The hi-def transfer is terrific. 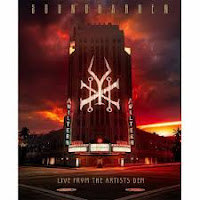 Soundgarden—Live from the Artists’ Den

This 2013 PBS concert recording—never before released at its full 2 1/2-hour length—makes the case (if one was still needed) that Soundgarden was one of the best live bands on the planet: the pummeling rhythm section of drummer Matt Cameron and bassist Ben Shepherd anchored the whiplash and original guitar stylings of Kim Thayil and one of the most distinctive and powerful voices in rock, Chris Cornell (RIP).

Along with several hard-hitting songs from its excellent then-new (and, unfortunately, final) album King Animal, the band blasts through some of its greatest tunes, from “Fell on Black Days” to “Black Hole Sun.” Hi-def audio and video are first-rate; extras are interviews with all four band members. 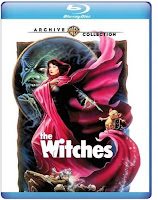 Nicolas Roeg made this typically unsubtle 1990 adaptation of Roald Dahl’s novel about a coven of witches turning two boys into mice; helping greatly is Jim Henson’s creature shop, is the real star here: amid much mugging and grimacing by the cast (led by Angelica Huston, Brenda Blethyn, Bill Patterson, Mai Zetterling), the mice are wonderfully anthropomorphic and the witches’ transformations are simultaneously funny and scary.

Like many Roeg films, it’s a mess, but there’s a welcome playfulness behind the usual nastiness. The Blu-ray has a sumptuous hi-def transfer.

The Other Side of Everything

Srbijanka grew up in a home where her family was forced by the government to let strangers live in a couple of rooms: the apartment’s locked doors separating them from these tenants function as a metaphor for life in Serbia during several fractured decades, and Turajlić shines a necessary light on a tangled and traumatizing history.

This informative 90-minute overview of Picasso’s early career follows the artist from his hometown of Malaga, Spain, to Barcelona, where he set up shop for a few of his late-teen years; and Paris, where he began to be noticed in the early 1900s as a precocious talent of budding genius.

Conveniently, all three cities have a Picasso Museum, from which many of the paintings displayed in the film come, and the various gallery curators contribute pithy commentary. 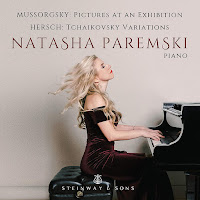 One of today’s most dazzling pianists, Natasha Paremski returns with another superb recording, this time a solo recital. First, she breathes magnificent new life into Mussorgsky’s Pictures at an Exhibition, a Russian warhorse if there ever was one. Her nimble playing makes us hear even the most familiar passages as if for the first time.

But Paremski can also make a new work—in this case, Fred Hersch’s virtuosic Tchaikovsky Variations, composed expressly for her—sound instantly, and intimately, familiar. Her ability to effortlessly juxtapose sensitive and fierce playing is a hallmark of her greatness at the keyboard.