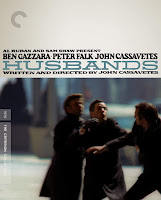 In John Cassavetes’ 1970 exploration of male midlife crisis, three lifelong Long Island friends go on a binge after the sudden death of another buddy that includes public drunkenness (oh the horror!) and a boys’ trip to London. Cassavetes’ worst tendencies come to the fore here—the 142-minute movie is excruciating to sit through, as scene after interminable scene plays out in real time, with scant insight—mitigating the forceful performances of Ben Gazzara, Peter Falk and Cassavetes as the eponymous characters.

Obviously director Cassavetes couldn’t leave these improvisations on the cutting-room floor, so we all have to suffer through them. Criterion’s hi-def transfer is splendid; extras include reviewer Marshall Fine’s commentary, archival interviews with the stars (like an embarrassingly self-indulgent appearance on Dick Cavett) and cinematographer Victor H. Kemper, and new interviews with producer Al Ruben and actress Jenny Runacre, who’s terrific in her scenes with Cassavetes. 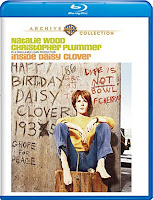 Based on a novel by Gavin Lambert (who also wrote the script), Robert Mulligan’s uneven 1965 film satirizes Hollywood through the exploits of a 15-year-old girl who lives in a shack on a Southern California boardwalk with her mother.

Though tackling—however gingerly—then-verboten topics like (closeted) homosexuality and statutory rape, the film’s more parodic than incisively satiric, but the performances of Natalie Wood (though too old for the lead role), Robert Redford, Christopher Plummer and Ruth Gordon keep interest high right up until the obvious but perfectly realized final image. The movie looks quite enticing on Blu; lone extra is a vintage Bugs Bunny cartoon (huh? nothing on the film itself?). 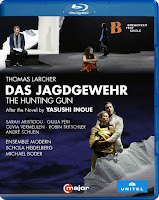 In Thomas Larcher’s often mesmerizing new opera, The Hunting Gun, Yasushi Inoue’s novel about a man, his wife, daughter and mistress is brought to life with brilliant immediacy and psychological complexity, thanks to the consistently surprising musical score and the fine 2018 world premiere Bengenz Festival production. 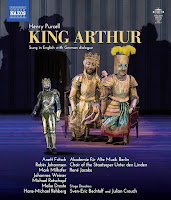 Henry Purcell’s 17th century theater-opera hybrid, King Arthur, staged in Berlin three years ago, has wondrous musical interludes but the spoken sections—especially when, as here, done in German—distract from the tale being told, despite notable contributions from the Akademie für Alte Musik Berlin under René Jacobs, choir, singers, actors and dancers. Both operas look and sound terrific in hi-def; but unfortunately there are no extras, especially for the Larcher opera.

Actress/writer Kelly O’Sullivan may be a double threat, but she has scripted herself an enervating character to play: aimless 34-year-old Bridget, who becomes a nanny while trying to keep her messy personal life from unraveling even further.

There is humor and the occasional insight in this portrait of a young woman looking for a true direction, but O’Sullivan and director Alex Thompson rely too much on contrivance, especially concerning young Frances, Bridget’s charge, and a superficial cutesiness, exemplified by Bridget going after Frances’ hot guitar teacher after having an abortion against her not-quite-boyfriend’s wishes. Such moments mute what should have been a more compellingly chaotic comedic character study.

In the Michelin-starred Mugaritz restaurant near San Sebastian, Spain, 30 aspiring chefs arrive for a nine-month intensive that can make or break their careers, and director Abby Ainsworth follows several of them around as they try and succeed in this fraught but dynamic environment.

Alongside the wannabes’ personal stories are their equally personal dishes—including such strangely compelling if not so edible-looking dishes like apple rot, which is apples with penicillin—all overseen by renowned chef Andoni Luis Aduriz, who runs this, one of the world’s most offbeat, even infamous eateries.

Green’s admirably frank, sexy portrait of a young woman finding herself has, in the winning actress Zora Howard (who co-wrote the script with Green) as Ayanna, the perfect embodiment of an intelligent, artistic and complex young woman who deserves the movie that’s been built around her. The lone extra is Green’s 2008 short, also starring Howard and also titled Premature. 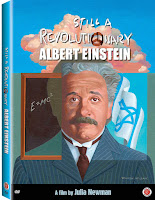 Showing that Albert Einstein wasn’t the cuddly, white-haired genius he’s been pigeonholed as, Julia Newman’s succinct 80-minute documentary, though a little rough around the edges, is as fascinating as its subject.

Through vintage footage, interviews with historians and biographers, and glimpses of Einstein’s wide-ranging opinions on everything from nuclear war and Nazism to civil rights and abortion rights, Still a Revolutionary provides a necessary corrective and brings Einstein into our own difficult century as our intellectual and moral lodestar. 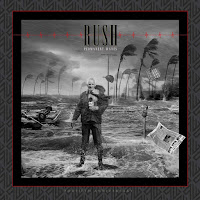 The classic Canadian prog trio’s commercial 1980 breakthrough showed that the band could move into shorter song forms without sacrificing the epic structures and instrumental chops that characterized its earlier records. From the opening “The Spirit of Radio”—which became one of the few popular Rush anthems—to the closing multi-part suite “Natural Science,” the album split the difference between musical complexity (“Jacob’s Ladder”) and lyrical simplicity (“Entre Nous,” “Different Strings”), with the straight-ahead rocker “Free Will” thrown in for good measure.

This welcome two-disc set includes the superb-sounding remastered album and 11 electric live tracks from the group’s 1980 tour, featuring most of the then-new record along with earlier gems “Xanadu” and  “Cygnus X-1”—both Book I and Book II! 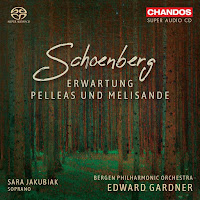 The break in Arnold Schoenberg’s career—from full-blown Romanticism to the 12-tone system—is heard in this excellent recording of one of his most ravishing scores—the tone poem Pelleas und Melisande, based on Maurice Maeterlinck’s drama that Claude Debussy turned into his operatic masterpiece—as well as his haunting monodrama Erwartung, composed six years after Pelleas and comprising the kind of resolutely “difficult” music for which he was renowned (and reviled).