Marco Kreuzpaintner’s absorbing courtroom drama, based on Ferdinand von Schirach’s novel, takes what seems an open-and-shut murder case and, through compelling and clever machinations concerning the sordid shared history of killer and victim, becomes a riveting dissection of wartime criminality and those who whitewash it afterwards.

The cast is exemplary: Elyas M'Barek as the green defense lawyer, Franco Nero as his accused client, Alexandra Maria Lara as the victim’s granddaughter and lawyer’s close friend, and Heiner Lauterbach as the smug opposing counsel.

Nanni Moretti’s 1994 triptych comprises episodes varying in amusement, seriousness and interest while representing the states of the filmmaker/narrator’s mind, from the zesty (“On My Vespa,” with Moretti motoring around Rome) to the negligible (“Islands”—unfortunately the longest—about an island where parents let children run things) and the deadly serious (“Doctors,” recounting Moretti’s harrowing cancer treatment).

The tone wavers uneasily throughout, not surprisingly, but Moretti’s light touch helps him—and viewers—through some of the rough spots. 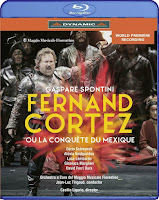 A truly rediscovered opera is this 1809 historical epic about the infamous Spanish explorer Cortez, who cut swaths of discovery and destruction throughout the new world, and Gaspar Spontini—an early 19th century Italian composer—found interesting musical and dramatic ideas to make his story stageworthy.

Cecilia Ligorio’s 2019 production in Florence, Italy, is clearly and impressively thought-out, with fine musical contributions from orchestra and chorus as well as stand-out turns as Cortez and his Aztec princess love by, respectively, Dario Schmunck and Alexia Voulgaridou. The hi-def image and sound are impeccable. 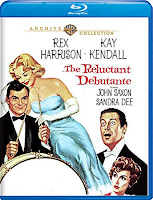 In Vincente Minnelli’s fizzy 1958 adaptation of William Douglas Home’s play, Rex Harrison and Kay Kendall play the nervous parents of a 16-year-old (Sandra Dee) who has eyes for a young man they consider a “mere” musician—but little do they know.

There are few big laughs, instead mainly amused smiles, as Harrison and Kendall are overshadowed by Dee’s mature teenager and Angela Lansbury’s exuberant comic performance as a scheming mom. While forgettable in the extreme, Minnelli completists might find more in it. The hi-def transfer looks excellent. 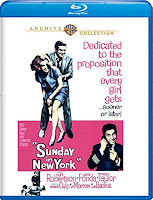 Peter Tewksbury’s 1963 romantic comedy is a product of its time and ahead of it: Jane Fonda plays a 22-year-old bemoaning her virginity on a visit to New York who sets her sights on a man (Rod Taylor) she meets on the Fifth Avenue bus…but when her Albany suitor (Robert Culp) arrives at her brother’s (Cliff Robertson) apartment, things really get screwy.

Based on a Norman Krasna play (apparently a decent Broadway hit starring Robert Redford), the movie is as light as a feather, but it has Fonda at her most irresistible—and it may be a distant cousin to Woody Allen’s new frothy comedy A Rainy Day in New York, which is inexplicably unavailable to see in the U.S. 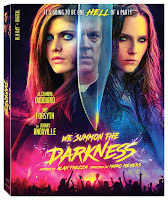 We Summon the Darkness

A trio of leather-clad young women bring three young men back to the house of one of the girls’ dad for fun and games after a heavy-metal concert, which soon turns into blood and guts in this tongue-in-cheek concoction from director Marc Meyers and writer Alan Trezza.

For about half its length, this horror parody is diverting; too bad that it eventually succumbs to Tarantino-itis, with inappropriately jokey violence, innocuous pop songs to blatantly underline the plot’s ludicrousness (although Kubrick did it better long before Tarantino with Full Metal Jacket); and remaining proudly illogical. The spirited performers keep things watchable. There’s a vivid hi-def transfer.

Directors Rachel Leah Jones and Philippe Bellaiche chronicle the life and career of the indefatigable Lea Tsemel, one of the most hated and misunderstood people in Israel over the past half-century. Tsemel unapologetically defends those accused of crimes against the state, mainly Palestinians but even fellow Israelis like her husband, who was charged with and served jail time for what they considered trumped-up charges.

Thought-provoking and provocative like its protagonist, Advocate spotlights a woman whose fearlessness is her greatest weapon, as her husband, son and daughter acknowledge how family life has been disrupted at the same time as they admire her honesty and bravery. 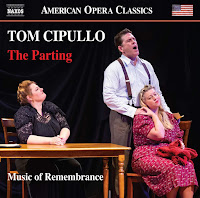 This intensely moving chamber opera by composer Tom Cipullo and librettist David Mason explores the sad and illuminating story of Hungarian poet Miklós Radnóti, who was murdered during the Holocaust, and his relationship with his wife as Death hovers nearby.