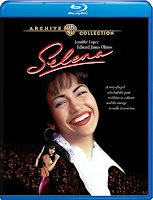 In her breakthrough performance, Jennifer Lopez plays beloved Mexican singer Selena Quintanilla-Pérez with poise, grace and charm in Gregory Nava’s solid if unspectacular 1997 biopic that’s not entirely hagiographic, although it does show Selena as larger than life—which her fans would agree with—while not really demonstrating why she became so hugely popular.

But Lopez burns a hole through the screen in the many concert sequences and maintains our interest even when the drama or music sags. There’s a fine new hi-def transfer; extras are deleted scenes and two featurettes.

French director Claude Sautet never really hit it big on American shores, and the two films in this set—1970’s The Things of Life and 1972’s Cesar et Rosalie—provide a glimpse why. Although both films are exceptionally well-crafted and superbly acted (Romy Schneider in both films, Michel Piccoli in Things and Yves Montand and Sami Frey in Cesar), there’s an awkward distance Sautet maintains, particularly in Things, where the details of the pivotal car accident are dawdled over so obsessively (there’s even a glimpse of the stunt driver’s helmet in one shot) that the relationships—ostensibly the films’ point—are moot.

Still, these are interesting films that have been unavailable for awhile, and with excellent hi-def transfers and illuminating retrospective making-ofs, this is recommended to fans of Sautet and the gifted Schneider, who tragically died of a heart attack at age 43 in 1982. 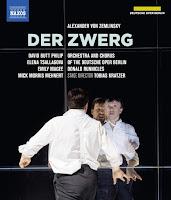 Alexander Zemlinsky’s unsettling opera about a dwarf whose unrequited love for a beautiful princess leads to an unsurprisingly tragic conclusion is tricky to cast, especially if, like director Tobias Kratzer, you want a real dwarf in the title role: his solution is to cast David Butt Philip to sing and Mick Morris Mehnert to act out the drama. 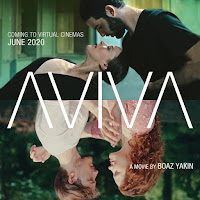 Virtual Cinema/VODs of the Week

Director Boaz Yakim’s latest juggles with the idea of gender identity by dramatizing the relationship between two dancers, male and female—and their respective feminine and masculine sides—by casting two couples to visualize the interactions.

It’s too bad that Yakim is so heavyhanded—especially in the many, often repetitive and explicit sex scenes featuring the quartet of performers in various permutations—and that his dancers are, for the most part, inadequate actors: what could have been an insightful study of gender fluidity and sexual complexity is, ultimately, banal. Even the often thrilling choreography loses its luster in several superfluous dancing sequences, like the final one in Central Park.

Willem Dafoe gives one of his most fearless performances as an American filmmaker and recovering alcoholic living in Rome with his much younger foreign girlfriend and their young daughter in writer-director Abel Ferrara’s bluntly autobiographical film.

Ferrara’s usual crudeness is tempered by the sweetness of the relationship between Dafoe and Anna (Ferrara’s actual daughter by a much younger foreign actress, Cristina Chiriac, who plays—badly—Dafoe/Ferrara’s woman). Although it goes on far too long—as most Ferrara films do—this strained attempt to make art out of his own messy life is saved by Dafoe’s lacerating portrayal. 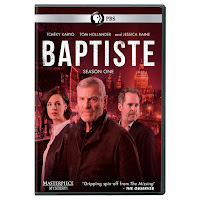 Julien Baptiste, a French private eye in the recent series The Missing, returns for this taut if needlessly violent six-episode drama about a missing girl in Amsterdam and how the case puts many (including Baptiste’s family) in mortal danger.

Tcheky Karyo is persuasively haggard as the no-nonsense Baptiste, and there’s estimable support from Tom Hollander and Jessica Raine as characters who are not always quite what they seem. The show’s biggest flaw is a tendency to allow Baptiste to act stupidly at the most inopportune times, especially in one ludicrous moment when he leaves his car during an obvious setup that leads to disaster. The lone extras are cast and writers’ interviews.

Former homeless teen Rotimi Rainwater’s documentary, despite its on-the-nose reportage, is necessary viewing for anyone who doubts that homeless children are a tragic black eye on our country today.

The film accumulates its power showing the heartbreaking and at times uplifting stories of children on the streets after leaving home because of abuse, being orphaned or placed in bad foster homes. Then there are the distressing stats and glimpses at Congress that does as little as possible; on the positive side are celebrities like Rosario Dawson, Halle Berry, Tiffany Haddish, and Jewel, who have taken the mantle of fighting for these voiceless people (and some of whom were homeless themselves). 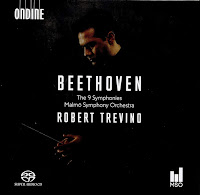 Tackling Beethoven’s nine symphonies for a complete recording is a mountain conductors and orchestras are thrilled to climb, and American Robert Trevino leads his Malmö Symphony Orchestra in this latest shot at the Mount Everest of symphonic music.

For the most part, these are engaging, impressive performances: best are the first, second, fourth, seventh and eighth, more conventional compared to the towering third, iconic fifth, impressionistic sixth and the indomitable ninth, which sounds most impressive in the final movement, as bass Derek Welton, tenor Tuomas Katajala, mezzo Christine Rice and soprano Kate Royal lead the joyous chorus.

Strauss—Die Frau ohne Schatten (The Woman Without a Shadow) 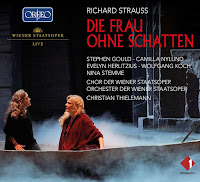 Richard Strauss’ mammoth 1919 operatic fantasy has long been one of his most problematic stage works, but as the Met Opera’s 2001 production (which I saw, with Deborah Voigt in the title role) proved, it can make for scintillating musical theater.

So it’s too bad that we’re only getting an audio-only recording of this gorgeous-sounding 2019 Vienna State Opera performance starring Stephen Gould and Camila Nyland in two of the most vocally taxing roles in the repertoire. Strauss’ always luscious music is performed by the superlative Vienna State Opera orchestra and chorus, led by conductor Christian Thielemann (who also was in the pit during that 2001 run at the Met).