Wonders in the Suburbs

There’s a lot of talent in front of writer-director Jeanne Balibar’s camera—including herself—but her painfully leaden comedy backfires, as its jaundiced look at local politics is so heavyhanded that any laughs or insights are buried.

Wasted are Bulle Ogier, Mathieu Amalric and most of all Emmanuelle Beart, who is game as the newly-elected mayor who has difficulties implementing her campaign promises—which include things like Brioche Day—but the actress is defeated by Balibar’s forced whimsy and uncertain tone throughout. 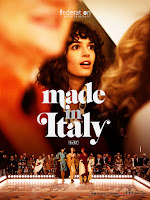 This frivolously entertaining series that goes behind the scenes at a Milan fashion magazine in the mid-'70s is a showcase for the charming Italian actress Greta Ferro, who plays Irene, a novice who has to juggle her newfound independence and likeminded colleagues with her dull boyfriend and old-fashioned father and mother.

This eight-part series balances Irene’s personal and professional lives with aplomb if a little too patly, and the glimpses of a changing world outside her window—strikes, terrorism, etc.—doesn’t really add or subtract much of anything. Good support comes from the redoubtable Margherita Buy as one of Irene’s superiors in the office.

4K Releases of the Week 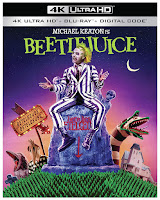 Tim Burton’s cartoonish 1988 black comedy is remembered for Michael Keaton’s insane turn as a bio-exorcist for the afterlife; amazingly, Keaton is barely in a film whose 90 silly but funny minutes are taken up by a solid cast of comic actors and straight men and women—Catherine O’Hara, Geena Davis, Winona Ryder, Alec Baldwin, Jeffrey Jones, even Robert Goulet and Dick Cavett.

Of course, Burton’s splendidly skewered visuals are on vivid display, especially in ultra hi-def. Too bad the only extras are three episodes of an animated spinoff series. 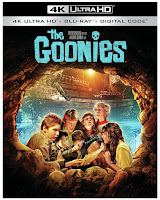 This 1985 Steven Spielberg-produced adventure about a group of nerdy teens overcoming the bad guys in their small Oregon town has become a cult film yet remains loud, obnoxious, repetitive, juvenile and for the most part unfunny.

Richard Donner’s frantic direction can’t hide the gaps in Chris Columbus’ script and Spielberg’s own cutesy attitudinizing smothers the game young cast, including Corey Feldman, Josh Brolin, Kerri Green and Martha Plimpton. The film looks impressive in 4K; many extras include commentaries, deleted scenes, a vintage making-of featurette and the music video for Cyndi Lauper’s hit title song. Too bad the recent Zoom reunion of cast and creators wasn’t included at the last minute (but you can find it on YouTube). 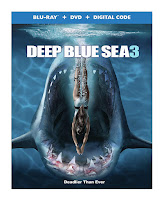 I didn’t even know there was a Deep Blue Sea 2, but here’s another sequel about murderous sharks—what other kind are there?—this time genetically programmed to hunt, kill and eat, which of course puts in peril the workers at a research center in the middle of the ocean.

There are nice underwater sequences, but pitting the good guys vs. the bad guys above water is hopelessly contrived, and the climax is not the dynamic destruction this kind of movie thrives on. There’s a very good Blu-ray transfer and two making-of featurettes. 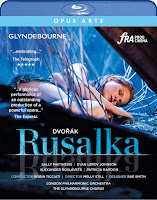 Handel’s classic Messiah—arranged by none other than Mozart—is called Der Messias in this performance from Salzburg, Austria (Mozart’s hometown), early this year. Music and singers are stellar, but the unfortunate staging is by Robert Wilson, whose austere minimalist visual aesthetic transforms the work into static dullness. Both discs have excellent hi-def audio and video; Rusalka has a short making-of.

DVD Release of the Week

The elite Bravo team is back for its latest high-stakes adventures, starting with a top-secret—and hugely dangerous—mission to Serbia before other deployments in North Yemen, Iran, Liberian, Indonesia and, lastly, Afghanistan.

For 20 episodes, the members of the team (led by Jason Hayes, played with stolid intensity by David Boreanz) must balance the difficulties of their chosen profession with the very real demands of loved ones back home, and if it’s all entirely predictable, the excitement of the action sequences compensate. Extras comprise four on-set featurettes. 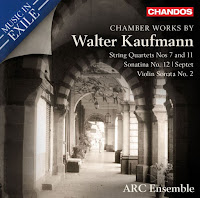 Even among Eastern European composers whose careers—or their very lives—were destroyed by the Nazis, Walter Kaufmann and his story stand out: born in Czechoslovakia in 1907, Kaufmann moved to Bombay, India, once Hitler came to power and spent the war years there before ending up in Canada, where he conducted the Winnipeg Symphony Orchestra; he finished his career in Bloomington at Indiana University’s School of Music, where his archive—most of the scores of his works are still uncataloged—is held.

Five world premiere recordings of his chamber works (all composed in India) paint a fascinating portrait of an eclectic and serious composer: hints of Eastern music are heard among the standard western classical works of string quartet (two), violin sonata, violin sonatina, and a striking septet for piano and strings. The ARC Ensemble plays impeccably.