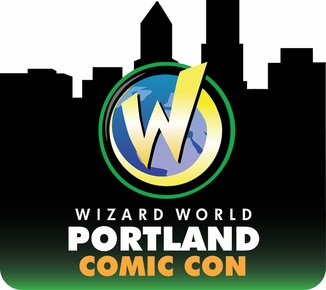 Geekery and gadgetry reared its proud head this weekend at the First Annual Portland Wizard World Comic Con in the shuffle of one of America's most idiosyncratic cities -- Portland, Oregon.

Between cult celebrity superstars and droves of salivating fans anxiously awaiting their opportunity to just catch a glimpse of their favorite personalities and characters, Comic Con Portland was a madhouse (mind you, a palatable madhouse) of toys and panels, comics and artistry, games and autographs and lines, lines, lines.

While never quite reaching the level of fanboy cosplay that defines the heightened fervor outpouring from San Francisco's Comic Con, many fans still dressed to the nines in homemade outfits. From Iron Man to a young Jack Frost, Velma to everyone's favorite- slave Leia-, superheroes and comic book characters young and old came to life and roamed the premises looking for that vintage comic issue or newfangled art from the droves of vendors and artists stuffing the Portland Convention Center from Feb 22-24. 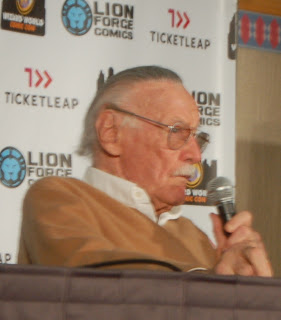 Among the highlights of the convention was a Stan Lee panel where the Marvel mastermind humbly shambled his way into a fold-out chair onstage to ping witty responses back at the flock of admirers in attendance. He ran the gambit of questions, revealing his fundamental lack of understanding of Superman's "alter ego" - how could putting on glasses fool anyone?!, - the emergence of the comic book industry, what his favorite cameo appearance in a Marvel movie has been and taking his bets on which of his characters would win if pitted against each other.

At the behest of a dedicated fan, Lee even awarded the entirety of the audience honorary "No-Prize Awards," a misleadingly-named high honor amongst the legions of comic loyalists. His presence was one of quiet mystic and loving appreciation of his fans and was easily the highlight of the weekend. 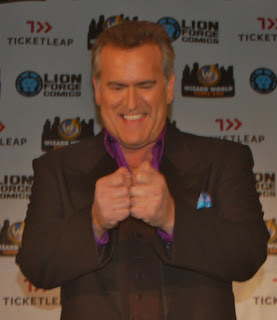 Cult icon, Bruce Campbell played devil's advocate to Lee's humble everyman and paced the stage, slashing fans questions down in an equally hilarious and self-important manner. He talked about his role as producer on the upcoming Evil Dead remake, his multiple Sam Raimi cameos and his girth of, let's call them, disappointing projects. But no, he wouldn't tell you which movie he was hurt most on while filming and yes, he thinks strip clubs and Comic Con alike are too expensive.

He cut down questions as not worthy of his answer before awaiting fans had even finished spewing them out, handed out dollar bills to an attendee he deemed broke and even allowed a fan to reveal onstage an ankle tattoo of ol' Bruce's John Hancock. As to whether this snarky and pompous persona was all a play is your call but the whole act was no less than entertaining and certainly "groovy". 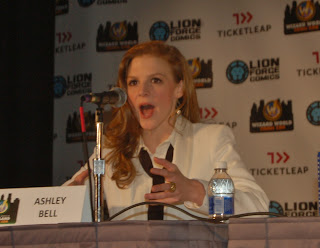 Emerging star Ashley Bell was there to promote the follow-up to the horror hit with The Last Exorcism: Part II and her modest and girlish charm was simply radiating from her as she spoke about doing all of her own contortions in the films (a method she learned shockingly enough from ballet) as well as her voluntary work with a foundation that rescues logging elephants in Cambodia, providing them with a safe haven in the form of an open-aired elephant sanctuary, a passion project she is making into a documentary entitled Love and Bananas. 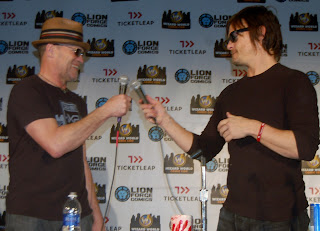 Michael Rooker and Norman Reedus, fan favorite brothers Meryl and Darryl, paired up to answer questions about their personal life and their work on The Walking Dead, spit-balling responses in an intoxicating (and perhaps intoxicated) rabble. Hooting, hollering, flexing and sporting sunglasses at night, Michael Rooker unwrapped the enigma that is Michael Rooker.

Between revealing that he sees pretty much eye-to-eye as his character Meryl and how he morphed into the typecast of the "bad guy", Rooker bared his pearly whites and talked from the heart about how the cast of Walking Dead has really bonded with one another and even though the onscreen adversaries are as deadly as ever, that all floats away during set breaks. Although Reedus joined late, he and Rooker joined forces to become a bowling ball of Q 'n' A-ing, showcasing the fierce commodore and chemistry between the onscreen brothers.

Outside of the packed panels, there were some treasures to be mined and I helplessly found myself, after committing to leave my already empty wallet alone, picking up a vintage Han Solo action figure  that had too much nostalgic value for me to pass up and a handful of variant cover Walking Dead comics.

The bounty of vintage paraphernalia was as rich and diverse as the stock of original art that wallpapered the partitioned maze. Pressed against the back wall were a trio of delectable automobiles primped and primed for this weekend's convention, two of which really peaked my interest- both Stuntman Mike's "death-proof" 1971 Chevy Nova and the 1972 neon yellow Mustang, amply titled "Lil Pussy Wagon" from Tarantino's genre slasher Death Proof. I got an opportunity to speak with the owner of the vehicles and he informed me that the Nova was one of seven used on set and was one of five stunt cars.

As an inaugural effort and this blogger's first Comic Con ever, I would say that it was an overwhelming success. Any major convention walks a tight rope of over-saturation and over-stuffing and Portland Wizard Worldfelt organic and homey without being stuffy and riotous. It was just the right feel with just the right people. I'm sure it's success will only redouble next year when it's presence is ever more well known so be sure to keep your eye on this one going forward.

Seeing that no Comic Con coverage is complete without a wealth of photos, here are a few culled from the packed throng that was the nerdtastic convention center. 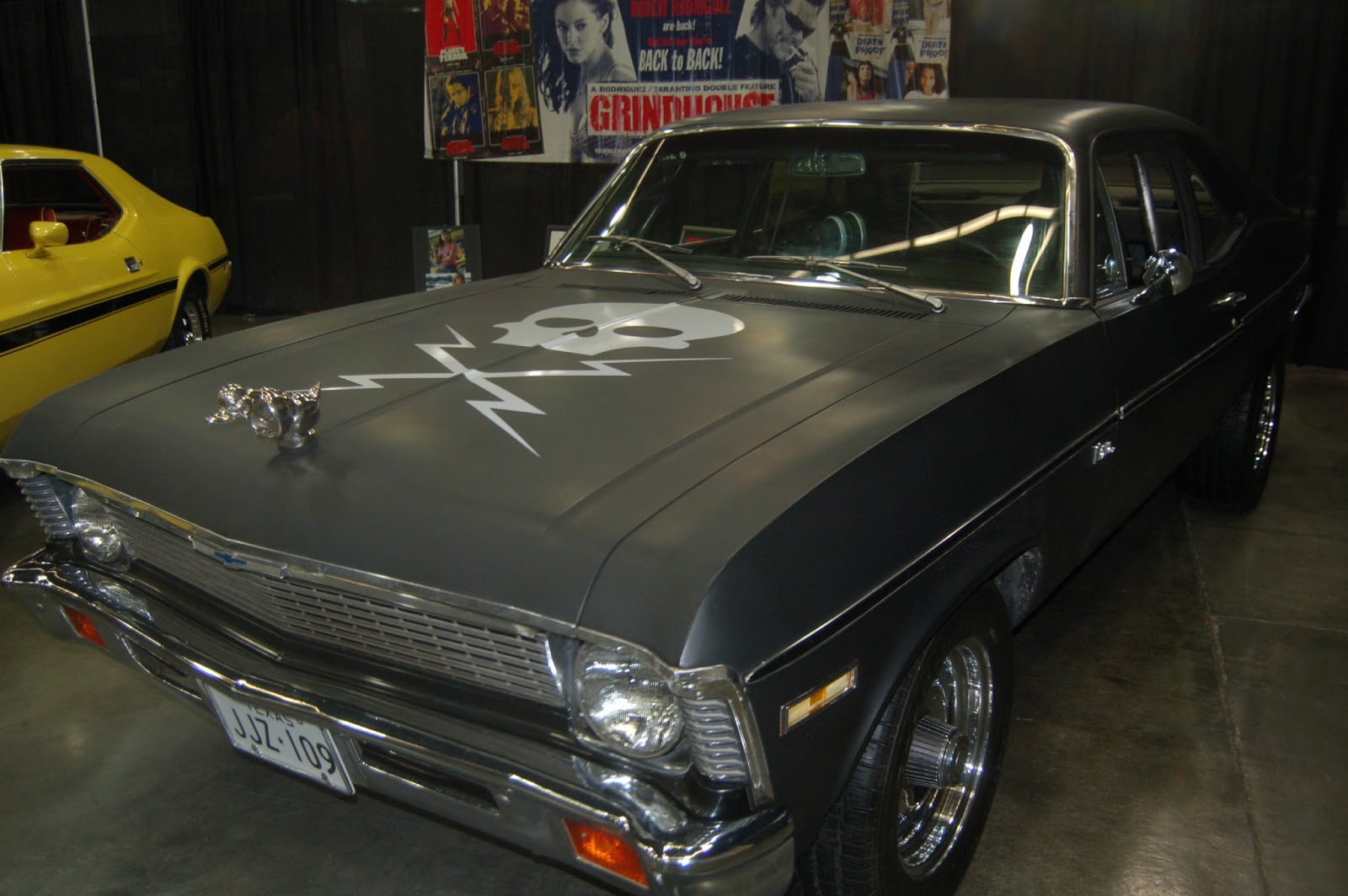 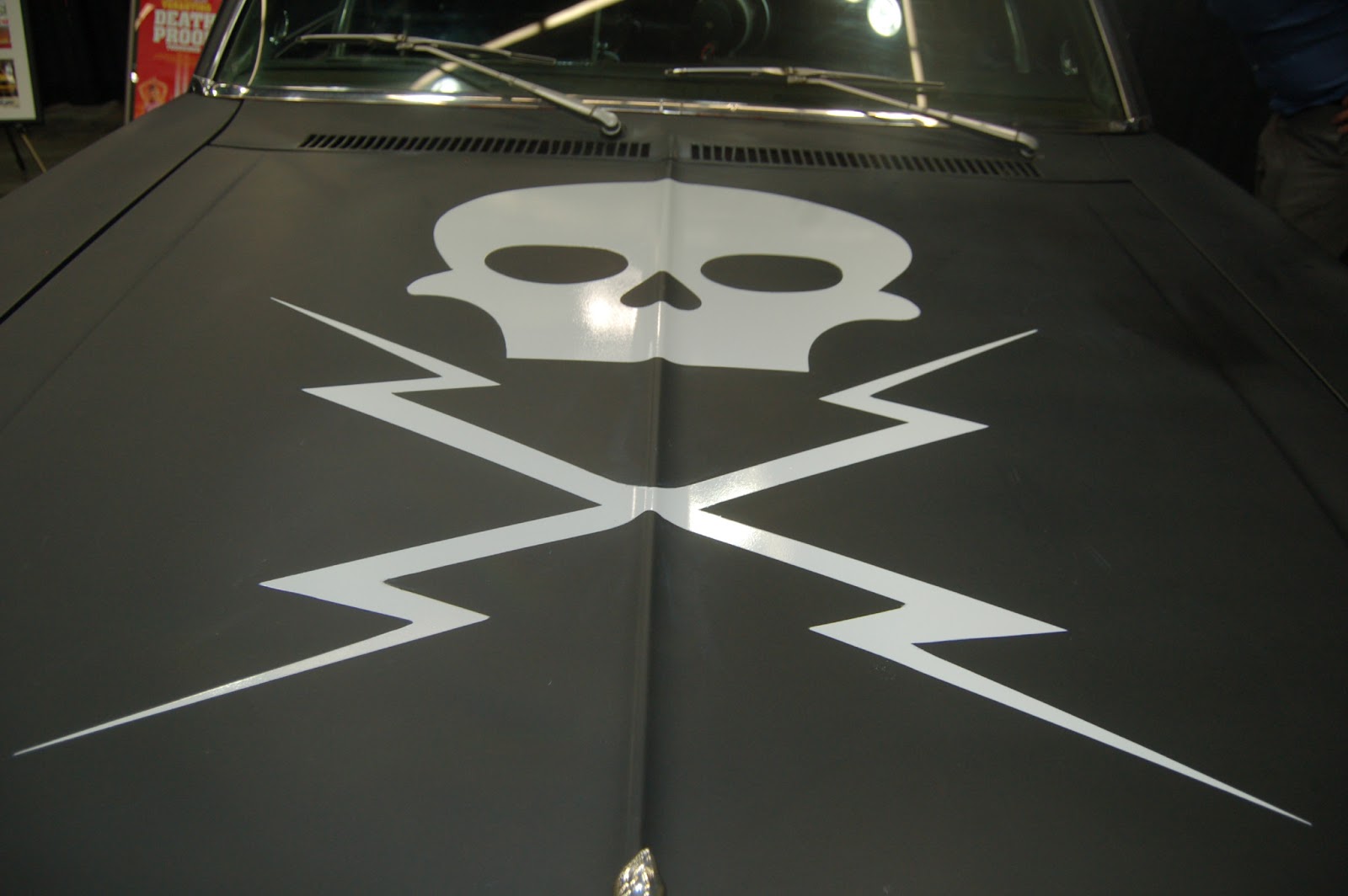 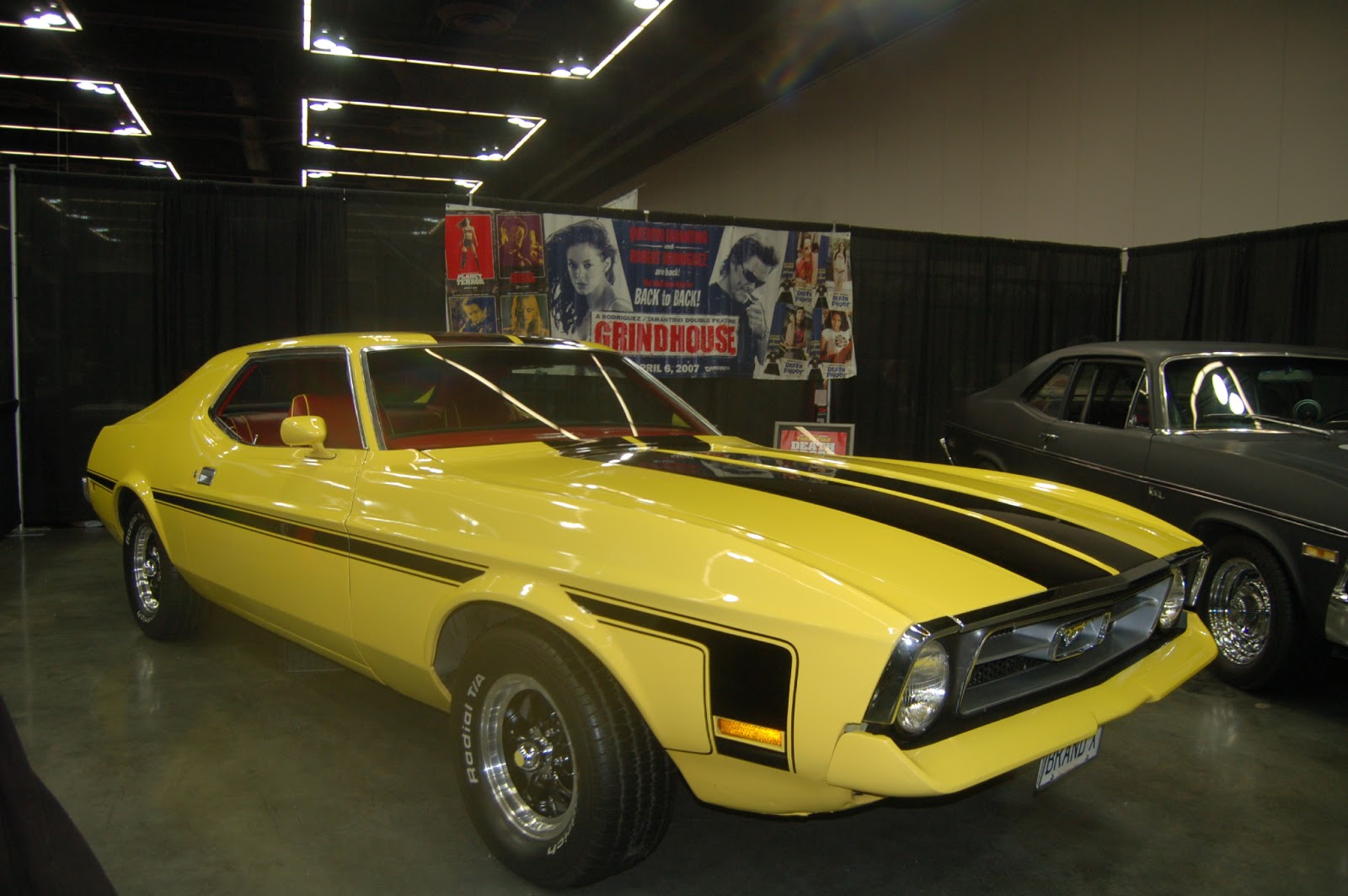 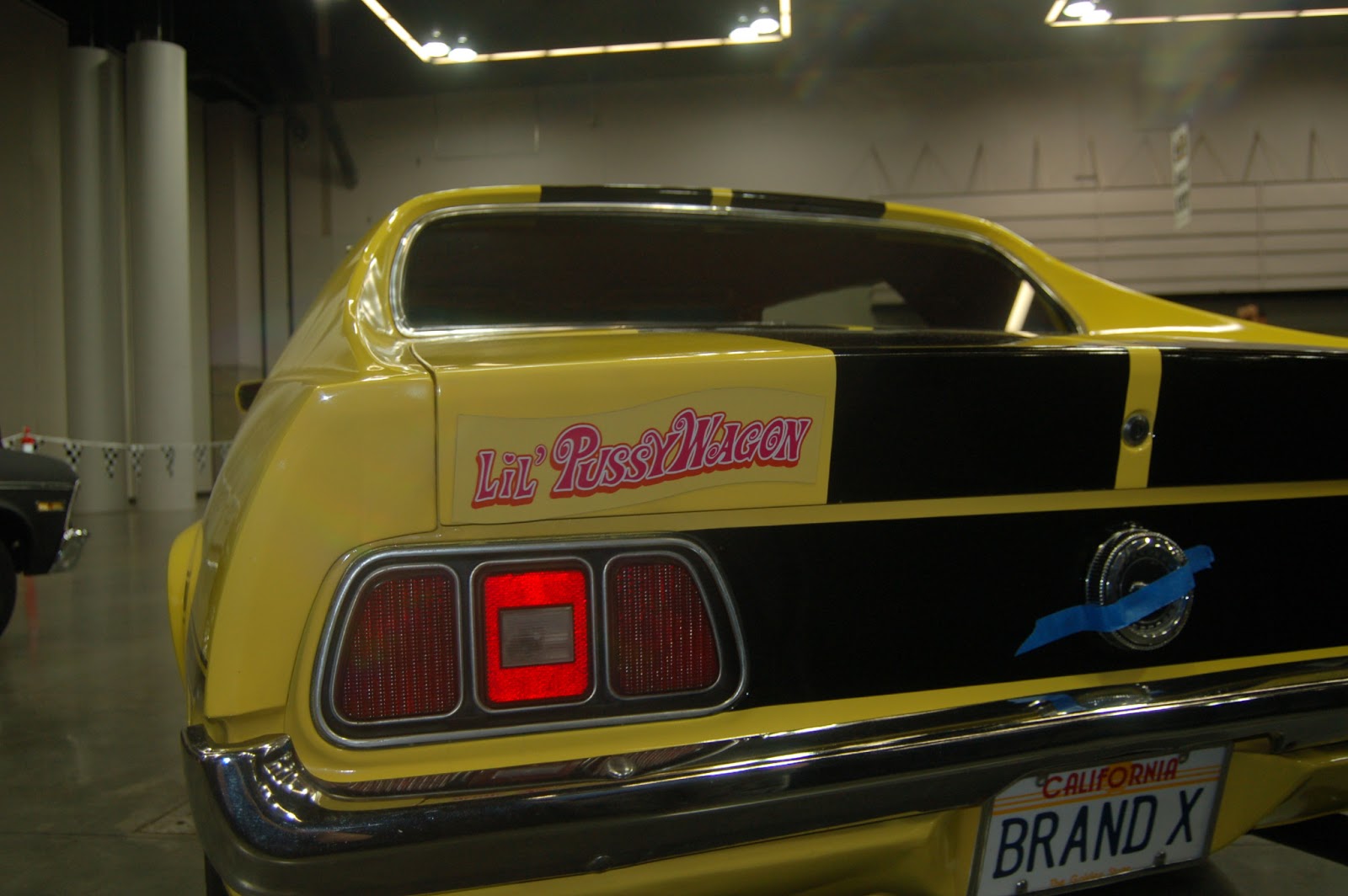 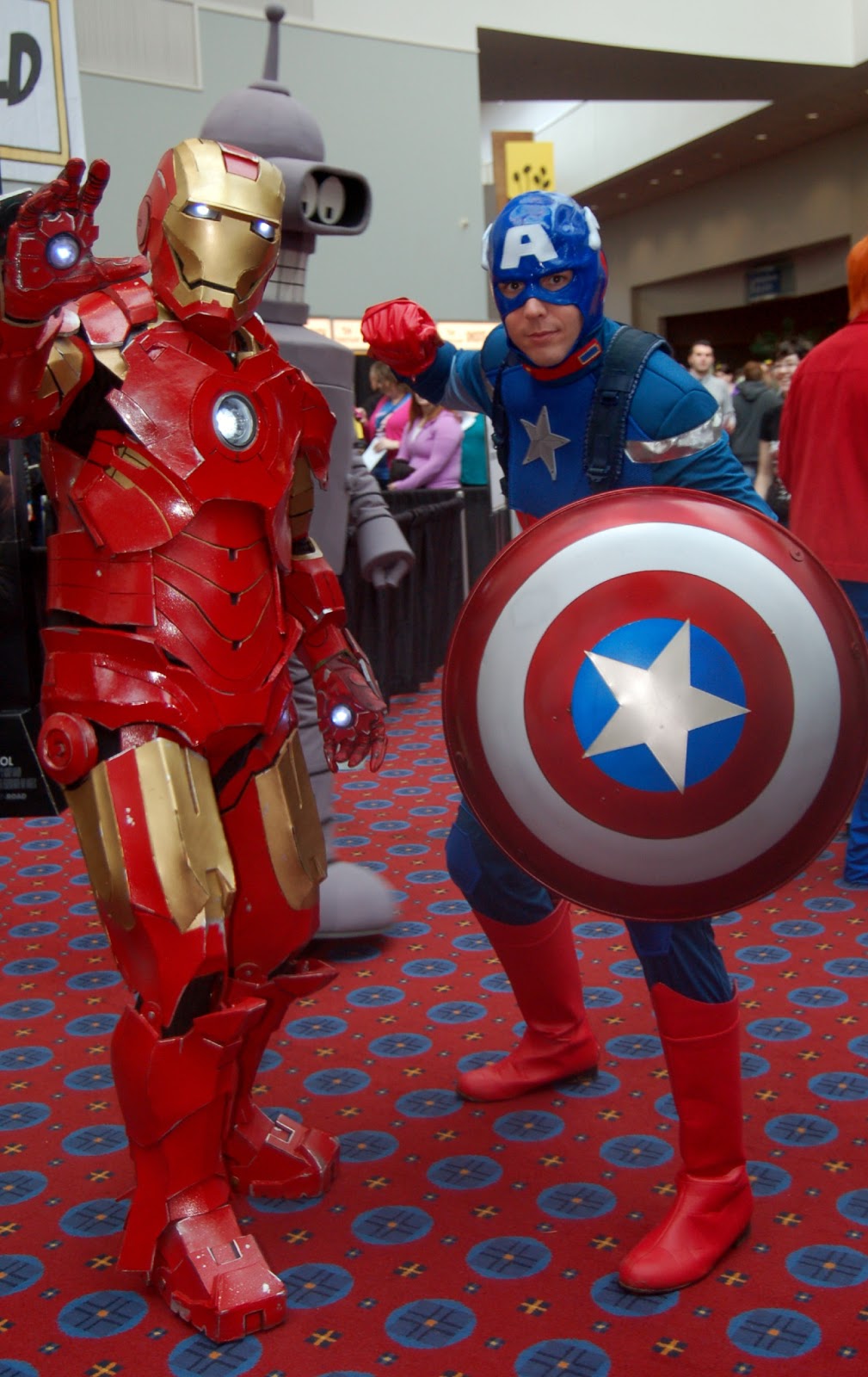 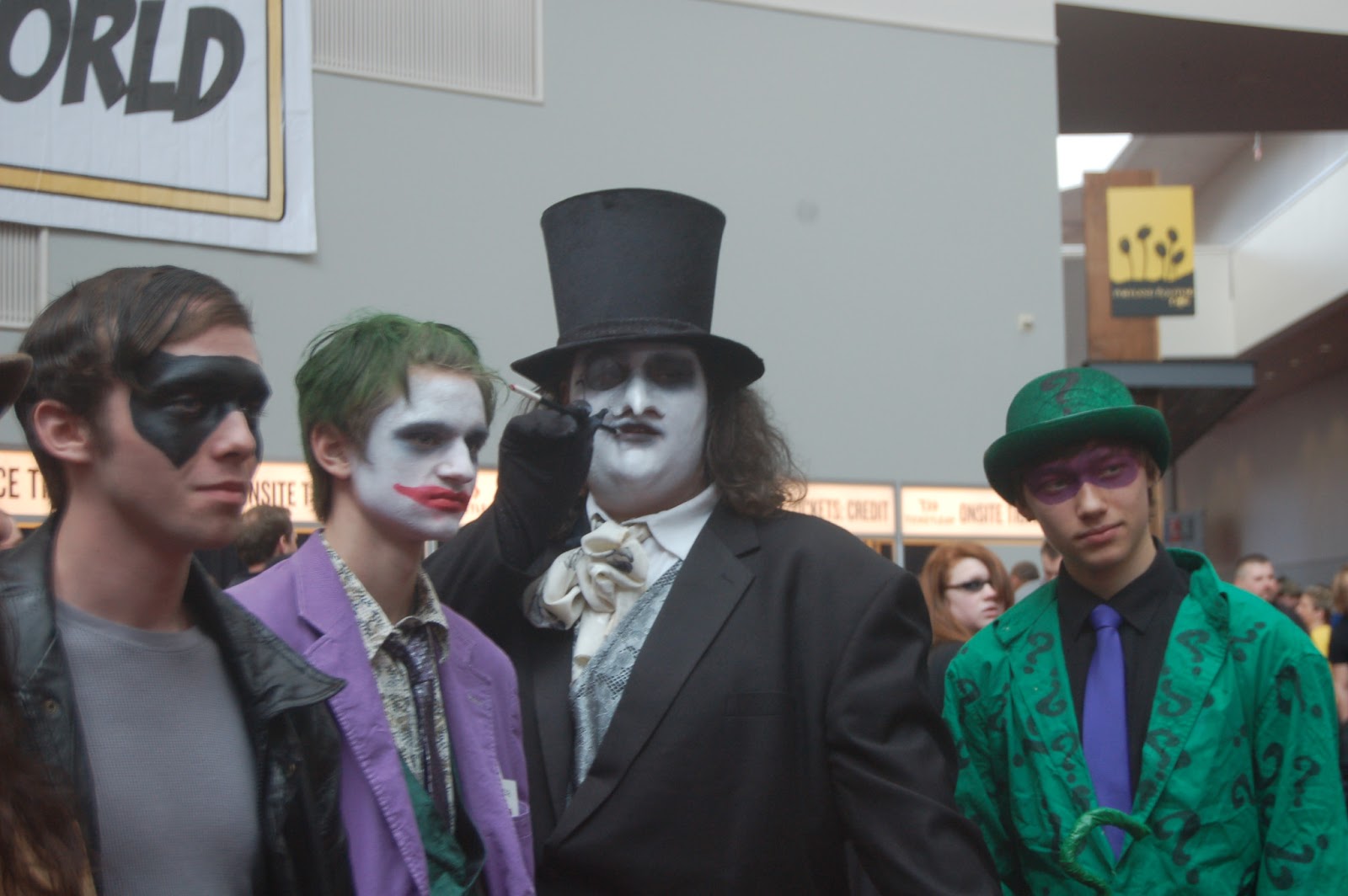 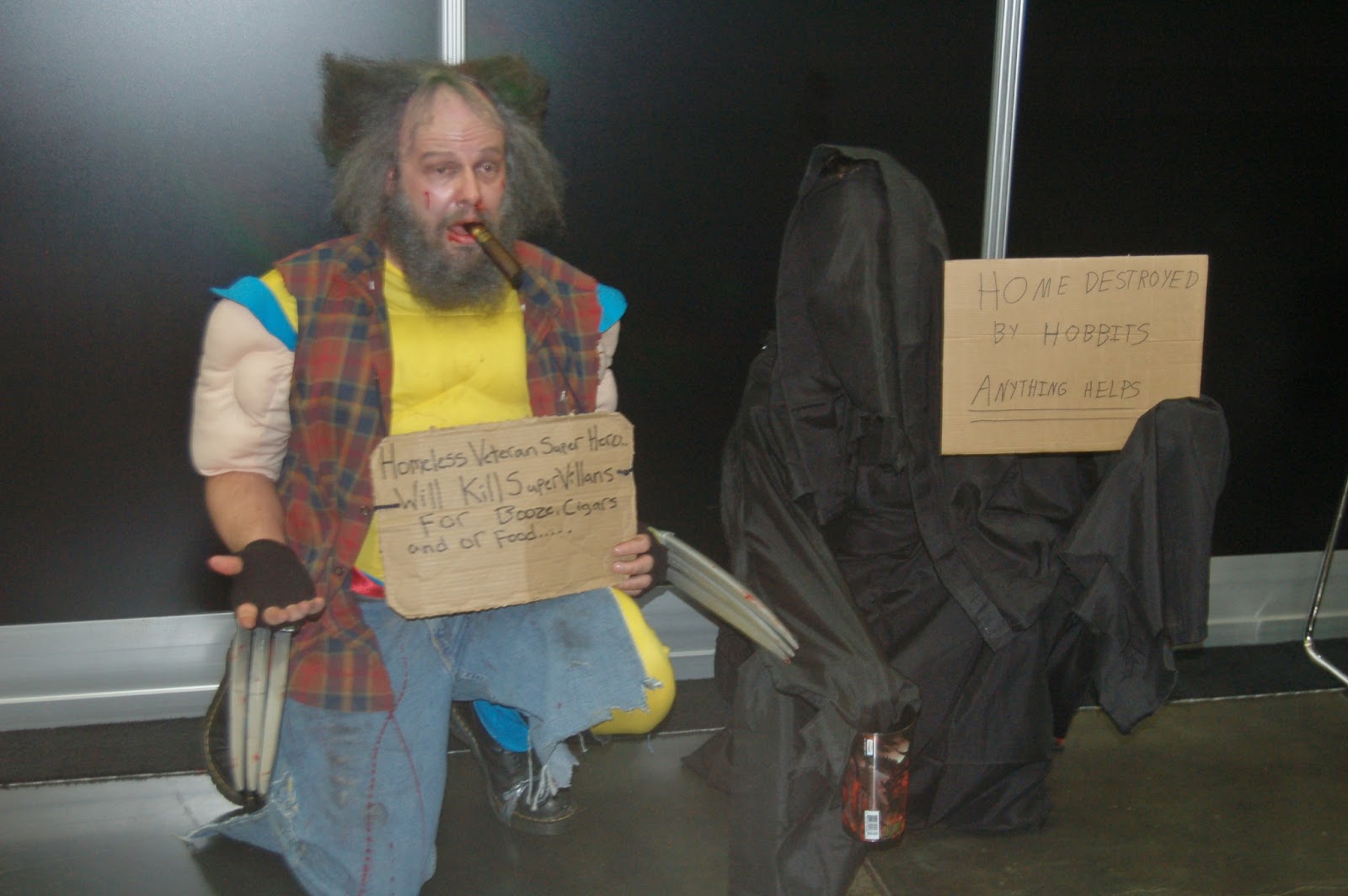 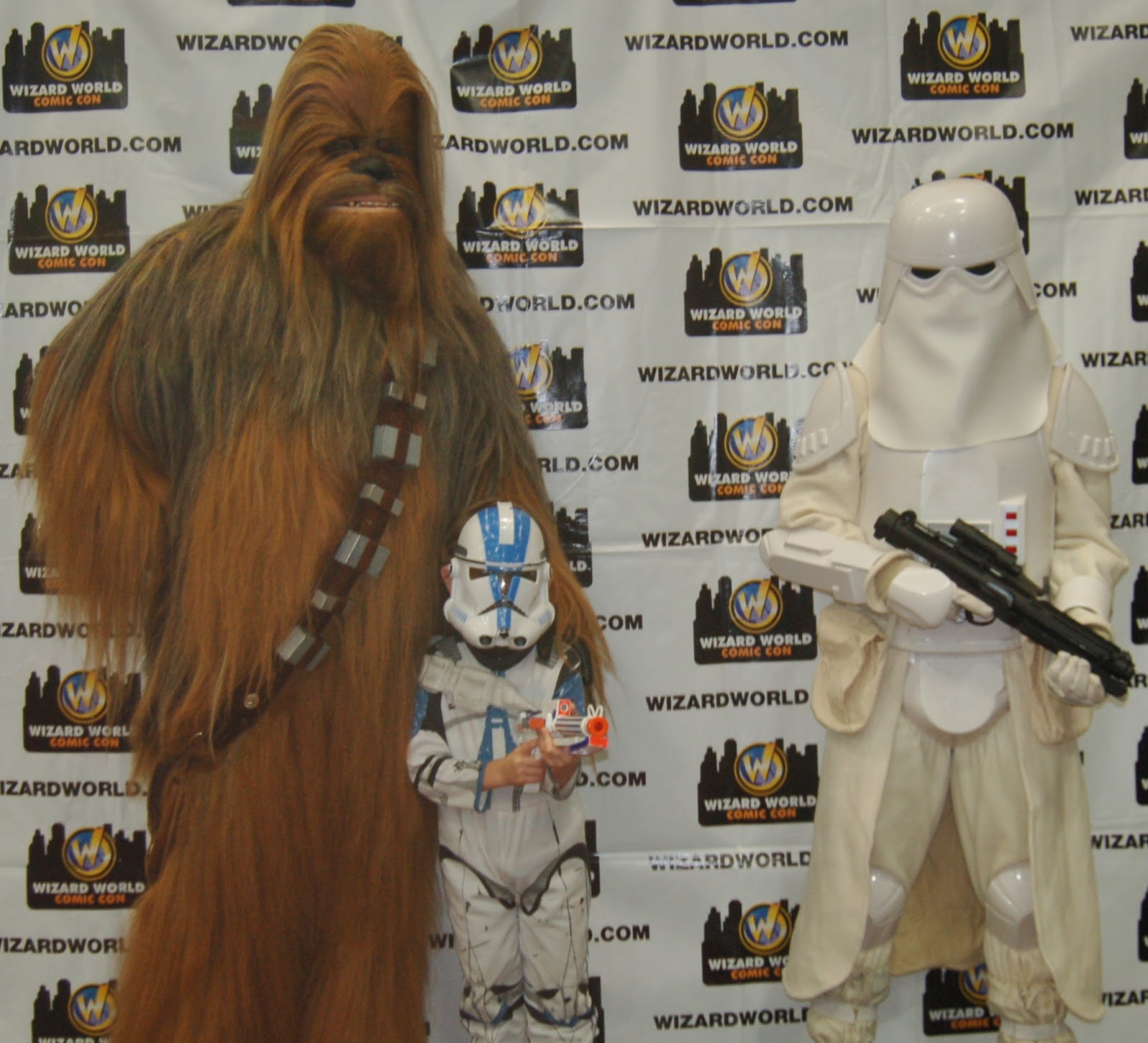 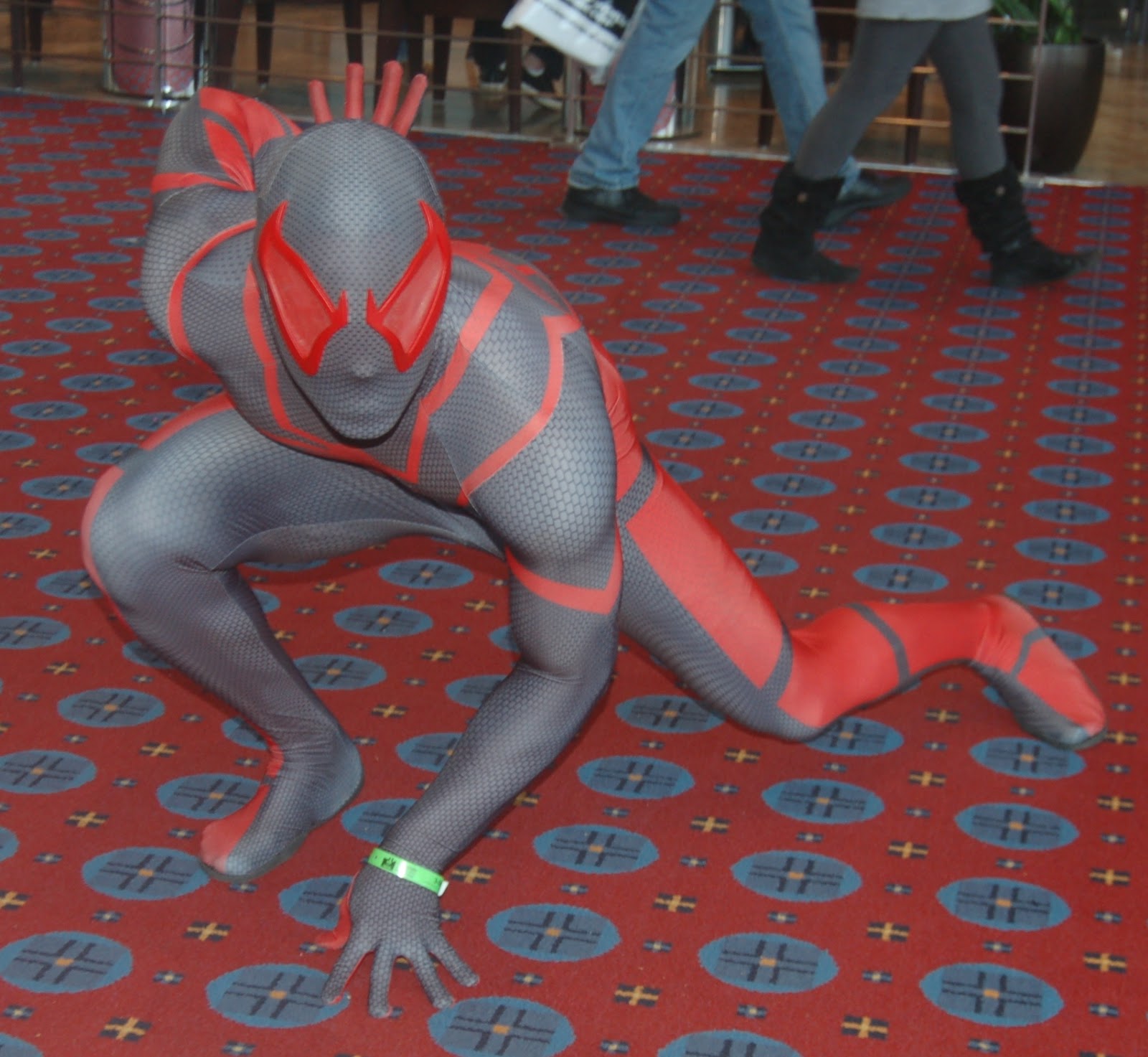 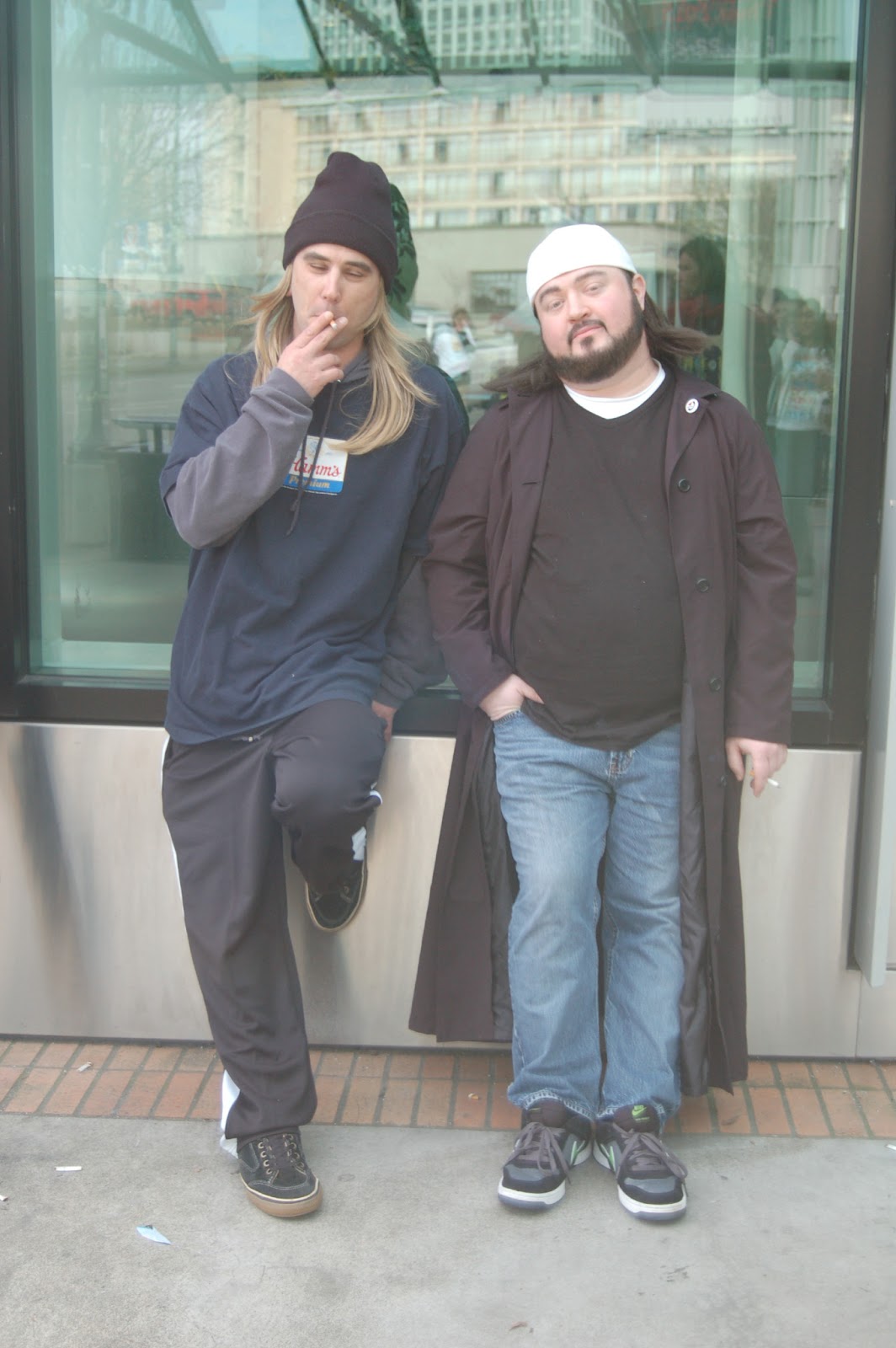 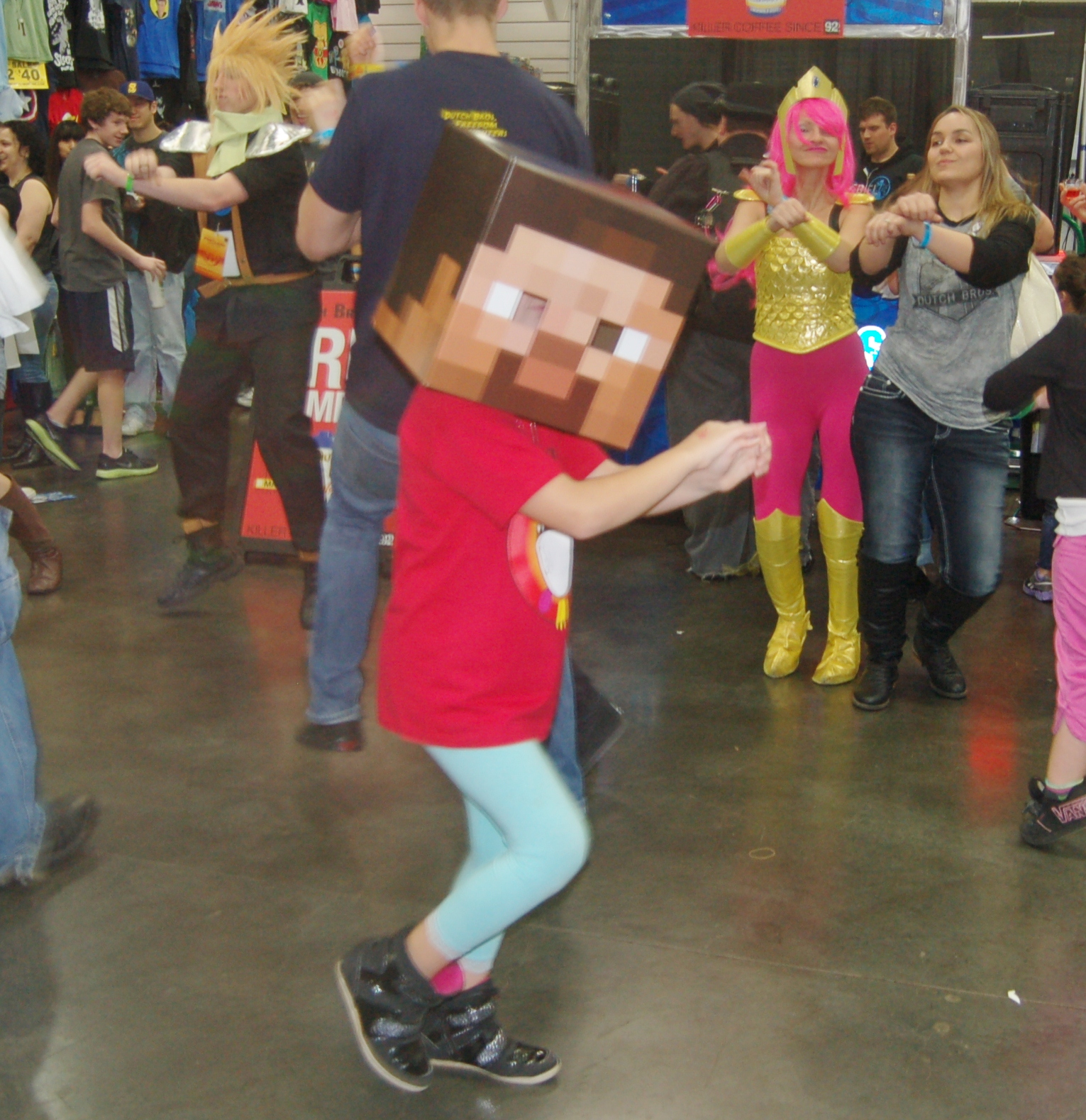