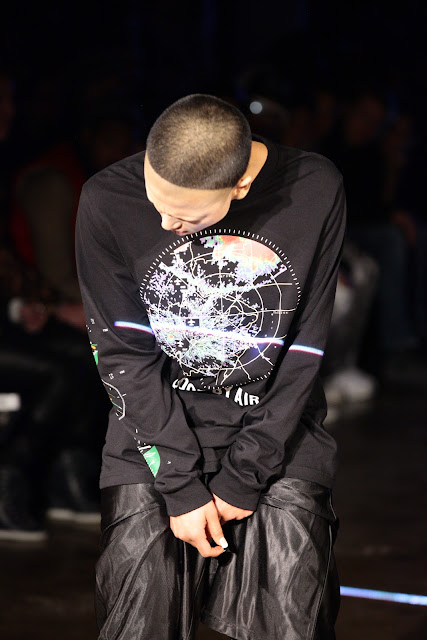 Early today at Milk's MADE Studio, Hood by Air (headed by Shayne Oliver) premiered their Fall/Winter 2013 collection amongst a crowd of ravenous and eclectic bloggers, reporters, photographers, and editors.

Unlike the high-gloss of the shows premiering at Mercedes-Benz Fashion Week, Hood by Air took another approach, inviting guests into the large, clean-looking arena that is the MADE studio in the Meatpacking District of NYC. The venue reflected the aura of the show -- post-modern, structural, and unconcerned with the concerns of beauty.

The show opened with an array of lasers and a large white cloud of fog that obscured the models just before they came into view on the runway.

The show was exciting, the energy palpable. The show's theatric leaning added an extra dimension of interest, and differentiated it from the ordinary runway show.

Watching it, I couldn't help but be reminded of Bernadette Corporation, which operated mostly strongly as a subculture phenomenon in the 1990s, a collective of people entering the fashion world and subverting it from the inside. Shayne Oliver borrows from the aesthetic of 1990s club and streetwear as well, with oversized, deconstructed pieces that look almost as though they are about to fall off the body, but miraculously cling, giving many of the looks the illusion of floating. 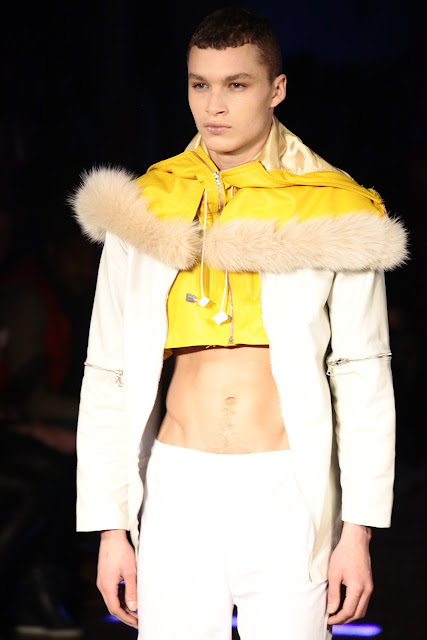 A fur hood that might otherwise conjur the idea of luxury, taken here for its own and subverted into something that exhibits strength and a unique taste.

The most striking thing about Hood by Air, though, is its conversation between street, club-kid, thumping underground and high society, and past culture.

Oliver includes accessories that might be seen on a rich woman on Park Avenue, such as a diamond earing or pearl necklace, but the piece is absorbed too by the seemingly haphazard style of everything else. When closely looked at, it becomes evident that these tokens of high society become grounding focal points for structures that are carefully planned out. 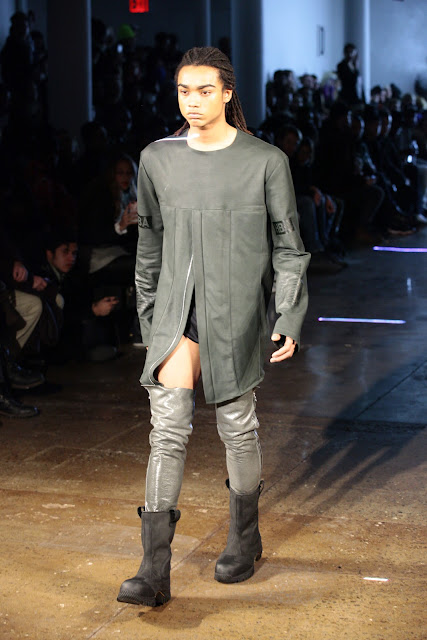 The collection involved some pieces with extremely angular arcitechture. 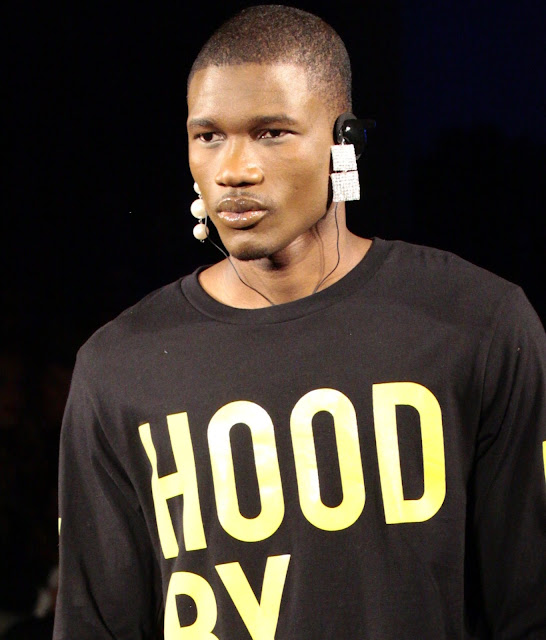 The collection inspires also a sense of the otherworldly, as a few of the models took on their own exterior, creature-like personas and danced, thrashed, and crawled their way down the runway.

The power of the clothing was enhanced by this idea of the near-paranormal, a unique style and attitude exhibited by those in the club scene. At the same time, many of the looks reflected inspirations of dress from ancient cultures.

Some looks included pieces of accessories from high society.

In the end, what this show and this brand really becomes about is power and self-expression without needing to convert to something from the mainstream.

[All Photos by Emily Heinz]