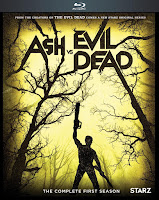 Ash vs. Evil Dead—Complete 1stSeason
(Starz)
The original Evil Dead movies, which sprayed sophomoric humor and gore all over the screen, became cult items, and this jokey half-hour comedy-horror TV series is simply more of the same: which I guess is the definition of reboot.
There’s a certain amusement in seeing the hero Ash fornicating with a gorgeous but devilish stranger in a bar bathroom, but after awhile, the infantile jokes, torn limbs and exploding heads make strange bedfellows throughout these 10 episodes. There’s a good hi-def transfer; extras are audio commentaries on all episodes and featurettes. 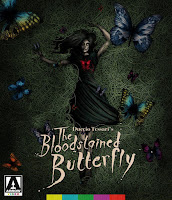 The Bloodstained Butterfly
Microwave Massacre
(Arrow)
1971’s Butterfly is more sober than the usual entries in the bloody Italian giallo genre, instead concentrates on the intricacies of police work and the courtroom than the actual bloodletting. Still, director Duccio Tessari knows how to put the screws to his victims, which will satisfy giallo fans.
1983’s Microwave Massacre—a movie as idiotic as its title—is a thoroughly inept horror flick about a man who starts eating people after killing his annoying wife. Badly acted, written (by Craig Muckler) and directed (by Wayne Berwick), it’s never repellent, just stupidly risible. Both films have nicely grainy transfers; extras are commentaries, featurettes and interviews.
The Duel 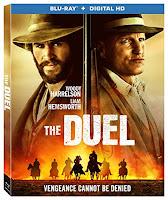 (Lionsgate)
For its first hour, Kieran Darcy-Smith’s western is a slow-moving, even enervating drama that doesn’t balance the usual aspects of the genre with an offbeat plot about a magnetic preacher who runs a violent town—and gets the new sheriff’s young wife to fall under his spell.
It’s only in the last 45 minutes or so—when the sheriff extracts his revenge—that things get occasionally exciting. Liam Hemsworth and Alice Braga are a believable sheriff and wife, but Woody Harrelson is too much Woody Harrelson to make an interesting antagonist. The hi-def transfer is fine; lone extra is a director/production designer commentary. 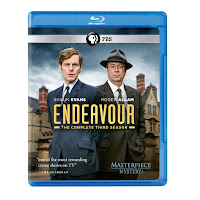 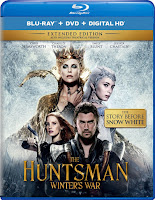 (Universal)
This unnecessary sequel/prequel to Snow White and the Huntsman misfires badly despite a high-pedigree cast led by Charlize Theron, Emily Blunt and Jessica Chastain, who shows herself as a capable action heroine (maybe a reboot of Alien is in her future?).
Chris Hemsworth is a handsome but remote hero, while director Cedric Nicolas-Troyan hits the same visual and emotional buttons so frequently so that his film wears out its welcome well before the halfway point. The film does look ravishing on Blu; extras include director Cedric Nicolas-Troyan’s commentary, deleted scenes with commentary, extended cut of the film, a gag reel and several featurettes. 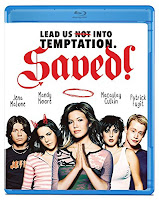 Saved!
(Olive Films)
Cowriter-director Brian Dannelly’s predictable but funny 2004 satire of ultra-religious teenagers dealing with the usual adolescent problems (namely, sex and sexual identity) relies on an ensemble of superb young performers—Mandy Moore, Heather Mazzarato, Jena Malone, Patrick Fugit, even Macaulay Culkin—as well as veterans like Mary Louise Parker and Martin Donovan.
Olive’s hi-def transfer is better than what was available previously; extras include two commentaries (one with Malone and Moore, the other with Dannelly, cowriter Michael urban and producer Sandy Stern) and two featurettes.
DVDs of the Week

Dark Horse
(Sony Pictures Classics)
This heartwarming story of a group of ordinary Welshmen and women who buy a bedraggled foal and watch him become a spectacularly successful racehorse is recounted in this unabashedly sentimental documentary by director Louise Osmond, who uses music, copious horse racing footage and informal interviews to create a pleasing equine portrait.
When the horse has a nearly fatal setback, I doubt that no one is rooting against him and all those who believed in him to make the ultimate—and nearly impossible—comeback on the racetrack.

The First Monday in May
(Magnolia)
With unprecedented access, director Andrew Rossi goes behind the scenes at New York’s Metropolitan Museum of Art to show off both its mounting the large-scale (and extraordinarily popular) 2015 China fashion exhibition and that spring’s Met Gala preparations, overseen by ubiquitous Vogue magazine editor Anna Wintour.
The fly-on-the-wall footage candidly chronicles the nail-biting prep that goes on until the very last moment, including intimate scenes of the sunglasses-wearing Wintour. Extras comprise a Rossi interview and three deleted scenes.

(IFC Films)When Congressman Anthony Weiner’s political career was interrupted by his self-inflicted 2011 sexting scandal, it was a cautionary tale about hubris, arrogance and ego; so the fact that directors Josh Kriegman and Elyse Steinberg got to follow Weiner and his wife (and Hillary Clinton aide) Huma Abedin during his abortive 2013 NYC mayoral run is nothing short of amazing.

This is a warts-and-all film about politics that no one would have allowed themselves to be shown in such a way: it’s strange that Huma okayed it, but her husband’s head is so big that it’s unsurprising he allowed this hilariously embarrassing portrait to result. Too bad there are no extras: Weiner’s commentary would have been priceless.