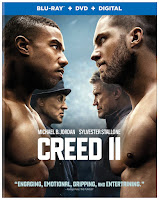 In this sequel-to-cum-remake-of Creed I and Rocky IV, the son of Ivan Drago—the Russian from Rocky IV—faces off against Adonis Creed, who wants to avenge his father Apollo (who was killed in the ring by Ivan), but his trainer, our old friend Rocky, wants no part of it.

Sylvester Stallone co-wrote the clever if draggy script, Michael B. Jordan is a fine Adonis, Tessa Thompson again has little to do as his fiancée—who discovers she’s pregnant and the couple worries over whether the child will be born hearing-impaired, as she is—and Dolph Lundgren and Brigitte Nielsen return as the humorless Dragos (Florian Munteanu plays their gargantuan boxing son). It’s entertaining enough but predictable and…well, who cares, because when Creed III appears we’ll do it all over again. The Blu-ray looks quite good; extras are deleted scenes and featurettes.

Martin Sherman’s forceful play about homosexuals in a Nazi concentration camp has been adapted into an intermittently absorbing drama by Sean Matthias—featuring Mick Jagger as a cross-dressing Berlin nightclub singer—with powerful sequences of young men being hunted down like dogs and being brutalized in the camps.

Still, it plays out more efficiently than devastatingly, even if Clive Owen is well-cast as Max, the protagonist. The 1997 film looks good and grainy on Blu; extras include cast and crew interviews, music video and on-set footage. 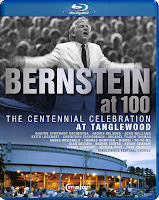 For last summer’s celebration of the centennial of Leonard Bernstein’s birth, a star-studded list of performers descended on Tanglewood in the bucolic Berkshires of western Massachusetts to perform his own music and music he advocated like Mahler and Copland. 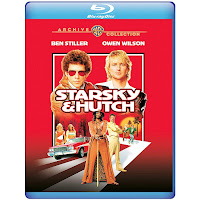 One of the most unnecessary of all reboots has the unlikely and unfunny duo of Ben Stiller and Owen Wilson doing what Stiller and Wilson always do while around them more interesting personalities—like Snoop Dog and the original Starsky and Hutch, David Soul and Paul Michael Glaser—do more entertaining things.

The 2005 movie has a fine hi-def transfer; extras include an audio commentary, deleted scenes, making-of featurette and the ubiquitous gag reel, which shows that they had more fun making the movie than we do watching it. 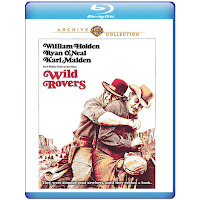 In Blake Edwards’ overlong “modern” western, William Holden and Ryan O’Neal are cowboys who become bank robbers and find they’re in way over their heads. There are some funny and memorable moments scattered throughout—especially colorful is Karl Malden as their ranchman boss—but this 1971 effort plays as a Butch Cassidy knockoff that tries to capitalize on its jokey camaraderie, and only fitfully achieves it, although Holden is a particular delight.

The widescreen drama—which includes an overture and exit music, as it did when it was originally shown in theaters—looks ravishing on Blu. 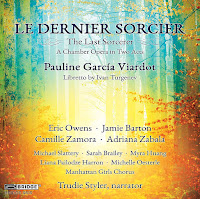 Nineteenth century French composer-pianist Pauline Garcia Viardot's Romantic chamber opera (with a libretto by Russian author Ivan Turgenev) was pretty much forgotten until it was recently unearthed. Hearing it in the composer's original form, for piano, narrator and soloists—where it sounds more like an extended song cycle than a through-composed musical theater work—might blunt its musical power (I'd love to hear the chamber orchestration), but it's still lively and often stirring throughout.