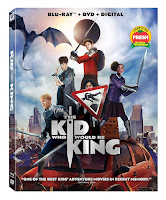 The Kid Who Would Be King

Writer-director Joe Cornish’s follow-up to his diverting 2011 mess Attack the Block is an enjoyable but overlong young adult tale about a 12-year-old missing his absent father who’s chosen by the wizard Merlin to retrieve the sword Excalibur and amass a group of skeptical schoolmates to battle the forces of darkness led by the sorceress Morgana.

While the kids’ interactions are amusing and there are enchanting moments, the movie runs out of steam well before the overblown fight sequences that marry overloaded CGI to pretty ridiculous plotting. There’s a sparkling hi-def transfer; extras include deleted scenes and featurettes. 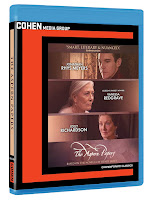 Henry James’ stories have made bumpy transitions from page to screen, and this adaptation of his novel about a young American visiting Venice who delves into the life of a famous European poet who discovers secrets about the poet’s now-aged muse and her spinster niece—is the inauspicious debut of cowriter-director Julien Landais.

The film looks magnificent and the acting of Joely Richardson and her real-life mother Vanessa Redgrave has the necessary gravitas, but Jonathan Rhys-Myers seems uncomfortable with a flat American accent and dour countenance, and Landais’ fuzzy direction doesn’t help. It looks enticing enough on Blu; lone extra is a conversation among Landais, producer Gabriela Bacher and executive producer James Ivory. 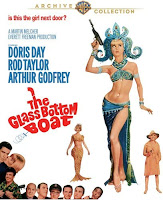 1973’s Cleopatra Jones is a mediocre crime drama starring Tamara Dobson as the title detective who uses unorthodox methods to track down suspects; there’s not much to it except for a weirdly funny turn by Shelley Winters as a psychotic mob boss. 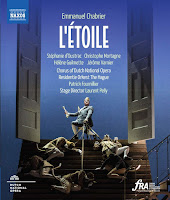 Emmanuel Chabrier’s frothy opera bouffe gets a glitzy staging at Dutch National Opera in 2014 by director Laurent Pally, who makes the crazed plot about a mad monarch looking for someone in his kingdom to execute as effervescent as Chabrier’s radiant score.

The music is played with panache by The Hague’s resident orchestra under conductor Patrick Fournillier, while vocal standouts are Christophe Montagne as the king and Stephanie d’Oustrac as the princess. Hi-def video and audio are ideal. 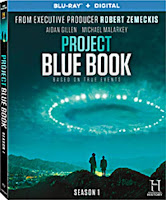 This sci-fi series featuring the investigations of UFO detective J. Allen Hynek begins when his career does, studying curious cases of paranormal activity in the ‘50s and ‘60s while he’s with the U.S. Air Force. Despite such a taut subject, the series never catches fire as it balances its investigatory aspects with its hero’s mundane domestic matters.

The man who did so much to further the legitimacy of UFOs (he even had a cameo in Steven Spielberg’s classic Close Encounters of the Third Kind) deserves a more substantive vehicle: even Aiden Gillen’s portrayal of Hynek seems unnecessarily subdued. The hi-def transfer is excellent. 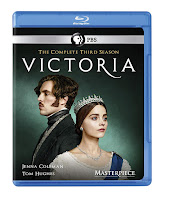 In this absorbing historical drama’s third season, the young queen shows her experience and mettle in a fraught year—1848—that sees upheaval throughout Europe.

The riveting Jenna Coleman easily carries the weight of the drama, and she’s ably complemented by such actors as Laurence Fox, Kate Fleetwood, Alex Jennings and Tom Hughes, her beloved Albert, who collapses on the floor in season’s final moments. There’s a first-rate hi-def transfer; extras include interviews and featurettes.

In a drama not sordid enough to be a guilty pleasure but not deep enough to be taken seriously, four young women unable to find decent work start a website and make money off desperate men willing to pay for online pleasure.

Mirca Viola directs unsubtly, which is too bad because despite the exploitative subject, the actresses are capable of providing substance to what could be merely male fantasies: Alessia Piovan, Sveva Alviti, Ilaria Capponi and especially Antonia Liskova as the brains behind the outfit deserve better. 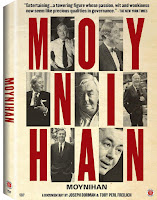 New York senator Daniel Patrick Moynihan worked in government for decades—eventually retiring and giving his senate seat over to Hillary Clinton—and died at age 76 in 2003, so it’s something of a miracle that directors Joseph Dorman and Toby Perl Freilich are able to touch on so much of his eventful career in this absorbing documentary portrait.

Moynihan was a complicated man, at times on the wrong side of issues, notably race—as such evenhanded commentators as Ta-Nehisi Coates and Congresswoman Eleanor Holmes Norton discuss—but he could also forge compromises to keep the country moving forward, something we are sorely in need of right now. 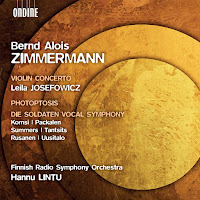 Uncompromising modernist composer Bernd Alois Zimmermann, who committed suicide in 1970 at age 52, was best known for his hard-to-perform opera Die Soldaten, which requires massive orchestral, vocal and staging forces. Zimmermann made his mark in many genres, as this excellent new disc attests.