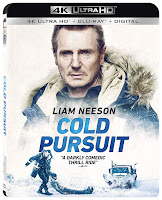 Liam Neeson, who has played a mild-mannered, middle-aged regular guy action hero in his most recent movies, plays another wronged father who tracks down members of the drug gang he holds responsible for the death of his son.

Director Hans Petter Moland sets his gritty actioner amid Colorado’s mountainous terrain, which provides glorious snowbound shots as the backdrop for Neeson’s latest round of extracting vengeance. The film has a superior hi-def UHD and Blu-ray transfer; extras include Neeson and Moland interviews, on-set featurette and deleted scenes. 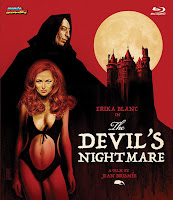 Directed with authority by Belgian Jean Brismée, 1973’s Devil’s Nightmare provides 95 minutes of “guilty pleasure” thrills as an agent of Satan and his succubus set their sights on the souls—and bodies—of a group of tourists staying at Baron von Runberg’s castle, which houses the darkest family secret.

Alternatively, Sam Mason-Bell’s inept Industrial Animals follows a prostitute only too willing to do her client’s bidding—until the gory twist ending. At least Tamsin Howland (who co-wrote with Mason-Bell) is unafraid to do anything onscreen, however demanding or demeaning. Both films have fine hi-def transfers; extras include interviews and commentaries.

This Rebel Wilson rom-com vehicle is a rather desperate attempt to put her in what purports to be a rom-com parody but uses the very clichés that make such movies unpalatable.

Wilson is her usual tenacious, sarcastic self, but even at 88 minutes this feels stretched out, especially when the Whitney Houston karaoke sequence goes on seemingly endlessly. There are a couple of decent laughs and some good-natured ribbing of the genre, but it’s still forgettable fluff. The film looks fine on Blu; extras are deleted scenes and a making-of featurette. 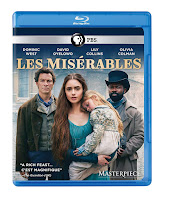 I doubt that we needed yet another adaptation of Victor Hugo’s massive novel about the decades-long manhunt by police inspector Javert against our hero Jean Valjean, who finds his life imperiled every time he seems to have settled down into domesticity.

But this six-plus-hour, slavishly faithful version—starring Dominic West as Valjean, David Oyelowo as Javert, Lily Collins as Fantine and Ellie Bamber as Cosette—is entertaining in spite of itself, especially since Hugo’s prose makes the melodramatic turns less risible on the page than they are visualized onscreen. (It’s also nice to the watch the story play out without the musical’s songs for a change.) There’s a splendid-looking hi-def transfer; extras include cast interviews.

One Sings, the Other Doesn’t 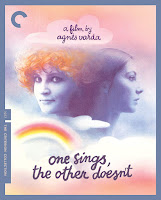 Agnès Varda’s intimate 1976 portrait of two women whose lives converge and diverge throughout a couple of decades has many lovely and pertinent observations, but too much of it is slight, shallow and entirely unsurprising.

In the leads, Thérèse Liotard and Valérie Mairesse—unfamiliar faces to most—are charming and winning, but Varda’s final shot (a loving closeup of her then-teen daughter Rosalie) gives away the game as an unsubtle valentine to independent women. Criterion’s hi-def transfer looks perfect; extras include a documentary of Varda on-set, Women Are Naturally Creative, directed by Katja Raganelli; and Varda’s shorts Réponse de femmes (1975) and Plaisir d'amour en Iran (1976). 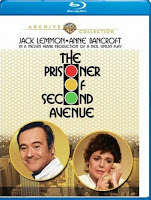 The Prisoner of Second Avenue

Melvin Frank’s 1975 adaptation of Neil Simon’s play, a scattershot comedy about a Manhattan ad executive who has a breakdown after losing his job in the heat of a scalding summer, has two aces in the hole: Jack Lemmon as the exec and Anne Bancroft as his wife.

Whatever the deficiencies in Simon’s script—peppered with one-liners both hilarious and groan-inducing—and Frank’s bumpy pacing, Lemmon and Bancroft show how skilled they are playing off each other, making this so-so comedy a lot more entertaining than it should be. The Blu-ray transfer looks terrific; extras are a Dinah Shore talk show segment with Bancroft and vintage making-of. 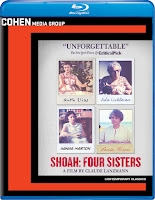 Claude Lanzmann’s monumental nine-hour 1985 Holocaust classic Shoah—which remarkably showed no archival footage of the camps or Nazi atrocities—allowed witnesses to talk to give a necessary record of unspeakable inhumanity.

Lanzmann conducted dozens of hours of interviews with other survivors that didn’t make it into Shoah, and before his death last July edited some of them into new films, like Four Sisters. This multi-part film comprises lengthy, painful but illuminating discussions (all from the 1970s) with a quartet of eastern European Holocaust survivors who describe the indescribable. It’s a touching capstone to Lanzmann’s monumental career. There’s a first-rate hi-def transfer; lone extra is a talk by philosopher Bernard-Henri Levy. 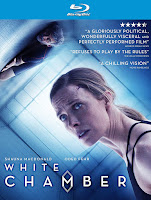 In Paul Raschid’s one-note dystopian sci-fi, all the action occurs in the title room, where enemies of the government are tortured through psychological and physical methods—and the torturer ends up becoming the tortured.

Cardboard characters and an entirely predictable “twist” ending dilute what could have been a provocative cautionary tale. Shauna MacDonald gives it her all in the lead, especially physically, but she’s cheated by the familiar and hollow route the story takes. There’s a decent hi-def transfer. 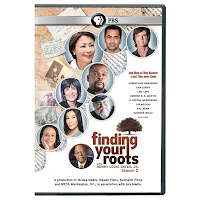 In the 10 episodes of the new season of delving into several celebrities’ pasts, host Henry Louis Gates once again digs up unexplored stories and unexpected ancestors of his guests, navigating the strange paths which their family histories took—some heroic, some less than heroic.

Of the 26 guests he sits down with, Gates takes Marisa Tomei, Ty Burrell and Joe Madison on the most eye-opening journeys; he even finds that some of his guests are surprisingly related. 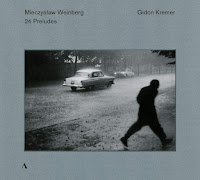 The vital, forceful music of Russian composer Mieczysław Weinberg (1919-1996) has become more visible on recordings and in live performances. Case in point: violinist extraordinaire Gidon Kremer, who is part of two new Weinberg discs. The first is Kremer’s own violin arrangement of Weinberg’s 24 solo cello preludes, making them as seductive as such succinct works can be over the space of 50 minutes. 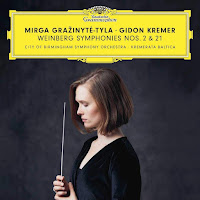 The second, far more substantial disc pairs two of the master’s symphonies. Kremer and his ensemble Kremerata Baltica plays the second symphony, written for a string orchestra. While a formidable piece, it pales next to the 21st symphony, subtitled “Kaddish,” a powerful and haunting meditation on the Holocaust that features Kremer’s own soaring violin solos.

Mirga Gražinytė-Tyla superlatively conducts the City of Birmingham Symphony Orchestra in a performance full of feeling, and the conductor even adds her ethereal vocals to the quietly devastating conclusion.