4K Release of the Week 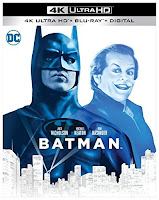 The Batman films made between 1989 and 1997 return in new 4K editions that provide more visual clarity than ever. Tim Burton’s Batman and Batman Returns, with Michael Keaton as the caped crusader, are the best of the lot, mainly because the villains are so strikingly original: Jack Nicholson’s Joker, Danny DeVito’s Penguin and especially Michelle Pfieffer’s Catwoman.

The mediocrities Joel Schumacher directed—Batman Forever (Val Kilmer) and Batman and Robin (George Clooney)—suffer from uninteresting heroes and cardboard bad guys. Still, fans will want all four (a boxed set will be available in September for those who can wait). Extras comprise previous bonus features: commentaries, interviews, deleted scenes, featurettes and music videos.

These bingeable new series are worth checking out, starting with Blood, which follows a black-sheep daughter who returns home after her mother’s death and immediately suspects that her father may have been involved. In London Kills, a group of elite detectives investigate the capital’s most horrific crimes.

Both shows have fine writing, incisive acting (particularly by Carolina Main in Blood) and intriguing atmosphere. There are superior hi-def transfers; extras include on-set featurettes and interviews. 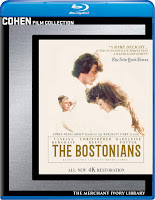 The second Merchant-Ivory adaptation of Henry James—following 1979’s The Europeans—is this 1984 melodrama set in 1876 Boston about a suffragette spinster (Vanessa Redgrave) and the vivacious young woman (Madeleine Potter) both she and her chauvinistic cousin (Christopher Reeve) are interested in.

Filmed with solid craftsmanship but lesser inspiration, this dutiful drama is enlivened by Redgrave’s Oscar-nominated portrayal; too bad Reeve and Potter don’t have the same combustibility in their scenes together. There’s a splendidly restored hi-def transfer; extras include new Ivory interviews. 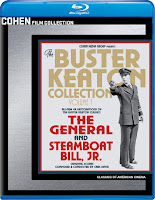 The first Cohen Keaton collection features one of his greatest comedies, The General (1926), a hilarious Civil War-era farce about a Confederate Army reject who becomes a hero after the Union Army hijacks his beloved locomotive. This is a movie you can’t look away from because so much is going on you don’t want to miss anything. The stunts are astounding even by Keaton’s daring, exacting standards.

The other film, Steamboat Bill Jr. (1928), ambles along for a while, then pays off late when Keaton is caught in a hurricane and flood, sequences so stunningly audacious (winds blow Keaton about and houses crumble around him, all expertly done by the star, of course—no stunt doubles or CGI) that you watch the final 20 minutes with your jaw on the floor. If you never thought 90-year-old films would look eye-popping in hi-def, think again. Extras are featurettes and Carl Davis’ orchestral scores.

Everyone Stares—The Police Inside Out 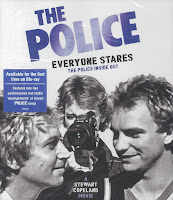 Early on, the Police’s drummer Stewart Copeland grabbed a camera and proceeded to film Sting, Andy Summers and himself as they toured the world on their way to becoming the biggest band on the planet in the mid ’80s. This intimate portrait of the trio goofing around, arguing, bonding and playing onstage has a home-movie quality that makes it a valuable document of a rock group at its zenith. 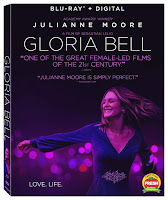 Julianne Moore gives another tremendously affecting and subtle performance in Chilean director Sebastián Lelio’s own remake of his 2013 feature Gloria, now following a middle-aged American grandmother who feels alive, if only briefly, by spending evenings dancing, drinking and meeting men.

If Lelio stacks the deck dramatically by letting the man she falls for (a creepily authentic John Turturro) be a scumbag and her own kids be indifferent to her, Moore is unafraid to show this woman physically and emotionally naked, even making a downer ending cathartic and even transcendent. The film has a solid hi-def transfer; extras include Lelio’s commentary and a making-of featurette. 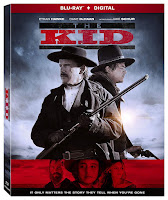 In Vincent D’Onofrio’s diverting western about sheriff Pat Garrett and outlaw Billy the Kid, the kid of the title is not Billy but Rio, a young man who enlists the protection of Garrett to keep his sister’s abusive husband away.

Despite the familiarity of the subject, D’Onofrio’s smart pacing and the fine cast—led by Ethan Hawke as Garrett and Jake Schur as Rio—makes this vivid and memorable. There’s a super-looking hi-def transfer; lone extra is an on-set featurette. 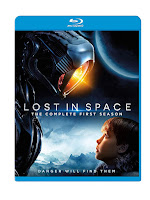 This unnecessary reboot of the classic 1960s TV series has erased nearly everything that made the original fun—sympathetic family, delightful robot, wacky villains/sci-fi plotting—and replaced it with self-seriousness bordering on condescension.

Despite the always welcome appearance of Molly Parker as mom Maureen Robinson, there’s little to these 10 episodes other than the elaborate effects to recommend it to fans of the original. The hi-def transfer looks enticing; extras include deleted scenes, featurettes and No Place to Hide, a colorized unaired pilot episode from the original series.

In anticipation of this summer’s new Shaft movie, Warner Archive releases the two Shaft sequels, both starring Richard Roundtree as the eponymous private eye. Shaft’s Big Score (1972) and Shaft in Africa (1973) are grittily, unapologetically violent, with Roundtree in solid form throughout.

Gordon Parks, who helmed the original, directed Big Score and contributed its famously funky music, while vet John Guillermin did the honors for Africa; both films are more entertaining than one might have expected. Both hi-def transfers are quite good. 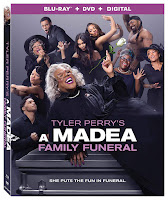 Although Tyler Perry’s supply of comic vehicles seems inexhaustible, the actual comic worth is problematic, as his latest entry—in which a family reunion turns into a funeral—can attest.

Still, Perry adroitly juggles his usual stable of characters and there is one sequence—a white policeman pulls over a car filled with Medea and family—that makes a cogent point beyond Perry’s usual cheap laughs. There’s a first-rate hi-def transfer; extras are deleted scenes, outtakes and featurettes. 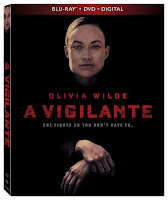 If you’ve ever wanted to see Olivia Wilde seriously pounding on men for their disgraceful behavior against women, here’s your chance—of course, it turns out her protagonist is assisting other women because of her own horribly abusive relationship (and, natch, he returns to interrupt her avenging angel activity).

Writer-director Sarah Daggar-Nickson’s approach is blunt, nuance be damned—fine as far as it goes, which unfortunately isn’t very far. Wilde does surprisingly well with this cipher, her physicality a prominent, and compelling, feature of her performance. The hi-def transfer is excellent; lone extra is a making-of featurette.