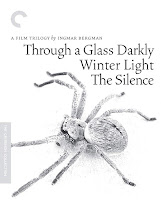 A Film Trilogy by Ingmar Bergman

The films composing Ingmar Bergman’s so-called “faith” trilogy—1961’s Through a Glass Darkly and 1963’s Winter Light and The Silence, all masterly explorations of placing God and religion in a mainly secular modern world—are as relevant and riveting as ever. Extraordinary performances—Harriett Andersson in Darkly, Gunnar Björnstrand in Light, and Ingrid Thulin and Gunnel Lindblom in Silence—are of a piece with Bergman’s probingly truthful artistry.

Criterion’s hi-def transfers magnificently bring out the shades of grey in Sven Nykvist’s luminous black and white camerawork; extras include Ingmar Bergman Makes a Movie, a full-length documentary on the set of Winter Light; interviews with Andersson, Björnstrand and Nykvist; and Bergman’s own introductions to the films. 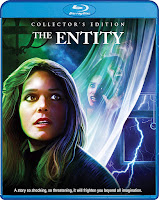 The committed and generous performance by Barbara Hershey is the best thing about Sidney J Furie’s partly spooky, mainly risible 1982 psychological horror entry about a woman physically assaulted and nearly killed by a mysteriously malevolent spirit.

Supposedly based on a true story, the movie does attempt to give science and medicine their due but soon becomes a relentless accumulation of haunted-house tropes that end up overwhelming Hershey’s otherwise believable and winning presence. There’s a first-rate hi-def transfer, new interviews with Hershey, actor David Labiosa, composer Charles Bernstein and editor Frank J. Urioste, and a vintage making-of.

The Haunting of Sharon Tate 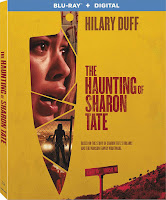 Rarely are movies so egregiously pointless as writer-director Daniel Farrands’s proudly arrogant retelling of the Charles Manson murders from the point of view of—get this—the actual victims, particularly actress Sharon Tate, who was eight months pregnant with husband Roman Polanski’s baby when she was brutally murdered along with several others by Manson family members in August 1969.

Farrands uses the sordid episode to reenact the killings themselves—twice! First we see the mutilated corpses then, for good measure, the actual killings: as dreamt by Tate herself in a head-scratchingly exploitive moment. The hi-def transfer is excellent, at least; extras are Ferrands’ commentary and a making-of featurette. 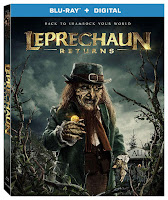 In this highly unwanted follow-up to a series of forgettable horror entries from 15-25 years ago, writer-director Steven Kostanski has decided that clever but ludicrous new ways to kill innocent idiots, like having someone cut literally in half horizontally or running over a mailman’s head while it’s stuck in a mailbox, are the sole reason needed to make a movie.

Indifferently acted and shot, this plays like a bad, drug-induced, hazy dream, but actually—and yawningly—sets up yet another Leprechaun entry, of course. It looks decent on Blu-ray; extras include on-set footage and a Kostanski interview. 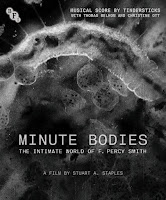 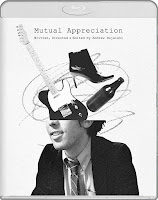 Along with his earlier Funny Ha Ha, this prime example of mumblecore is Andrew Bujalski’s dated (2005), extremely slight comedy about a group of bumbling young adults’ impossible-to-care-about problems.

Bujalski has since graduated to far better fare like last year’s Support the Girls, so this plays like an historical artifact more than a real movie, but as always, your mileage may vary. There’s a sparkling transfer of the shuddery black-and-white movie; extras include a new Bujalski interview; Peoples House, Bujalski’s 2007 short; “Vampira” video intro; and observations from parents of the cast and crew.

A Patch of Blue 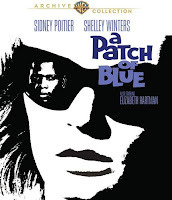 Although far too sentimental in its study of a blind white woman—living with her abusive mother (who caused her blindness!) and drunken grandfather—and the perfect black man she falls for, Guy Green’s 1965 romance remains a touchstone for ‘60s movies in its depiction of a loving interracial relationship.

Elizabeth Hartman and Sidney Poitier’s exceptional portrayals triumph over Jerry Goldsmith’s sappy score and Green’s syrupy underlining to keep racists at bay—apparently the kissing scenes were excised in theaters in the South—but only Shelley Winters’ blustery overacting was what earned an Oscar. The B&amp;W film looks great on Blu; extras include a vintage featurette, A Cinderella Named Elizabeth, especially poignant since Hartman killed herself in 1987 at age 44. 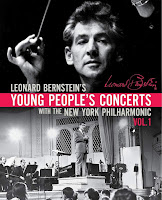 While leading the New York Philharmonic, conductor Leonard Bernstein—musical polymath and brilliant teacher, easily able to discuss music to audiences aged 7 to 70—hosted concerts for children in which the orchestra plays works familiar and unfamiliar and he describes what makes the music relevant and entertaining.

This four-disc set collects 14 episodes from the series that CBS aired (in prime time!) from 1958 and 1972, as music by Mahler and Stravinsky is heard alongside jazz and folk, with Bernstein’s illuminating commentary leading the way. The ancient televised episodes look fine though unspectacular on Blu; extras are three Young Performers excerpts.

The devil Steve Bannon is chronicled in Alison Klayman’s straightforward documentary that shows how his brand of right-wing populism is not organic, genuine or reality-based; instead, it’s the latest charlatan’s guise donned to keep himself relevant and rich.

He’s succeeded beyond his wildest dreams but the world is unfortunately being remade in the image of those who follow him, from tRump and Breitbart to clueless sycophants who don’t realize (or care) that they’re voting against their own interests. This evenhanded portrait is simultaneously sobering, depressing and horribly addictive. Extras are additional interviews and scenes. 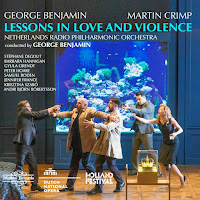 George Benjamin—Lessons in Love and Violence

George Benjamin’s follow-up to his breakthrough opera, Written on Skin—whose spiky music and intense dramatics were satisfyingly coupled with committed collaborators and interpreters—is a static drama based on Christopher Marlowe’s play Edward II.

Benjamin is merely marking musical time here, and the lack of visuals (the Blu-ray of a performance was released several months ago) doesn’t help with the lack of any dramatic urgency. At least there are reliable singers Barbara Hannigan and Stephane Dagout to help elevate the work vocally whenever it sags.