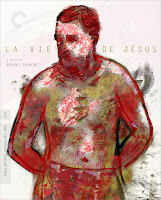 French director Bruno Dumont has made alternately hypnotic and infuriating dramas about individuals approaching states of grace in their singular ways; in that sense, he’s a legitimate successor to Robert Bresson. But Dumont’s best film remains his first, this 1997 study of an epileptic young man in a rough-hewn seaside town in northern France, where Dumont himself grew up.

The director has found the perfect locales in which to play out his dissection of spiritual malaise, and his amateur cast—led by one David Douche as the alternate brutal and gentle hero of sorts—responds with astonishing realism. The film’s gritty cinematography by Philippe Van Leeuw looks especially potent in hi-def; extras include Dumont interviews from 1997, 2014 and 2019. 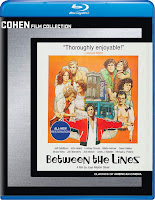 Joan Micklin Silver’s 1977 comedy drama about the messy professional and private lives of young journalists at a Boston alternative weekly has attained a certain cache thanks to an estimable cast of then-unknowns who did better work elsewhere: Lindsay Crouse, John Heard, Jill Eickenberry, Jeff Goldblum, Bruno Kirby and Marilu Henner.

Though at times insightful, the film lurches from episode to episode too disjointedly. There’s also the late, lamented Gwen Welles, an actress who died far too young at 42 in 1993. The new hi-def transfer is excellent; lone extra is a new Silver interview. 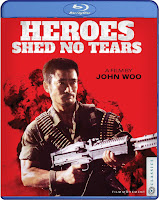 This early John Woo shoot-em-up, set on the Vietnam-Laos border, follows a mercenary soldier whose wife and young son’s lives are in peril when he crosses a sadistic colonel.

There’s non-stop action and blood-letting—most of it implausible, and when the mercenary’s son evades a raging inferno, downright risible—but the 88 minutes fly by, which has always been Woo’s forte. The hi-def transfer looks terrific; extras include a new interview with the movie’s star, Eddy Ko. 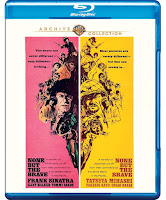 None but the Brave

In novice director and star Frank Sinatra’s hands, this 1965 WWII drama—about what happens after American marines crash-land on a remote Pacific island inhabited by a platoon of Japanese soldiers—wavers uneasily between psychological study and “can we just get along” liberal pieties.

Director Sinatra, who plays the Americans’ drunken doctor, is unable to avoid a mire of clichés throughout, making this an honorable failure that nevertheless anticipated Clint Eastwood’s Flags of Our Fathers/Letters from Iwo Jima by nearly four decades. There’s a fine hi-def transfer.

French artist Edgar Degas kept his distance from his impressionist cohorts, going his own way in the paintings and sculptures of racehorses and ballet dancers for which he is best known.

This 90-minute documentary, in conjunction with a traveling exhibition at the Fitzwilliam Museum in Cambridge, England, is a fine overview of the artist’s background and artistry, and doesn’t sugarcoat his virulent anti-Semitism, which reached its apex during the sordid Dreyfus affair. Extras are additional interviews and a glimpse at the museum.

Matthias Tiefenbacher’s exciting four-film 2015 mini-series follows a secular Jewish detective whose investigation of a Berlin murder case propels her on a journey to Tel Aviv, where she begins a new life colored by her religion—and her decision to become a detective in Israel.

These refreshingly sharp procedurals are highlighted by the always on-target portrayal of Stein by German actress Katharina Lorenz. Four 90-minute episodes are included on two discs. 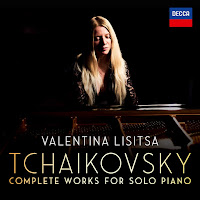 Valentina Lisitsa has given herself a monumental task by performing all of Pyotr Ilyich Tchaikovsky’s solo works for piano—10 CDs worth, over 11 hours of music—but she succeeds brilliantly. Although Tchaikovsky’s music has been criticized as being too flashy, too flagrantly sentimental, it is technically impressive and anything but mechanical.

Lisitsa’s flawless playing follows suit, finding the joyful musicality in the two sonatas and the innate playfulness in his Children’s Album. Then there are the fiendish technical challenges of the solo-piano versions of The Nutcracker and the 1812 Overture, which she masters with hair-raising ease.