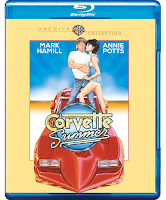 Matthew Robbins’ breathless 1978 comic romance stars Mark Hamill (fresh off Star Wars) as a high school mechanic who improbably sets out for Vegas when the beloved Corvette he was working on is stolen—and he meets a prostitute in training who (equally) improbably falls for him.

This forgettable concoction does have one thing in its favor: a truly delightful turn by Annie Potts as the would-be hooker with a heart of gold. The film looks fine on Blu. 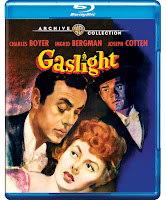 The term “gaslighting” originated with this dated but entertaining thriller about a murderous husband driving his young wife insane by degrees; George Cukor’s 1944 adaptation of Patrick Hamilton’s play hinges on the performances of Charles Boyer and Oscar winner Ingrid Bergman as the couple, along with memorable turns by 18-year-old Angela Lansbury as a saucy maid and Joseph Cotton as the detective pursuing the husband. 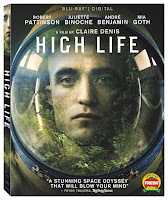 Claire Denis’ first foray into sci-fi is a typically diffuse tale of a group of criminals on the first spaceship to explore a black hole and how the power dynamics play out, as the mission’s doctor (Juliette Binoche) conducts unethical experiments that lead to a baby being born among the crew.

Surprisingly, Denis opts for easy conflicts and routine drama, and there’s not much room for the cast to shine: even Binoche—the lone highlight of Denis’ most recent failure, Let the Sunshine In—looks lost. There are a few arresting images, but these occur in a dramatic and thematic vacuum. There’s a superior hi-def transfer; extras are making-of featurettes. 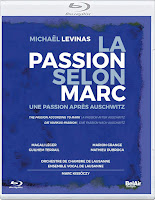 The Passion According to Mark—A Passion After Auschwitz, by French composer Michaël Levinas, is an exceedingly dissonant work whose sounds are remindful of what happened to those millions who were killed by the Nazis.

Led by countertenor Guilhem Terrail (whose unearthly voice perfectly embodies the otherworldly music), this performance led by conductor Marc Kissóczy is unsettling to be sure, right up until soprano Marion Grange’s emotionally resonant singing at the finale. Hi-def audio and video are excellent. 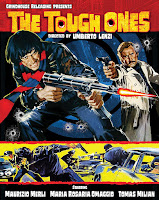 In this prime example of mid-70s Italian poliziotteschi, director Umberto Lenzi follows cops who will do anything—ethical or not—to bring criminals to justice, whether they are gang-raping, killing or thieving. The cast is game, the Rome locales are happily unprettified and untouristy, and Lenzi’s direction is down and dirty.

It all looks great in a new hi-def transfer; extras include a disc of interviews, a documentary on Lenzi’s career and even a special surprise inside, like a Crackerjack box.

The original Poldark, shown on television in 1975-77, is in many ways a more faithful adaptation of Winston Graham’s novels about Ross Poldark and his ongoing adversarial relationship with his cousin Francis, who married Ross’ sweetheart Elizabeth, all while Ross begins a new life with his own bride Demelza.

There’s little of the swooning good looks of the current Masterpiece reboot’s cast, but these performers—led by Robin Ellis as Ross, Jill Townsend as Elizabeth, Clive Francis as Francis and Angharad Rees as Demelza—may fit into their roles more snugly and believably. All 29 episodes of the original series (on five discs) are included in this set.

This story of a woman on a solo boat trip begins like another All Is Lost (with Robert Redford) or En solitaire (with François Clouzet) as a lone skipper against the elements, but director Wolfgang Fischer soon pivots it into a moral thriller about the implications of Europe’s migrant problem. 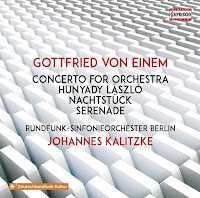 One of the most unabashedly tonal composers who came of age after World War II in Austria, Gottfried von Einem is best-known for his operas Danton’s Death, The Trial and The Visit of the Old Lady, all satisfyingly dramatic if musically old-fashioned.

That straightforward style is showcased on this disc of four of his orchestral works, from his 1944 Concerto for Orchestra to his 1981-2 Three Gifts. All of these works—always arresting if at times facile in their proficient polish—are given substantive readings by the Rundfunk-Sinfonieorchester Berlin under the agile baton of Johannes Kalitzke.