DVD Boxed Set of the Week 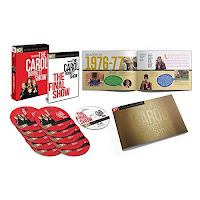 The Best of the Carol Burnett Show—50th Anniversary Edition

The funniest woman to ever appear on television—sorry, Lucille Ball—Carol Burnett hosted her comedy-variety show for 11 seasons (1967-78), and this superlative set housing 21 DVDs shows how hilarious Burnett and her costars Harvey Korman, Tim Conway, Lyle Waggoner and Vicki Lawrence were as they dazzled audiences with improv skills and manic attempts at making one another break down.

The 60 episodes in this massive is set include highlights such as “The Family,” “As the Stomach Turns,” “Went with the Wind” and “The Oldest Man”; the emotional final episode is also featured. The terrific extras include interviews with Carol, Vicki, Tim, Alan Alda, Julie Andrews, Carol Channing, Steve Lawrence, Don Rickles, and others; cast reunion and backstage tour of Studio 33; outtakes; and several featurettes.

Writer-director (and army veteran) Samuel Fuller’s semi-gritty 1962 WWII drama follows a battalion of American soldiers fighting in the Pacific theater during the 1944 Burma campaign—shot on location in the Philippines, the film moves swiftly if somewhat blatantly, Fuller’s visual sense more fully-realized than the one-dimensional characters. 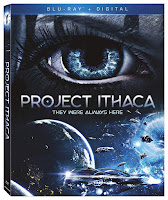 Nicholas Humphries’ ungainly sci-fi/thriller/horror hybrid revels in unpleasantness and awfully standard-issue chicanery as five strangers are kept restrained aboard an alien spacecraft without knowing why they were kidnaped.

Although they (and we) eventually find out—after 85 minutes of mostly unimaginative narrative and visual flourishes—there’s nothing here that wasn’t done better in everything from The Matrix and Alien to Saw. There is an excellent hi-def transfer, at least.

In Philip Ridley’s eye-poppingly creepy 1990 feature, a young boy (growing up on a Midwest farm in the idyllic ‘50s with his sullen mother and closeted father) is horrified when his older brother begins an affair with an English widow who he thinks might be a vampire. 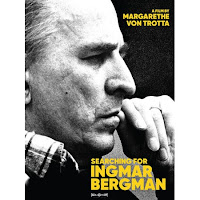 Margarethe von Trotta’s very personal look at the great director starts with her memory of seeing The Seventh Seal for the first time in Paris. Von Trotta’s journey takes her to where Bergman’s genius was most felt: Sweden, where she speaks to one of his muses, Liv Ullmann, and his sons—who candidly discuss their often distant relationship with him; and von Trotta’s own Germany, where Bergman escaped to Munich in the ‘70s as a tax exile and directed plays and films.

If Searching never really finds him, that isn’t von Trotta’s intent: rather, it’s an essay about the impossibility of separating genius from the flawed individual making art. The hi-def transfer is superb; extras are a von Trotta interview and panel discussion with von Trotta, her son Felix Moeller and the Bergman Foundation’s Jan Holmberg. 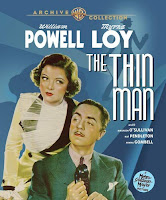 This classic 1934 comedy-mystery—adapted from a Dashiell Hammett novel—has some stale moments of dated humor, but William Powell and Myrna Loy are an unbeatable match as Nick and Nora Charles, solving the mystery of the title character’s disappearance. W. S. Van Dyke’s directing is competent and effective, and the material and actors are delightful.

The B&W film looks wonderfully detailed on Blu-ray; extras are a 1957 episode of the TV series Nick and Nora starring Peter Lawford and Phyllis Kirk (and an uncredited Frank Sinatra pops up) and a 1936 radio version starring Powell and Loy. 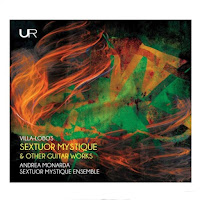 The captivating music of Brazilian composer Heitor Villa-Lobos (1887-1959)—which encompasses everything from 17 string quartets to a dozen symphonies, several concertos, and his great series of Bachianas brasileiras, especially No. 5, his most famous work, for wordless soprano and a cello octet—is distilled to its essence in these works for solo guitar.

The two sets of preludes and etudes, as expressively performed by Andrea Monarda, are the apotheosis of what that six-stringed instrument can do. An exuberant performance of his beguiling Sextuor Mystique—a sextet for flute, oboe, celestra, harp, saxophone and guitar—rounds out this impressive recording.