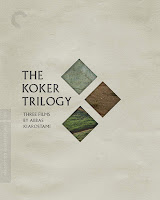 Iranian director Abbas Kiarostami, who died in 2016, was best-known for his loosely structured trilogy of films set in his country’s Koker region: 1987’s Where Is the Friend’s House?, 1992’s And Life Goes On and 1994’s Through the Olive Trees. These endlessly inventive mixtures of fiction and documentary are self-reflexive explorations that mark the pinnacle of an impressive career, and were immeasurably valuable in giving Iranian cinema a prominent place internationally. 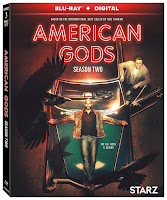 In the second season of this tense and gleefully bizarre fantasy drama, the Old Gods and New Gods—when they’re not making the life of our mortal hero, Shadow Moon, extremely difficult—converge on Cairo, Illinois because—hey, why not?

There’s a mighty starry cast on board—led by Ian MacShane, Emily Browning and Peter Stormare, and even including Cloris Leachman and Crispin Glover!—to keep us occupied when the plotting goes off the rails, as it frequently does. There’s a fine hi-def transfer; extras comprise three making-of featurettes. 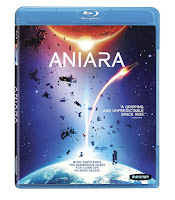 In this existential Swedish sci-fi feature—based on Nobel Prize winner Harry Martinson’s eponymous 1956 poem—a city-size ship carrying humans to a new home on Mars goes wildly off course after hitting space debris, sending the vessel into the stratosphere; those onboard must deal with the psychological ramifications, including murder and suicide, for starters.

Directors Pella Kagerman and Hugo Lilja have made a thoughtful if diffuse study of human nature reverting to its most elemental state when confronted by a mortal—and moral—crisis. There’s a fine hi-def transfer; extras include several making-of featurettes. 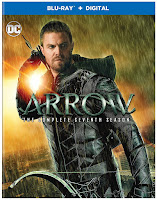 The ramifications of the series’ hero Oliver Queen’s decision to admit that he is the Green Arrow continue to reverberate, especially when he’s released from prison and his cousin becomes the new Green Arrow—but is not all she seems to be.

The 22 episodes present a roller-coaster ride of dramatics, especially when it jumps 20 years into the future; but the cast—led by Steven Amell and Katie Cassidy Rodgers—keeps it honest. The hi-def transfer is superb; extras include Comic-Con panel, San Diego 2018; featurettes, gag reel and deleted scenes. 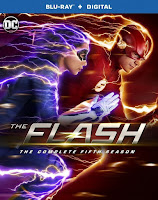 The end of last season saw the appearance of Nora, the grown not-yet-born daughter of Barry/The Flash and Iris, whose time-traveling antics end up making things more difficult for the team fighting another rosters of criminals.

This engaging superhero adventure has just enough tongue-in-cheek humor to get by, as well as a fine cast led by Grant Gustin, Candice Patton and Jesse L. Martin. There’s a first-rate hi-def transfer of the season’s 22 episodes; extras include Comic-Con panel, San Diego 2018; featurettes, gag reel and deleted scenes. 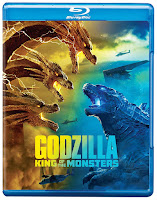 In this sequel to the 2014 reboot, Godzilla and several monstrous “Titans”—horrific prehistoric creatures like the three-headed Ghidorah—do battle, along with Mothra, a creature created in a lab by meddling scientists.

Desperately stretching this B-movie aesthetic long past its short attention span—it clocks in, for reasons unknown, at over two hours—director Michael Dougherty relies on his ace effects team to work overtime, as it seems nearly every frame is filled with some rampaging monster. The game cast (Vera Farmiga David Straithairn, Kyle Chandler, Ziyi Zhang, Ken Watanabe, for starters) doesn’t stand a chance against the formidable CGI team. The film looks too digital on Blu-ray; extras are Dougherty’s commentary, several featurettes and deleted scenes. 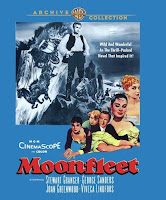 John Ford’s Wagon Master (1950) boasts fine performances by Ben Johnson and Harry Carey Jr as rustlers who join a Mormon wagon train going west, but there’s a sense of déjà vu in this lesser Ford picture (maybe not an Edsel, but close). Both films have solid new hi-def transfers; Wagon Master includes a commentary by Carey Jr. and Peter Bogdanovich, with Ford’s own comments sprinkled throughout. 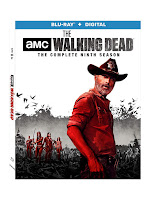 The series’ ninth season gets a fresh jolt from its leapfrogging ahead several years—first to more than a year after All Out War and again to six more years later when the united communities’ fraying bonds are put the ultimate test—time and again.

Despite the by-now tired concept, the accomplished filmmaking and acting help cover up the relentless sameness that’s at the heart of the series. It all looks great on Blu; extras include deleted scenes and several featurettes.

Not that there’s any reason to watch I Love Lucy in a colorized version, but for those who want to, this two-disc set collects 16 of the most popular episodes—including an all-time classic with guest star Harpo Marx—and gives them that slightly off-kilter color wash that sometimes looks decent but more often looks fake.

Still, Lucy is hilarious whether in B&W or color; extras include an interesting 30-minute featurette about the colorization process. 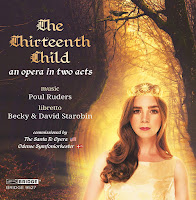 Danish composer Poul Ruders—whose 2000 opera from Margaret Atwood’s dystopian novel The Handmaid’s Tale has been back in the limelight thanks to the popular TV series and tRump’s presidency—premiered his latest opera at Santa Fe Opera last month.

This world premiere recording finds Ruders in a more lyrical, even romantic mood, mirroring the libretto that Becky and David Starobin based on a Brothers Grimm fairy tale. The cast is uniformly excellent, with standouts being Sarah Shafer as Princess Lyra and Tamara Mumford as her mother, Queen Gertrude. David Starobin conducts a sympathetic account of Ruders’ engaging score by the Odense Symphony Orchestra. The relatively brief running time and Ruders’ new-found notoriety should further assure The Thirteenth Child a bright future.