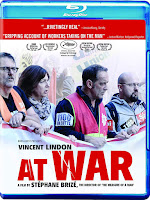 Stéphane Brizé reunites with Vincent Lindon for another forcefully argued exploration of the French working class, with Lindon as one of the leaders of a striking workforce at a factory (with German owners) trying to remain afloat in difficult times.

Brizé sets up some astonishing one-take sequences in which the workers and owners do verbal battle—and these segments have a documentary-like authenticity that is unfortunately undermined by the film’s melodramatically tragic ending. Still, with the always persuasive Lindon front and center, the film is never less than fascinating to watch. The film looks superb on Blu. 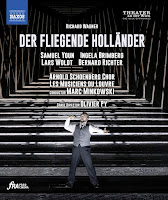 Olivier Py’s abstract 2015 Vienna staging of Wagner’s earliest mature opera The Flying Dutchman juggles the original libretto rather than sabotaging it; also impressive are the leads, Samuel Youn as the Dutchman and Ingela Brimberg as Senta, the woman who tragically loves him. Marc Minkowski conducts his own period-instrument Musiciens du Louvre in a most persuasive performance. 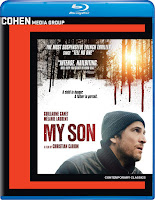 A desperate father looks for his missing son in Christian Carion’s occasionally enervating but mostly entertaining thriller, in which the writer-director’s conceit was to not allow his lead actor Guillaume Canet to read the script his reactions to the twists and turns of the labyrinthine plot are real.

It works, to an extent—but the film’s thinness is underscored by the wildly implausible finale, in which all of the intriguing subplots are forgotten to turn our protagonist into a superhero a la Liam Neeson in Taken. The film looks great on Blu; extras include an hour-long making-of and a short featurette. 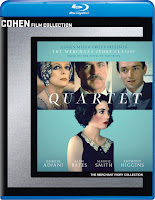 James Ivory’s 1981 costume drama, which looks ravishing like all Merchant-Ivory productions, has an accomplished cast to keep us engrossed in this familiar story of decadence and disloyalty in 1920s golden age Paris. Alan Bates and Maggie Smith are excellent as a middle-aged British couple living it up in Paris, and Isabelle Adjani is sensational as a young wife who comes to them—and becomes the man’s lover—after her Polish husband (a fine Anthony Higgins) is imprisoned.

Adjani’s sorrowful countenance as a woman teetering on the edge of sanity is the rightful focus of this somber adaptation of a Jean Rhys novel. The hi-def transfer is sharp and grainy; featurettes include several Ivory interviews. 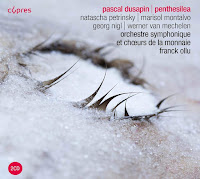 But Dusapin realizes the coruscating tragedy in the material and has composed a subtle and expressionistic score that makes for 90 minutes of edge-of-your-seat theater. The performance itself, led by the extraordinarily compelling soprano Natascha Petrinsky in the title role, makes a good case for Dusapin’s opera gaining a foothold onstage, unlike Schoeck’s 1927 version, which has had a few recordings but is rarely seen live.