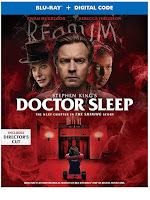 In his thoroughly unnecessary sequel to The Shining, writer-director Mike Flanagan slavishly imitates Kubrick’s classic and tries to balance that with adapting King’s own sequel (but includes the original novel’s ending for reasons best left unsaid). By trying to have it both ways, Flanagan ends up with little of either, an unsatisfying blend of King’s juvenile sensibility and Kubrick’s more ironic one. Ewan McGregor as the adult Danny Torrance is mainly somnambulant, Kyliegh Curran is engaging as the teenager whose shining causes Danny to confront his own demons, and Rebecca Ferguson makes a compelling villainess, although her part—a vampire who sucks the life essence out of those who shine—is nonsensical.

Many shots, images, music cues, even edits nod to Kubrick’s original film, but with none of the impending dread, creepiness or resonance. In addition to the 152-minute theatrical cut, there’s a bloated three-hour director’s cut. Both versions look stunning in hi-def; extras include three making-of featurettes which feature King and Flanagan interviews. 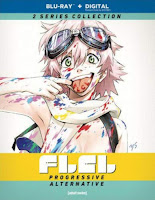 (Warner Bros. Home Entertainment provided me with a free copy of this Blu-ray. The opinions I share are my own.)

The popular anime show returns following its long-ago first season—first seen on the Adult Swim network in 2003—with the Blu-ray debuts of two new series:  Progressive and Alternative, both of which premiered on Adult Swim in 2018. Both series are presented in the original Japanese along with an English dubbed version; the original version is my preference, but your mileage may vary.

The dozen episodes of both series are presented in striking colors in hi-def; extras include making-of featurettes as well as interviews with the creators, voice actors and the Pillows, the band that composed and plays the musical score. 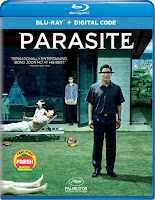 In his ham-fisted film, Korean director Bong Joon-ho has set up the most blatant allegory since Noah’s flood—which also makes an appearance—and tries having it both ways by playing it for laughs and completely straight. Neither approach works because tone and logic are askew: we are meant to believe that members of a rich family (which a quartet of poor family members homes in on, eventually takes jobs in their household and soon runs the place) are so benighted as to allow such machinations to happen right under their noses.

Then when a disgruntled former employee returns—why would anyone allow her back in the house?—another nonsensical plot plays out. It’s at least acted forcefully and Bong is an impressive enough technician to make this seem more than the sum of its shaky parts. On Blu, the film looks impressive; lone extra is a director Q&A. 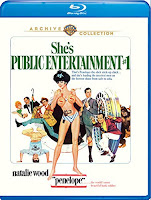 Despite Natalie Wood’s usual plucky presence, this is a strained, mostly unfunny 1966 would-be caper comedy about a kleptomaniac who robs her own husband’s bank because she feels neglected by him. Director Arthur Hiller aims the most heavyhanded comedic lobs at the audience, and even Wood starts to become annoying; the best the film has to offer is a time-capsule glimpse at mid-‘60s Manhattan, including a sequence set in the Museum of Modern Art sculpture garden. 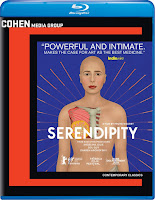 French visual artist-sculptor Prune Nourry recounts her difficult battle with breast cancer at age 31 in this lacerating self-portrait with equal parts wit, humor and a defiantly unsentimental quality. There are moments where you want to look away because they’re so intensely personal, but Nourry’s positive attitude—and insightfully showing how her art informs her life—keeps one watching.

There’s even a delightful cameo by the late, lamented Agnes Varda in a lovely moment between female artists (or, as Nourry calls Varda in the closing credits, her “sweet potato”). There’s a high-quality hi-def transfer; lone extra is a post-screening Q&A with Nourry. 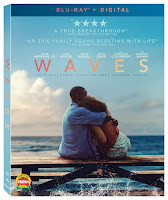 In his overlong but engrossing melodrama, writer-director Trey Edward Shults follows a middle-class black family in Florida that’s torn apart by tragedy but attempts to become whole again. Shults has a real empathetic feel without getting too maudlin, but his Terrance Malick-ish imagery and sound end up pale imitations of the master; Shults also lingers too long at moments that deserve a subtler touch. 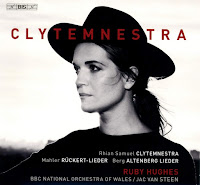 Hughes’ richly enveloping voice caresses the beauty of Mahler’s Rückert Lieder and the restlessness of Berg’s Altenberg Lieder, and in the jagged edges of Samuel’s dramatic work, she lets go with the ferocity and abandon of Aeschylus’ great tragic character, avenging her own daughter’s death. Hughes is expertly accompanied by the BBC National Orchestra of Wales, which is led by the supple conducting of Jac van Steen.