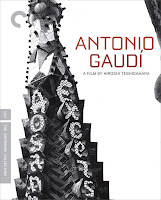 This boxed set collects three previous releases that cover the Rock’n’Roll Hall of Fame ceremonies from 2009 to 2017. First, there are two discs of the 25th anniversary concert at Madison Square Garden in 2009, which paired many top stars that rarely play together, including Bruce Springsteen with Billy Joel, Mick Jagger and Fergie with U2, and Sting with Jeff Beck. A second two-disc set comprises the induction ceremonies from 2010 through 2013, highlighted by outpourings of support from audiences and musicians for Genesis (2010) and especially Rush (2013), the latter for which uber-fans Dave Grohl and Taylor Hawkins inducted the band and played its classic “Overture” from 2112.

Best induction speech is the late Chris Cornell’s for Heart (2013), and Alice in Chains leader Jerry Cantrell jammed on rousing versions of “Crazy on You” and “Barracuda” with the Wilson sisters. The final two discs features the 2014-17 induction ceremonies: highlights are the remaining members of Nirvana with singers Joan Jett, Kim Gordon, Annie Clark and Lorde (2014); Ringo and Paul reunion for Starr’s belated solo induction (2015); and Rush’s Geddy Lee playing bass in place of the late, great Chris Squire in a tribute to Yes (2017). Hi-def video and audio are first-rate. 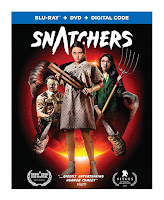 When nice gal Sara has sex with high school hunk Skyler, she gives birth almost immediately to two extraterrestrial monsters, which proceed to terrorize the townspeople, gleefully and gorily killing anything in their path.

This setup makes it sound like it’s a malevolently bloody version of Gremlins, which it is—and though there are rough patches throughout, actress Mary Nepi is perfectly cast as Sara, who plays the virgin turned badass alien hunter with humor and an engaging manner that helps put this over as a tongue-in-cheek parody/monster movie. There’s a first-rate hi-def transfer; extras comprise an audio commentary, making-of and blooper reel.

This entertaining documentary takes the right approach when dealing with the long and checkered history of the National Enquirer: simultaneously amused and bemused at how the supermarket rag has, as we begin the third decade of the 21st century, become one of the most powerful media conglomerates and an ally of the current president.

Interviews with former staffers give needed context that, coupled with the added tRumpery that has forever damaged whatever integrity a tabloid could have, makes this wild ride quite enlightening—and depressing. 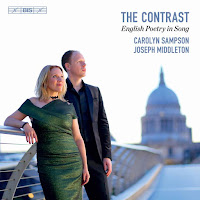 The Contrast—English Poetry in Song

Sampson smartly bookends the disc with the playfully witty William Walton (opening with 1962’s cycle A Song for the Lord Mayor’s Table and ending with three absurdist songs from the great Façade he created with Edith Sitwell), and her pristine voice guides us through a century of British vocal writing from the early 20th century Romanticism of Ralph Vaughan Williams, Frank Bridge and Roger Quilter to a composer heretofore unknown to me: Huw Watkins from Wales, whose Five Larkin Songs (this is the first recording; Sampson herself sang the 2010 premiere) present Sampson’s lovely voice at its most emotive. Her pianist, Joseph Middleton, plays with delicacy throughout.