SIFF Review: "Wish You Were Here"

SIFF Review: "Wish You Were Here"

Cautionary tale and psychological thriller, Wish You Were Here is the worst of vacation nightmares realized. Veering around chronological storytelling, director Kieran Darcy-Smith twists an introspective journey into a taut thriller. With silence that feels as weighty as dialogue, Darcy-Smith stretches the alluring reveal on a little long but, when all is said and done, has left his mark and made a potent statement about the destructive nature of guilt.

When Jeremy goes missing after a drug-fueled night of partying, his girlfriend and her sister and husband are forced to continue their lives in his absence all the while trying to piece together his whereabouts and what exactly happened that night. The shenanigans overlap with the general theme of The Hangover insofar as there’s a lost friend and our characters are trying to compile some semblance of an otherwise drugged up night but the similarities end there, as the sorrowful drama that follows is no laughing matter.

Back home in Australia, Dave and Alice Flannery reconcile this shocking jolt of an event with their everyday lives. The notion of impermanence seeps into their mind like poison. As Alice stirs, Dave tries to forget. But his general unease and unwillingness to engage with the topic is revealing. Meanwhile, Alice is almost too oblivious to Dave's discernible withdrawal into himself. Sugarcoating the mire may be a reactionary response to this trying time but without digging into the subtext, her aptitude for empathetic cues are questionable. Even when Alice isn't on the same page as us, we know there's something that Dave's not letting on. 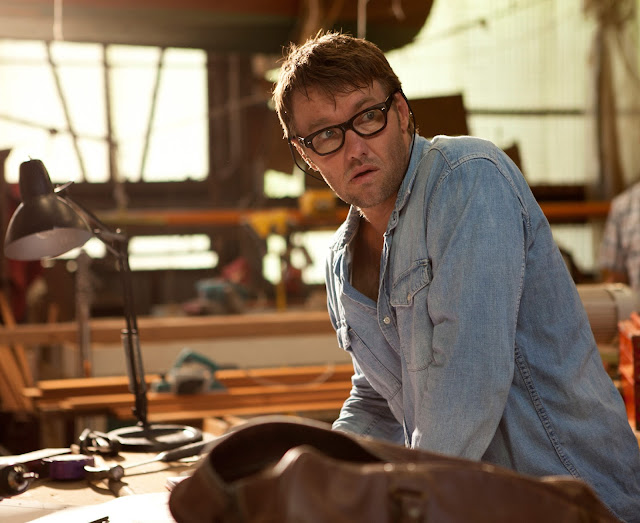 As Dave, Joel Edgerton wrestles with demons and, again, mixes it up. Even whilst jostling between a lineup of tough guys, Edgerton brings something unique to each of his characters and Dave is an imploding washboard that is miles different from his mob of manly roles. Bottled, carbonated and shook up, Edgerton's Dave wrestles with the destructiveness of guilt and loses offering a performance that is at once restrained and explosive, adding fuel to the fire rocketing him to stardom.

Star and screenwriter, Felicity Price plays Alice as a wife and mother that's caring, deluded and shabby-around-the-edges. Put through the ringer by her husband, Alice is a reactionary character, trying her best to adapt and shift with the new bits of information illuminating around her. Her hopeful optimism is the epitome of cognizance gone awry. Fooling yourself is a tricky game and one that Price navigates with careful footing. Her consternation with what unfolds is equally well plodded.

A jigsaw puzzle with some pieces missing, Wish You Were Here unpacks its story like a jack-in-the-box strapped into boxing gloves. Slicing the real-time flow with quick backflips into time spent in Cambodia, we learn a new important piece of the puzzle every so often but never enough to anticipate the ultimate payoff. In true prizefighter fashion, Darcy-Smith saves the big, unexpected hook for last.

With some of the story beats coming right from the thriller playbook, there are moments where you hope for more bold originality on the screenwriters part but they still accomplish what they set out to: to entertain. Yes, there are bits that don't quite hold up once we know the whole scope but the  emotional schema alleviates any lingering pressure from story impracticalities.

Capitalizing on our irrational fear of the unknown, Darcy-Smith Murphy Lawschools us into submission and throws that fear in our face with a final act that leaves us lack-jawed and stunned into silence. Entropy grows in the obscurity of guilt and the resulting smash-and-crash relations are a slow-growing inevitability. Within the hustle of Cambodian life, the picture feels authentic and captures essences of culture and lifestyle that only the student of a culture can kindle. This is no work of a passerby; it is the story of a participant. The live free and die-hard nature of this place is alluring and minatory. A two-sided coin where danger lurks in the shadows on the outskirts of paradise, heaven and hell trade shifts with the coming and going of the sun. Leaping between continents and social constructs, Darcy-Smith juxtaposes the lifestyles of the Cambodian and Australian but passes no active judgment nor does he prescribe a formula for happiness or escaping dread.

Fleet-footed character exploration be damned, this creeping house of cards is parasitically engrossing. From Dave's shell-shocked volatility to Alice's buckling under, the characters are richer than the bulk of the script. Bleak and soul-searching, Darcy-Smith and Co. have created a film that pulls loose the rock on post-traumatic-stress and pokes around at the ants scurrying inside.