For a film whose focus is character, Last I Heard is pretty inept at characterization. Leading man Paul Sorvino does the best he can with his ex-mobster character Mr. Joe but he just doesn’t have it in him to play the star role nor does he have any character half decent enough to adequately play off of. His eventually coming-to-terms with life outside the confines of a prison cell should have felt poignant but instead stagnates and quickly becomes adrift in mediocrity. When the walls to the stony faced character are finally broken down, even his tears feel artificial and vapid. Director and screenwriter Dave Rodriguez uses heavy-handed pathos to try and move his audience but his actors just aren’t up for the challenge.

Sorvino is certainly suited for the role as he completely embodies the look and feel of traditional Italian mafioso. His type is so suited, in fact, that you’re sure to double take when you realize that he was not indeed a regular on The Sopranos. Even as a devoted fan to that series, I was pretty much convinced that he was part of the show however a quick pit-stop over at IMDB revealed that he indeed never set foot on the glorious set of one of television’s best and most groundbreaking shows. 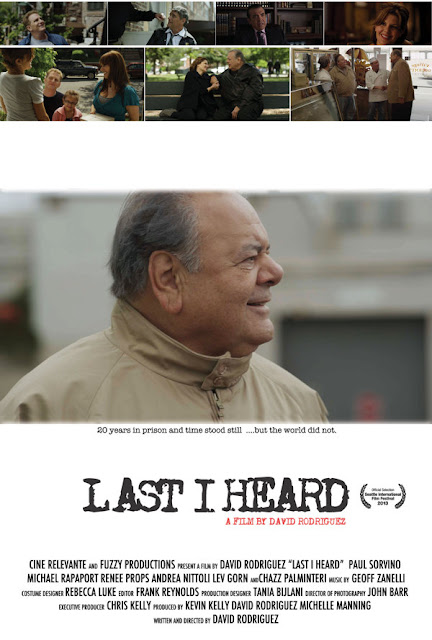 I can’t tell you exactly where this Renee Props came from but she is simply awful as Joe’s daughter Rita. Each and every time she utters, “Daad,” with a piss-poor Italian accent, it is literally cringe-worthy. She’s about as believable as a Sasquatch playing poker and her god-awful accent is really nothing short of detestable. I’m not here to take pot shots but her total lack of skills really alienates any connection to the audience that the film is trying to generate. She is Joe’s anchor to the modern world and when even your anchor is drowning, there’s no real hope for the captain.

In that the same salad of wilted lettuce, Michael Rapaport’s Bobby is equally rotten and just doesn’t  make sense. As Joe’s neighbor, Bobby grows up admiring Mr. Joe because...he’s old school. Oh and he had nice cars. Essentially, Bobby was won over by the glitz and the glamour of Joe’s old lifestyle so when Joe returns home, Bobby is happy to help Joe acclimatize to a world that has changed tremendously in twenty years.

This involves driving Joe to the doctors, driving Joe some other place and also just driving Joe. The first thing we learn about Bobby is from his wife: Bobby “lives at work.” He’s so busy that he barely gets time to spend with his family. And yet, he appears to drops everything in an effort to take care of this washed up geezer of a mobster. On top of that, Joe is a disrespectful prick to Bobby about 98 percent of the time. Regardless, Bobby considers Joe a friend and feels a deep-seated responsibility for this neighbor. Don’t ask me why because it’s never really fleshed out to a satisfying degree but this seems to be a general theme of the film. 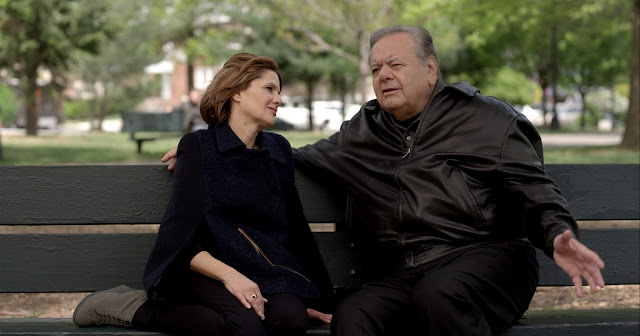 When Rodriguez’s flick does try and switch gears into Joe’s repentance, it’s too late. We just don’t care for you Joe nor are we really interested in the people you’ve associated with for the past hour and a half. Sure, there’s some heft to the third act but it’s not enough to pick up the rotten breadcrumbs you’ve spilled down the street for the entirety of our engagement.

In all honesty, when Rodriguez does manage to accomplish something in the film, it feels more like homage than anything you could call original. Trying to channel the love for The Sopranos is an ambitious goal and one that he entirely fails to live up to. As for Sorvino, he has his moments but the people behind the camera and back in the editing rooms have done him more of a disservice than anything.

With The Sopranos, what makes the gangsters-dealing-with-their-feelings subject interesting is that stark dynamic between their steely persona and their fragile innards. Just like you and I, these people struggle with familial relations but don’t want to compromise their iron and traditional demeanor in fear or looking weak or, oh no!, progressive. While Sorvino’s Mr. Joe has all the opportunity in the world to skirt the line between these two internally battling perspectives, Rodriguez only serves in blacks and whites. Without nuance, we only see a hard-faced mobster or a blubbering old man, none of the gooey in-between - the subtlety and nuance that makes the transformation interesting.

Sweeping dynamics off to the side, we’re throttled between weepy sentimentality and backwards-thinking stubbornness and it just gets...well...boring. Perhaps this seesawing might have worked better if the characters surrounding Joe weren’t as flat as a two-by-four... but they are.