Three Days in the Thick of Bumbershoot

Three Days in the Thick of Bumbershoot

As an annual sendoff to summer, Bumbershoot 2013 is a monumental celebration of the free spirit (ironically set on Labor Day) - a keyed up free-for-all of art, music, comedy, film and theater. The droves of Bumbershoot attendees (henceforth known as Shooters) yearned for the wealth of artistic expression, surging and forming into longer and longer lines and eating the offerings up in almost greedy bites.

As a melting pot of bubbling tweens, suburban families, eager theater-types, and worn-down hippies, Bumbershoot tries to please everyone by offering the barns-width of variety of art forms. There are few other festivals where you can go from the intimacy of a brick-walled comedy venue to the booming dome of an indoor stadium, finishing the night off sitting in the grass of a cozy natural amphitheater. In this regard, Bumbershoot has it all.

But the zoo of staff and volunteers helping to run the large outdoor venue often gave it the feel of a circus - a chaotic swirl of slacking responsibility and "it ain't my problem" attitude. However, when bureaucratic issues weren't standing in the way (twice, I ran into issues of grunting and shoving from the staff at the Key Arena), the experience itself had a chance to shine. And shine it did.

While the first day of any festival always comes with its fair share of getting into the swing of things, day one at Bumbershoot was the calm before the storm - a day of relative peace before a tsunami of eager guests tore through the floodgates. 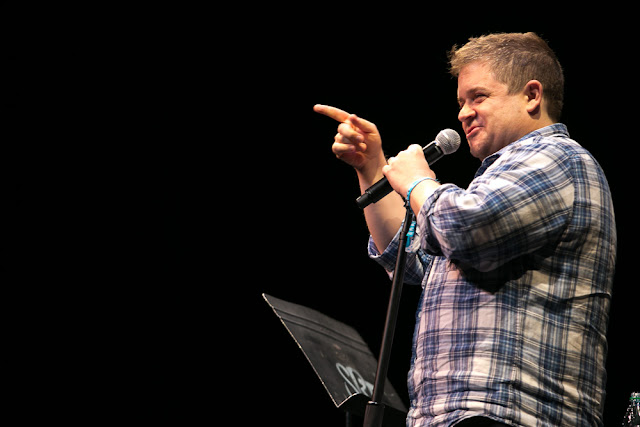 Starting out the festival with a collection of short sci-fi films seemed suiting so to the SIFF 1 Reel Film Fest I headed. Of the collection of short films, one stood out most - Incident on Highway 73. While the others had their own bits of flair and offerings of promise, they were mostly forgettable among a lineup of shorts. Highway 73 though managed to craft an immediate sense of tension that sustained itself through its near 30-minute run time. Props to director Brian Thompson for that.

Patton Oswalt - also an attendee for all three days and a seemingly lynch pin part of many other comedic acts - gave his comic two cents in a riotous but short live stand-up bit then handed the majority of his hour long performance off to his "guests." Thankfully, most of these featured comics were up to snuff with a raunchy, ritzy-girl persona from Natasha Leggero being the ultimate breadwinner when it came to the laugh bank.

But the first real standout came in the form of Jason Bonham's Led Zeppelin Experience - the surprise hit of the festival.  This four piece tribute band arched through a killer set of the much beloved 70s rock gods Led Zeppelin with abundantly rehearsed talent. Each note was so uncanny that if you closed your eyes you would swear you were listening to the salty croon of Robert Plant, the fiery licks of Jimmy Page and the sweet synchronization of drum legend John Bonham. But son Jason Bonham's gushing love of his now-deceased father was moving not only in his reverent reflection of his father's music. "I never told him this while he was alive," Bonham says, "but I do this for the love of my Dad." 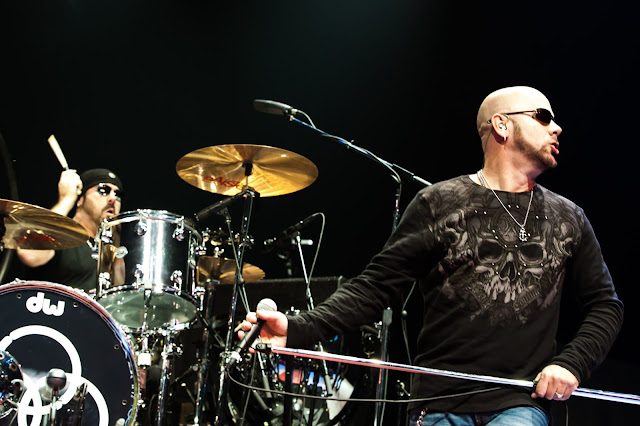 The masses showed up on Sunday for what was easily the most packed day at Bumbershoot and the girth of humans could be felt in the ever-growing lines. The Mowgli's started the day off for me with their cult-alt-pop 8-man show. Belting songs about faith, togetherness and love, this LA-based ocho spewed infectiously catchy tunes to a crowd superficially embodying these benevolent ideals who, ironically enough, just couldn't seem to stop pushing and bumping into their fellow brethren. Thus is the eternal catch-22 of the modern festival.

Back in the SIFF Theater for more shorts was a true standout going by the name of Woody, which I will say now will be a strong contender, if not a shoe in, for Best Animated Short come Oscar season. The animation was breath taking and the story was simple, heartfelt, and unique - all the elements a short needs to sustain a breathless audience and garnish the buzz needed to get the nod.

Other noticeable spotlights of the day included a top notch Main Stage show from the Canadian duo Tegan and Sara, a comedy set led by a nest-haired, but certainly not feather-brained, Morgan Murphy, and a star-bedazzled lawn performance from bubbly synth-driven alt-pop band, Matt & Kim. The two-piece Grizzled Mighty played with sloppy mania and almost had the crowd possessed if not for the regular misplacing of time from drummer Whitney Petty. This chick could certainly bang her head but keeping a regular rhythm proved quite an insurmountable issue that ultimately left the band stranded in a sea of time, in desperate hopes of a metronome. 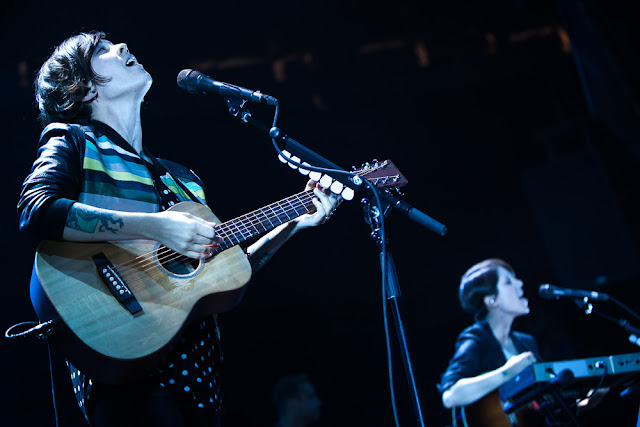 But the main event that rose to the top of my personal to-see list ended up packing an unexpected, and largely unwanted, surprise.

The Zombies, authors of one of the best and most-underrated albums of the 1960s "Odyssey and Oracle," came to stage in my eyes as Gods and left as mere pensioners. The culprit of this diametric perspective shift? A dangerously bipolar set. Much like watching The Rolling Stones this day and age, anything that wasn't a certified 60s classic just felt flat. Waffling between superbly performed classics such as "She's Not There," "I Love You," "A Rose for Emily," "Tell Her No" and "Time of the Season" and a string of new tunes that felt like little more than old men's 12 bar blues, The Zombies let old school fans and themselves down.

Even with the knowledge that these late great performers aim for a 11th hour redemption, it still feels too little, too late and a sidetrack from the show that I, for one, came to see. As a lover of all things 60s, it was a sad reality to realize that they would largely opt out of the songs that made them such a growing sleeper hit for the past fifty years and favor a bag of new tricks. The Zombies still do have a pulse, but it was weaker than I'd hoped for.

The last day, on glorious Labor Day itself, was characterized by the same mild Seattle sun and zombie-esque crowds shuffling between Russian dumplings and custom-made poster art but it was the final day which meant a requisite cramming in of all things grand.

Heading to the MainStage for two back-to-back performances from Alt-J and MGMT, I ran aground a hefty three-man security team that couldn't seem to wrap their head around the idea of a Press Pass and so I wound up stuck in the nosebleed section for two of the bands I most wanted to see. Luckily, both shows were so packed full of energy that it was hard to let the low levels of authority and illusions of grandeur sour things entirely.

Held in place by a hypnotic light show, Alt J took to the stage crooning out some killer harmonies and pounding melodies. While they sometimes drifted too far into the down tempo, when they picked things up there was a palpable sense of talent unhinged in their staccato vocals and pounding synth. 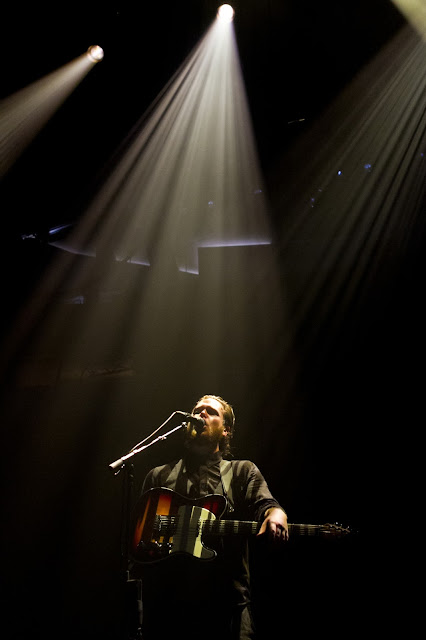 But for all the glory of Alt J, it was MGMT who stole the show and became the highlight of the festival. Shuffling between their older chart-topping hits like "Electric Feel," "The Youth" and "Kids", their more underground and subculture second album  "Congratulations" and a handful of excellent tunes off their upcoming self-titled album, MGMT was simply on fire. Between the visualizer showing seagulls flying in space and reflections of Mario Kart's revered rainbow road, this was a show all about the experience. It measured psychedelia and craftsmanship in equal doses and delivered to a jaw-agaped audience. This is a band that has improved their live performance significantly since their last show I saw back in 2010 was impressive but not nearly on the same level. They have truly become masters of arena rock. Transforming the old and the new into one singular beast may not be an easy task but MGMT has shown they can flex a muscle that few others can and that ought to be worth more than its weight in gold. 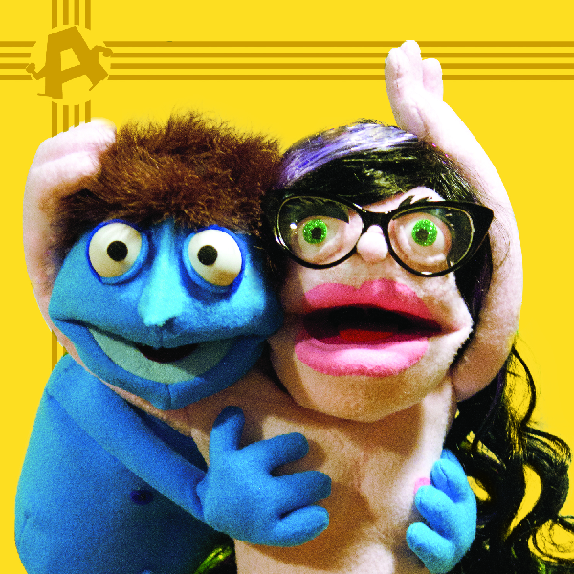 The only true piece of theater I had a chance to observe over the weekend came in the form of Audrey and Nelson, a puppet sex musical I attended on this final day. Even though the show sounds gimmicky (like an inbred cousin to the popular Broadway show Avenue Q) the script from Bret Fetzer and music by Peter Richards (of the band Dude York) married to the committed puppeteers controlling these felt-based characters resulted in a mix of steamy laughs and raunchy sing-a-longs. Complete with projector-lain images of penises, fully nude puppets, and singing vaginas, Audrey and Nelson is a worthwhile exploration of sex, love, and that weird grey area in between. While production is not currently planned to continue, the weekend long sold-out performance may shift a turn for this little stage production.

Finally, the sun set on Bumbershoot with a lengthy folk-bluegrass set by Trampled by Turtles. Closing out the festival was the five-man group playing a what's-what of folk string instruments. The guitar, acoustic bass, banjo, mandolin, and violin were each plucked with splinter-carving frenzy as the band beamed through a set marked by up-tempoed string-alongs and mellowed-out, somber cawing from lead singer Dave Simonett, leading up to a cathartic rendition of "Alone" that symbolically book-ended the three day festival. Like Cinderella's carriage melting into a pumpkin, as the clock struck midnight, the doors of Bumbershoot transformed back into the casual spread of Seattle Center...until next year. 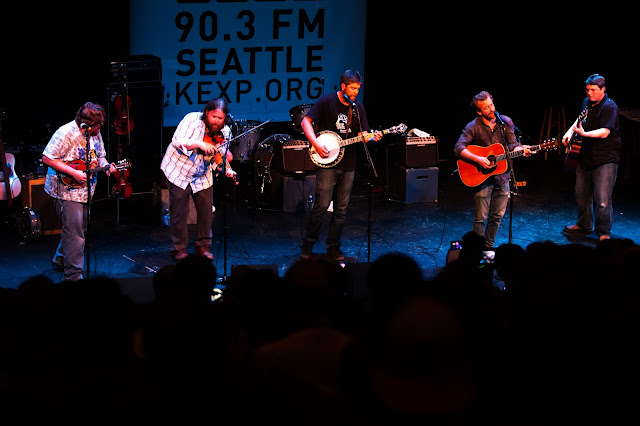