SIFF Review: "Much Ado About Nothing"

Every time any sane person starts watching a Shakespeare adaptation, there's that initial shock of the compacted and complex language - a bucket of cold water that reminds you that you can't just sit back and coast - and the same is the case with Joss Whedon's Much Ado About Nothing.

Rather than your casual lethargic movie-going experience, you are forced to follow along as closely as possible if you want to gleam all the comic zingers from the work of the great Bard. However sink-or-swim Shakespeare's diction may be, Whedon aims to make the experience as user-friendly as possible and charges through the weighty task of adapting such a prolific poet with a bubbly sense of life and purpose. It's in this love of craft on all fronts that makes this modern envisioning work as well as it does. 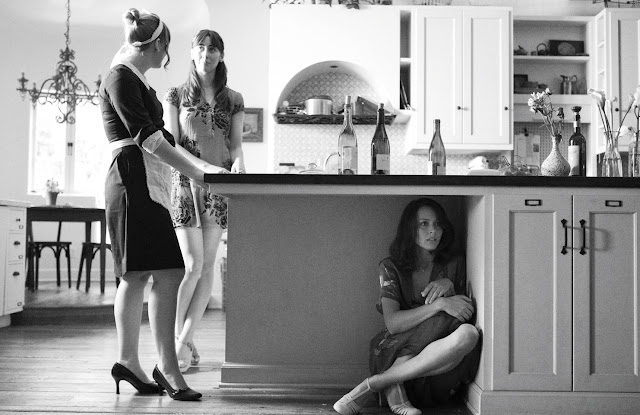 All the performers' love for Shakespeare and his hefty diction is clearly evident as Whedon and company tap into the timeless spirit of the mystery of love. They seem to capture a fleeting grasp of it. The question that remains when the lights go up is whether it's just a good Shakespeare movie or just a good movie regardless of qualification and unfortunately I think it is more the former than the latter.

When you find out that this was filmed in a mere 12 days in Whedon's backyard, it's not really a surprise. If anything, it puts the film in context. While it is impressive to have jammed the entire enterprise together that quickly, it is entirely obvious that this was not a project of fiercely deliberate preparation. There are blatant edit quirks and none of the camera work is necessarily fancy or impressive. Likewise, the set is what it is: a house. But all of this stripping down works as Whedon's film thrives on relationships and proses rather than production value. 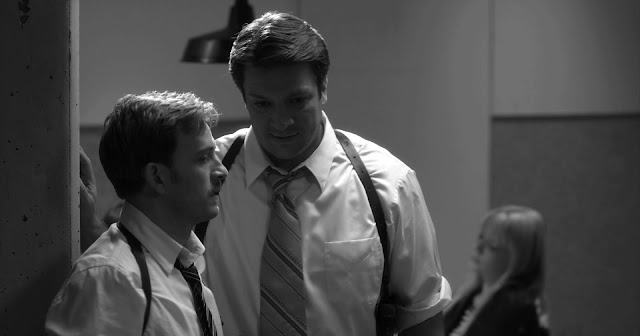 Nathan Fillion (Firefly) is a standout in this talented cast and although he has limited screen time, he milks his dumbed-down police captain for all the zingers he can get. Likewise, Amy Acker (Cabin in the Woods) and Alexis Denisof (The Avengers) as Beatrice and Benedick respectively, have nice chemistry as they shuffle between playful admonishment and loving adoration on the turn of a dime.

Clark Gregg (The Avengers) and Fran Kranz (Cabin in the Woods) help fill out the ensemble and both prove their aptitude to chew the scenery as the many relations boil over around them. Although nearly all of their characters are easily influenced one way or another, their performers commit to the oblivious nature of their fickle attitudes with panache.

In Much Ado About Nothing, love is a game of scheming and manipulation. Dissimilarly, Whedon's interpretation reveals his gambit for exactly what it is: a one-and-done modernized adaptation proud to bear its fuzzy flaws. For what it's worth, Whedon has produced a charming rendition that is told with eloquence and crafted with care that will be sure to delight those willing to spend an hour catching up with the late, great Shakespeare.

SIFF Review: "The Kings of Summer" 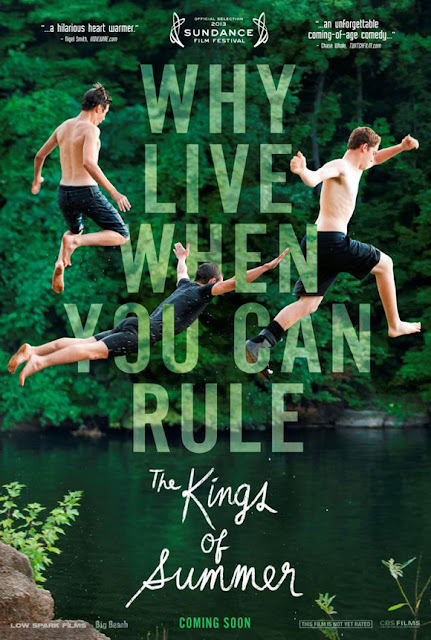 Jordan Vogt-Roberts has cast his netinto a summer overflowing with coming-of-age stories with The Kings of Summer, a film just strange and fantastical enough to leave a mark. A lively mish-mash of novel spirit and borrowed plotting, Vogt-Roberts never quite gets a grasp on whether he wanted this to be more Huckleberry Finn or Y Tu Mama Tambien. It's got a little bit of both but doesn't quite indulge in the alluringly mystical environment as much as he should have.

The 12th annual Tribeca Film Festival, is usually judged by the film industry as to how many of its 89 features get picked up for theatrical or other mechanisms for public viewing, though over two dozen either came in with or had distribution by the end. But among the 53 world premieres, six international premieres, 15 North American premieres, five U.S. premieres, and nine New York premieres, with 24 in competition and the rest spread through categories of “Spotlight”, “Viewpoints”, “Midnight”, and various special events, were unheralded gems that you may only get to see at other film festivals, in the U.S. and abroad. Keep a look out for these recommendations: 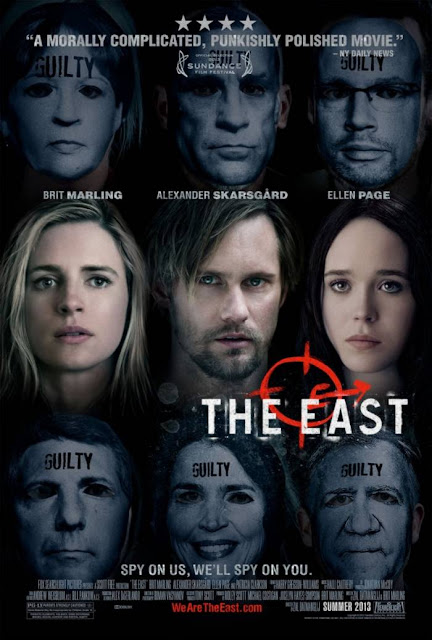 The East is neither the first movie about an undercover mole infiltrating an enemy organization, learning the universal worth of their dogma and falling for their leader nor will it be the last. Nonetheless, it's commendable for its throbbing sense of stakes even in light of the searing self-righteous aplomb beating you over the head at every turn.