This year's festival features a variety of options to make the concert experience an enjoyable one. In addition to expanded camping options -- including car, RV and traditional tent camping -- Coachella will allow, for the first time, in-and-out privileges for all attendees.

Among the 130 or more artists performing are:

In addition to the music artists for which Coachella is famous, this year's festival is expanding with art, culture and community via a unique partnership with The Creators Project, a global initiative that supports leading and emerging artists.

The Creators Project has invited three bands from overseas: EE from South Korea, Emicida from Brazil, and New Pants from China.

Creators Project is collaborating with acts like Arcade Fire, Animal Collective and Interpol to enhance their performances.

It is also showcasing interactive works by Feng Mengbo, Mark Essen, Hojun Song and Lumpens in The Creators Project Tent. 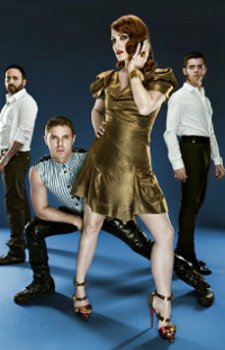 The original artwork created for Coachella is being unveiled as the first series of projects from The Studio, an ongoing arts initiative supported by The Creators Project. Selected artwork from the festival, along with additional work from The Studio, will then travel as part of the Project's global event series, touring more cities, including Paris, Lyon, Seoul, Beijing, Sao Paulo, and back to the United States.

TRASHed is a call to artists to assist with redesigning recycling bins for Coachella 2011. Twenty artists have been selected to turn a 96 gallon recycling bin into a work of art.

Since 2004, Coachella has hosted this interactive recycling bin art walk to help keep the festival grounds spotless and looking good. Over the last 7 years, everyone from Hunter S Thompson to Fugazi has taken their turn recreating a recycling bin.

And speaking of recycling, anyone who turns in 10 empty plastic water bottles for recycling will get a free new bottle of water in return.

Throughout the weekend, lots of prizes are also being given.

This amazing and definitely different festival just keeps getting better.