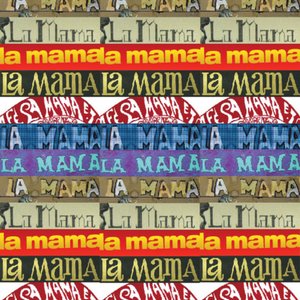 In honor of La MaMa's 50th Anniversary season, playwright/filmmaker/actor Dario D'Ambrosi will stage Teatro Patologico in New York -- a festival of Pathological Theater and Film -- December 15 to 22, 2011, mounting one large new work plus three smaller plays that are a cross-section of his 31 years of productions at La MaMa.

D'Ambrosi, a former professional soccer player, is one of Italy's leading performance artists and originator of the theatrical movement called teatro patologico.

A recipient of a lifetime achievement award from the Instituto del Drama Italiano (equivalent of a Tony Award in his country), he has written and directed over 13 plays, acted in 18 major films and TV movies, and written and directed three full-length films. Twelve of his plays have had their American premieres at La MaMa.

The festival will be entirely staged in La MaMa's large Ellen Stewart Theatre. D'Ambrosi has written, directed and produced three full-length films -- all three will also be screened during the festival.

The man himself (source: filmizer.com)

Below are listed the events for December 20-22, consisting of one play and one film per day.

All the plays will be performed in English but the films are in Italian with English subtitles.

Tuesday, December 20
Play:
Tutti Non Ci Sono / We Are Not Alone (1980, 1989)
This was D'Ambrosi's American debut piece when first presented by La MaMa in 1980. It is a solo performance in which an inmate from a psychiatric ward is victimized by neglect in the outside world.

The play was written in reaction to an Italian law, passed in 1978, which changed the Italian approach to mental institutions. At that time, inmates released from psychiatric wards had nowhere to turn and became helpless, homeless people living in the streets.

D'Ambrosi, survivor of a rough, difficult boyhood in working-class Naples, began working with young (and less young) mental patients, seeking to find out what the violence of some of his buddies -- the paranoia and schizophrenia of the streets -- was all about. To this end, the rugged 20-year-old soccer player (he had played four years for the Milan team) set himself to some months of watching and learning into Rome's Santa Maria de la Pieta psychiatric clinic.

From that experience was born what Jerry Tallmer, writing in The New York Theatre Wire, called " the marriage of theater with pathology" -- a concept for theater that is highly metaphoric, ironic and comic as well as tragic.

Film:
L'uomo Gallo / Days of Antonio (2010)
starring Celeste Moratti (Antonio), D’Ambrosi (Giacomo) and a cast of 10
Toward the beginning of the 20th century, a handicapped child named Antonio was born in Varedo, near Milan. Growing up, he was unable to stand because his legs were different lengths. He was also mentally retarded, so to avoid problems and embarrassment, his parents, uneducated poor peasants, shut him up in the henhouse with the chickens.

Over the years, Antonio began to imitate in every respect his companions in prison: clucking and pecking at food. His coop became a public attraction until a prostitute tried to have sexual intercourse with the young Antonio, which started a scandal.

The young man was imprisoned in a mental hospital and died at age19 of pulmonary emphysema a few days after finding out that he was not a rooster. D'Ambrosi found this incredible story documented in the archives of the Paolo Pini Hospital in Milan. From this source came the play, "Days of Antonio."

The film transports the play's characters from 1920's Varedo to 1970's Girifalco, Calabria: home of a massive psychiatric facility and filled with the colors, sounds and characters unique to its region. It begins when the unfortunate young man is taken to the psychiatric hospital, where he naturally discovers a hard truth: he is not an animal and at the same time, he is not able to remake his life.

Antonio is thrust into a strange, desperate universe of funny characters and marginalized groups, each with psychotic symptoms but also a huge amount of heart. Antonio achieves a particularly intense friendship with his roommate, Giacomo, who is manic about order and cleanliness. Between them blossoms a relationship made up of silences and small gestures of solidarity.

They, like their fellow patients (to whom they are rebelliously uplifting), must adapt to life under the care of a nurse and a doctor whose icy and authoritarian ways hide deep imbalances that are more serious and dangerous than that those experienced by their patients.

The New York Times' Ben Brantley called it "a lyrical, lubricious and startlingly empathetic monologue," adding that D'Ambrosi "uses his full voice and body to give full physical life to a divided self" and "ushers his audience into an interior world of dementia that allows little room for detachment."

Theater Week's Rosette Lamont opined, "D'Ambrosi's sketch is a paean to the beauty of being alive, even when, as the animals, we wait patiently for our end. We, the kings of creation, who take the animal world as our own possession, we are condemned as well."

Film:
Il Ronzio Delle Mosche / The Buzzing of Flies (2003)
This is the first film D'Ambrosi directed and is based on his play of the same name. A team of doctors and scientists is working on a new ambitious project: to bring madness back to the world in order to fight boredom and depression. They capture the last three madmen left: Franci, a manqué painter, Matteo, who lives in a world of his own, and Felice, a sweet, sensitive individual who plays the piano.

The experiment begins. The three people are first observed, then in a bizarre plot, are subjected to therapy that brings them back to their original daily life, from which their madness is presumed to have started.

To staff a "play therapy," actors are recruited, among them Dr. Natalia (Greta Sacchi) of the medical team. She is the only one who feels for the madmen and becomes their accomplice. Together, she and the madmen plan an escape, to bring joy and cheerfulness back to this grey, serious world. This Hera International film was produced by Gianfranco Piccioli.

Thursday, December 22
Play:
Romeo and Juliet (2009)
A five-minute distillation of Shakespeare's classic, it contrasts the marvel of love with the fragility of life, the shock of the moment of total loss, and what D'Ambrosi calls the "schizophrenia of the world."

The beautiful sensuality and emotion of love is compressed into a magic moment. "It's like the magic moment when somebody shoots you," he says. "There is no emotion like that moment." The action is primarily physical but where there is dialogue, it is in English. To say more is be to give away this radical, Artaudian, innovative production's dramatic surprises.

Film:
I.N.R.I. (2005)
D'Ambrosi makes a film adaptation of his play, The Pathological Passion of the Christ (2004), which was his first time that D'Ambrosi directed a play with an American cast.

That year, D'Ambrosi was seen worldwide as the Roman Soldier who mercilessly whipped Jesus in Mel Gibson's The Passion of the Christ. He realized that many in Jesus' own time considered him insane, and that some historians have speculated that he may have been epileptic. The play compared the sacrifice of Jesus, metaphorically, to the forcible lobotomies of epileptics, an ordeal that was once widespread in Italy. To Jesus' story were added the experiences of patients D'Ambrosi had known in Italian mental institutions.

The evening will end with a panel moderated by Prof. Riccardo Viale, Director of Italian Cultural Institute of New York.

Performa 11, the biennial of new visual art performance presented by Performa, will be held in New York City from November 1–21, 2011. The three-week event will showcase new work by more than 100 of the most exciting artists working today, in an innovative program breaking down the boundaries between visual art, music, dance, poetry, fashion, architecture, graphic design, and the culinary arts.

Presented in collaboration with a consortium of more than 50 arts institutions and 25 curators, as well as a network of public spaces and private venues across the city, Performa 11 ignites New York City with energy and ideas, acting as a vital “think tank” linking minds across the five boroughs and bringing audiences together for brilliant new performances in all disciplines.

New York Musical Theatre Festival is the largest annual musical theatre event in America and is widely regarded as the essential source for new material and talent discovery. NYMF provides a launching pad for the next generation of musicals and their creators to ensure the continued vitality of one of America's greatest art forms.

Only 30 new musicals are selected to perform during the three-week festival, so one can be sure they are among the very best. Some of them are:

Date of a Lifetime
Book and Lyrics by Carl Kissin
Music by Robert Baumgartner Jr.
Directed by Jeremy Dobrish
With Farah Alvin, Jamie LaVerdiere
During a speed date, both parties fantasize about what life might be like with that person.