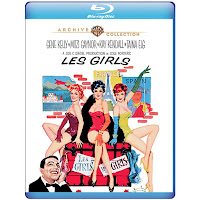 This clumsily executed 1957 musical comprising Cole Porter’s beguiling tunes recounts the friction among the partners in a famous cabaret act, with Gene Kelly doing his usual razzle-dazzle alongside his main ladies Mitzi Gaynor, Kay Kendall and Taina Elg, who all are worthy of the praise Porter showers on them.

Too bad George Cukor’s curiously flatfooted direction keeps this from taking off like the best movie musicals of its era do. The colorful widescreen compositions look excitingly alive in hi-def; extras are an archival featurette hosted by Elg and a vintage cartoon. 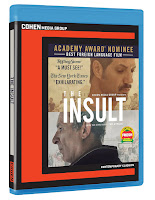 In Lebanese director Ziad Doueiri’s volatile Beirut-set feature, hurled insults between a local and a Palestinian laborer spiral into a national case that is judged in the media and the courtroom. Doueiri’s taut story raises the stakes between the two men at first, but then becomes more strident and contrived, so much so that its power is diminished.

Still, Doueiri’s formidably authentic actors lend the film the gravitas it needs. There’s a superb hi-def transfer; lone extra is an informative 33-minute interview in which Doueiri discusses (in English) his film’s genesis.

Rock’n’Roll Hall of Fame In Concert 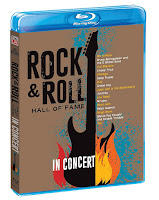 This invaluable two-disc set for music fans collects the most recent quartet of Rock’n’Roll Hall of Fame induction ceremonies: 2014, 2016 and 2017 in Brooklyn and 2015 in Cleveland.

Not surprisingly, the highlights are many: 2014 features the remaining members of Nirvana with singers Joan Jett, Kim Gordon, Annie Clark and Lorde; 2015 brings a Ringo and Paul reunion for Starr’s belated solo induction; 2016 finally admits both Deep Purple and Cheap Trick; and 2017 does the same with both ELO and Yes (with Geddy Lee playing bass in place of the late, great Chris Squire). Hi-def video and audio are first-rate. 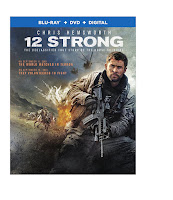 After the Sept. 11 attacks, an elite troop of U.S. Special Forces goes to Afghanistan to kick-start the War on Terror by (at first begrudgingly and later more willingly) teaming with the North Alliance to battle the Taliban and al Qaeda.

This straightforward and effective dramatization of the group’s heroics has been directed by the workmanlike Nicolai Fuglsig, and the heroes are enacted with true grit by Liam Hemsworth, Michael Shannon and Michael Pena, among others. The hi-def transfer is exceptionally good; extras comprise two behind-the-scenes featurettes.

Ilan Ziv’s exhaustive six-part feature documents the history of capitalism, from Adam Smith’s incisive and misinterpreted insights (like his legendary phrase, “invisible hand”) to the 2008 global collapse, which—according to many renowned economists—wasn’t supposed to happen.

Through interviews with sundry experts and witty sequences explaining integral concepts, Ziv has made a thorough, impactful look at what, to paraphrase Winston Churchill, is the worst of all possible economic systems—except for all others.

The Mediterranean island of Corsica (Napoleon’s birthplace) isn’t usually in movies, especially as shown in Thierry de Peretti’s gritty drama, whose protagonist returns from Paris to the raw, violent isle he grew up on after his best friend (and fellow gang member) is murdered.

Through clever flashbacks, de Peretti trenchantly explores the underbelly of a modern society whose everyday life is gripped by crime and a regional fractionalism so severe that it’s led to a separatist movement against the arrogant French state.