All About Lily Chou-Chou

Shunji Iwai’s often mesmerizing 2001 drama follows two boys who are huge fans of a superstar pop singer named Lily Chou-Chou: we see how music can make a difference in someone’s life, especially when it’s filled with personal difficulty and tragedy.

Iwai shrewdly visualizes his young protagonists’ points-of-view through postings on a message board dedicated to the singer, but at nearly 2-1/2 hours, Iwai’s meaningful psychological exploration eventually wears thin, repeating itself to diminishing returns. The film looks fine on Blu; lone extra is a substantial making-of featurette. 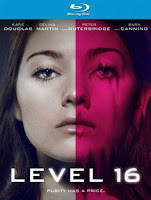 This relentlessly dour dystopian nightmare follows several teenage girls who realize that their “school” is really a prison farm from which they are drugged and sold off to rich people who pay a pretty penny for their skin—literally.

Writer-director Danshika Esterhazy mistakes blatancy for depth, ending up with a film that’s less an unsettling cautionary tale than an entirely humorless way to spend 100 minutes. There’s a good hi-def transfer; extras are 90 minutes of cast/crew interviews and a making-of featurette. 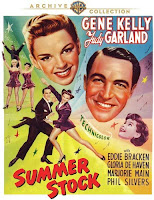 This isn’t a highlight of Judy Garland's or Gene Kelly’s career: a 1950 musical about a farmer (Garland) whose actress sister’s troupe, led by Kelly, arrives to perform in the family barn—one thing leads to another and soon Garland and Kelly are an item on and offstage.

It’s risible stuff redeemed by a few choice numbers: the pair’s challenge dance in “Portland Fancy,” Kelly’s marvelous solo turn in a deserted barn, and Garland’s climactic “Get Happy.” At least the colors pop beautifully in hi-def; extras include audio of an excised number, vintage featurette about the film and classic cartoons.

This seemingly random release finally brings George Carlin’s tenth HBO special to DVD: shot in 1997 at the Aspen Opera House, it’s something of a mixed bag, beginning with a youthful Jon Stewart introducing Carlin clips from earlier HBO specials, followed by about 30 minutes of Carlin standup and 15 minutes of Stewart interviewing Carlin.

It’s interesting, insightful, and funny, but too short; if it was two hours instead of one, it would have been more memorable.

In yet another of Italian director Ferzan Ozpetek’s elegant but empty dramas, Naples itself co-stars in this weird tale of a medical examiner—after an amazing one-night stand—discovering that not only might her conquest be the corpse she’s studying, but that he may have a twin brother whom she (naturally) begins to fall for.

As always, Giovanna Mezzogiorno invests the heroine with as much humanity, honesty and charm as she can, but Ozpetek’s cutesiness disallows much originality from seeping in. Extras comprise deleted scenes and cast/crew interviews. 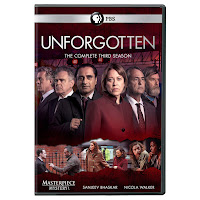 Investigating another long-unsolved murder when human remains are unearthed in a highway median, our intrepid detectives Cassie and Sunny run headlong into a lion’s den of liars and deceivers—men whose long-ago privilege is disappearing as they age: but is one of them actually a 16-year-old girl’s killer?

Once again, the excellent lead performances by Nicola Walker and Sanjeev Bhaskar dominate this intelligent and absorbing crime drama. Extras include on-set interviews and featurettes.