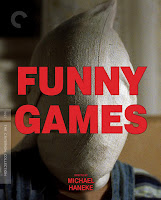 German enfant terrible Michael Haneke made this provocative, self-reflexive thriller in 1997, and its defects—obviousness, humorlessness, pointlessness—are still in glaring evidence, although it must be admitted that, thanks to committed performances by two great actors, Ulrich Mühe and Susanne Lothar (both died far too young), and nasty turns by young Aldo Frisch and Frank Giering, it’s an effective piece of trashy claptrap. 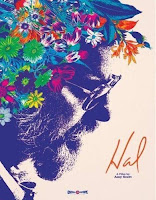 Hal Ashby (who died in 1988) was beloved for several ‘70s films ranging from The Landlord and The Last Detail to Coming Home and Being There, films championed even while they—and he—never broke through to a wide audience.

Amy Scott’s engrossing if overly reverent documentary recounts his difficult career surviving in Hollywood (the 80s were one disaster after another for him), aided by ear-opening archival interviews of Ashby and new interviews with many who worked with (and worshipped) him, from Jane Fonda, Jon Voight and Norman Jewison to Robert Towne and Lee Grant. But conspicuous by their absence are Jack Nicholson and Warren Beatty. The Blu-ray looks excellent; extras are a commentary and additional interviews. 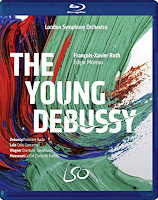 This 2018 concert by the London Symphony Orchestra is built around a recently discovered early work by French master Claude Debussy: his Premiere Suite for Orchestra, which sounds like the kind of attractive, occasionally soaring piece a talented 21-year-old composer might write. The excellent performance—conducted by Francois-Xavier Roth, the last of his three programs commemorating the centenary of Debussy’s death—opens with Wagner’s Tannhauser Overture and ends with a suite from Jules Massenet’s ballet Le Cid.

After the Wagner work is the formidable cellist Edgar Moreau playing Eduardo Lalo’s Cello Concerto; he follows that up with a masterly encore of a Bach cello suite. Hi-def video and audio are top-notch.

Hieronymus Bosch, the 15th/16th century Dutch master, created some of the most strangely compelling images ever committed to canvas, and his painting in Madrid’s Prado, The Garden of Earthly Delights, is a magnificent if unsettling triptych that has mesmerized and mystified art historians, other artists and the public for half a millennium.

José Luis López-Linares’ superb documentary delves into the painting—at times literally—with fascinating discussion from talking heads as diverse as soprano Renee Fleming, novelist Salman Rushdie and conductor William Christie, along with dozens of artists, writers and historians who take in this gorgeous if baffling masterpiece. The lone quibble with this release is that a film crammed with exquisite visuals is not available on Blu-ray.

This is yet another routine drama by French director Benoit Jacquot, whose breakthrough, 1995’s A Single Girl, got by on the magnetism of leading lady Virginie Ledoyen; his latest—a wobbly adaptation of a Don DeLillo novel—wastes both of his stars.

Although Julia Roy (who also wrote the messy script) has an undeniable presence, she and her usually interesting co-star Mathieu Amalric can do little with the forced, pandering ghost story that Jacquot shovels at us.

Polish director Olga Chajdas’ incessantly gloomy debut feature follows Nina and her husband Wojtek, unable to have a baby, who decide that free-spirited Magda can be their surrogate: then Nina inconveniently falls in love with the young woman.

Chajdas’s direction tries to be too flashy at the expense of her own characters, and incongruous plot twists and implausible plot twists don’t help. Her committed actors, especially Julia Kijowska (Nina) and Eliza Rycembel (Magda), give fierce portrayals in a vacuum. Lone extra is a short, Social Butterfly, by director Lauren Wolkstein. 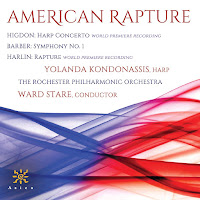 Rapture is an exuberant closer and Barber’s classic sounds great even in a perfunctory reading, which this decidedly is not. The concerto was composed for and dedicated to American harpist Yolanda Kondonassis, who brings out the many subtle facets of her instrument throughout the four movements, from the chamber-like lyricism that most associate with the harp to exhilarating rhythmic bursts.