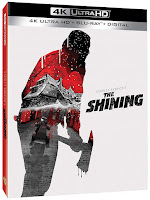 Stanley Kubrick’s horror masterpiece, derided upon its 1980 release because it didn’t play by the genre’s arbitrary rules, has since taken its rightful place as one of our greatest directors’ greatest films, to say nothing of being superior to Stephen King’s novel in every way. The photography—featuring the most unnerving Steadicam ever—sets, editing, and music (by Bartok, Penderecki and Ligeti) are astonishing, and the performances by Jack Nicholson, Shelley Duvall and Danny Lloyd are appropriately over-the-top. 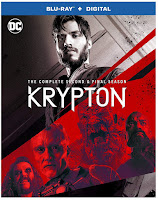 (Warner Bros. Home Entertainment provided me with a free copy of this Blu-ray. The opinions I share are my own.)

In this sci-fi fantasy series’ second and final season, its clever alternative Superman origin story comes to an end: Seg-El, Superman’s future grandfather, tries to save his beloved eponymous home planet from the malign leadership of Zod by bringing together a group of passionate resisters.

The second season is fleeter, less self-serious than the first, and it goes without saying that it’s far more entertaining to watch. There’s a superior hi-def transfer; extras are two featurettes. 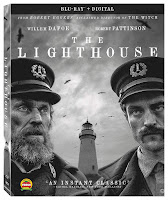 Director-writer Robert Eggers made his name with the clever if not totally original The Witch, but he comes a cropper with his latest, a claustrophobic but quickly enervating two-hander about two men slowly going insane while manning a lighthouse on an isolated island. 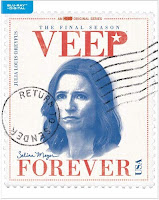 HBO’s political comedy jumped the shark a couple of seasons ago, despite what some have said: it was the same tired material regurgitated, and the performers, talented as they were, simply treaded water playing these caricatures.

Nothing much has changed in the final, abbreviated (seven-episode) season, even if there are still sparks of the old back-and-forth, especially among Julia Louis-Dreyfuss, Anna Chlumsky and Timothy Simons. There’s a first-rate hi-def transfer; extras are brief featurettes and cast interviews.

This mockumentary follows Tim Heidecker as he runs for the position of district attorney in San Bernadino County, California, as—get this—revenge for how he felt he was treated by the current DA when Heidecker was on trial for the deaths of 19 people at a festival he ran (it was a hung jury—there was a single holdout to convicting him).

Notwithstanding its clever setup, director Eric Notarnicola’s film makes it much too obvious that the egomaniacal Heidecker is tRump Jr. by another name as his campaign sputters before flaming out altogether. There are moments of potent satire, but too much of the running time is unfortunately given over to Heidecker’s clichéd arrogant jerk. 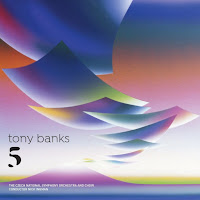 Genesis keyboardist Tony Banks—whose synthesizer sounds were one of the reasons why the band was a progressive-rock supergroup for decades, even when Phil Collins’ pop sensibilities took over for the band’s final years—tries his hand at symphonic music with these five works.

Unfortunately, there’s little variation to be heard as 5 mainly comprises washes of sound with nods to Philip Glass-like block chords; calling it unimaginative is putting it nicely. Nick Ingman’s orchestrations and arrangements do little to distinguish these five works from one another, and Ingman and his Czech National Symphony Orchestra and Choir forces follows suit.