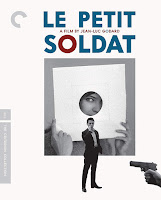 Jean-Luc Godard made his second film immediately after his breakthrough debut, 1959’s Breathless, but the incendiary material—the director scaldingly indicts both the French and the Algerians’ use of torture in the then-current Algerian War—caused its ban in France and it was not shown elsewhere until 1963.

Its elliptical narrative is typically Godardian, but Godard’s political urgency, the sharp B&W Raoul Coutard photography, and the first appearance of his then-muse, Anna Karina, make Soldat pointed and still relevant. Criterion has provided its usual superb hi-def transfer; the interesting if skimpy extras comprise two Godard interviews—a 1961 audio one and a 1965 video one—and a 1963 interview with actor Michel Subor. 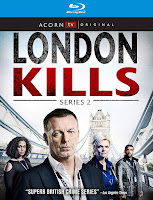 In the second series of London Kills, the team investigates the killing of an elderly man whose nine-year-old grandson called in the killing. Soon child abuse and other cover-ups dominate in this taut, tantalizing and extremely well-plotted follow-up to last season’s auspicious debut.

By now, Doc Martin is as comfortable as an old shoe, but series 9 throws a curve ball: the good doc is being hounded by officials unpersuaded by his unorthodox methods, even though it’s been good enough for the locals for years. Both series feature tremendous acting to go along with the fine writing. There are first-rate hi-def transfers; extras include interviews and behind-the-scenes featurettes. 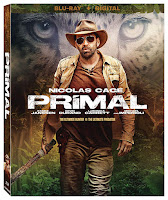 Even by the standards of recent Nicolas Cage fare, this is a doozy: he plays a big-game hunter whose treasured catch, a white panther, is cargo on a ship heading back from Africa to America. Also on board is a dangerous prisoner who, of course, gets loose and causes trouble, especially when he frees the panther and other dangerous animals of Cage’s including—of course—deadly snakes.

The claustrophobic ship setting isn’t really given a thorough workout by director Nick Powell, but it remains mindless (and relatively brief) entertainment. There’s an excellent hi-def transfer; lone extra is a making-of featurette.

Jeanne Henry has made an emotionally involving look at adoption, and how each person involved—would-be parents, temporary guardians and, of course, the agency workers themselves—rides a personally wrenching roller coaster as the bureaucracy’s slow machinery grinds its way forward.

Marrying insightful writing and precise directing with exemplary performances—particularly from that sorely underused actress Elodie Bouchez as the expectant mom and Sandrine Kilberlin as the lead agency rep—Henry’s drama is a memorable soap opera. 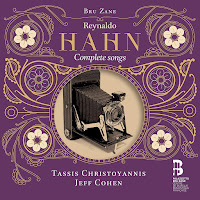 The great composers of French song include Fauré, Chausson, Poulenc, Duparc—and Reynaldo Hahn (1874-1947), whose own mastery of the French art song, the mélodie, was wide-ranging and impressive through several decades and dozens of songs.

This four-disc set collects everything that Hahn composed, from the early “Rêverie” and “Si mes vers avaient des ailes”—written at age 14 to words by Victor Hugo—to the posthumously published Neuf Mélodies retrouvées. All 107 songs—for which the lavish and illustrated booklet includes the French texts and English translations—are expressively sung by Greek baritone Tassis Christoyannis, who is beautifully accompanied by American pianist Jeff Cohen.