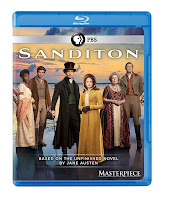 This PBS Masterpiece adaptation of an unfinished novel by Jane Austen is as sumptuous as Downton Abbey or Poldark, but with a drive and dramatic impetus all its own: Austen’s interlocking stories of several characters—with her feisty heroine Charlotte Heywood front and center—make for eight episodes of rich viewing.

Leading the immaculate cast is Rose Williams, who makes a sympathetic and winning Charlotte; Theo James is nearly her equal as Sidney Parker, her nemesis turned romantic possibility. On Blu-ray, the series looks quite enticing; extras comprise three short featurettes. 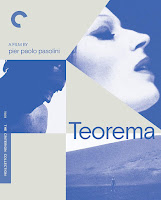 Italian director Pier Paolo Pasolini’s 1968 drama was a failed attempt at making a theoretical construct—the title is Italian for “theorem”—with minimal dialogue and characters as prototypes in an assaultive provocation. The film looks ravishing, as does Terence Stamp as a stranger who enters a rich family’s house and proceeds to seduce everyone—father, mother, son, daughter and housekeeper—transforming their lives for better or ill.

Even this, one of Pasolini’s most inscrutable films, looks better than ever in Criterion’s hi-def release—and even sounds more interesting on the alternate English-dubbed soundtrack featuring Stamp’s voice. Extras are commentary by Robert S. C. Gordon, author of Pasolini: Forms of Subjectivity; 1969 Pasolini intro; 2007 Stamp interview; and a new interview with John David Rhodes, author of Stupendous, Miserable City: Pasolini's Rome. 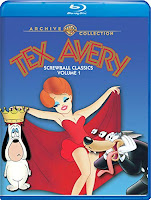 It’s taken awhile for these vintage cartoons to be released on Blu-ray, mainly because of the questionable morals and unbridled racism that these ‘40s and ‘50s works encompass, but since Tex Avery’s importance in the world of animation cannot be overstated, it’s great that all 19 cartoons are finally available.

Of course, there are problematic issues throughout, especially the obvious stereotypes in Big Heel-Watha, but the cleverness and wit of Batty Baseball or Symphony in Slang cannot go unnoticed. The colors in hi-def look smashing. 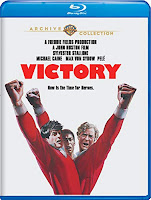 John Huston’s lumbering sports-cum-war drama seemed old-hat when it was released in 1981; watching a combination of movie stars and soccer greats (including Pele) team up as Nazi POWs against the German team in a soccer match during World War II seems ludicrous from the get-go. Huston directs relatively unobtrusively, but the few flourishes—slo-mo for an amazing Pele goal—and Bill Conti’s pseudo-rousing, sub-Rocky score reek of desperation.

Sylvester Stallone is embarrassing as an American who plays goal for the prisoners (he even pronounces the river “Sane” in ugly American fashion), while Michael Caine, Max von Sydow (as a Nazi functionary) and others don’t completely embarrass themselves. The film looks quite good in hi-def. 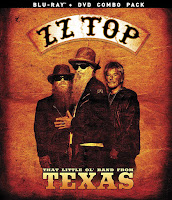 Celebrating an amazing half-century of this blues-rock power trio playing together, Sam Dunn’s entertaining documentary quickly moves through the members’ history as musicians and friends, covering their ups (notably huge MTV success in the early ‘80s) and downs (drug addiction nearly derailed them).

It’s telling that after the MTV section—smash videos “Sharp Dressed Man” and “Legs” got massive airplay—the documentary ends with “ZZ Top is still playing,” showing how fast and brief their commercial peak was, although those who extol them—including Josh Homme and Billy Bob Thornton—say their influence is more than just visual. Both hi-def video and audio are first-class.

The latest adaptation of the classic E.M. Forster novel comes from the pen of Kenneth Lonergan, who won an Oscar for his brilliant script of Manchester by the Sea and is one of our leading playwrights. Lonergan brings a light touch to the material that at times threatens to become too “modern,” but on the whole he respects Forster’s original throughout his four-part miniseries treatment.

Even more splendid is Haley Atwell, an always underrated—and too little-seen—actress who brings real charm to the role of Margaret Schegel. Providing welcome support is the rest of the cast, led by Julia Ormond, Matthew Macfadyen and Tracey Ullmann. 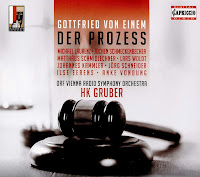 It’s generally agreed that his first opera, 1947’s Danton’s Death, is Gottfried von Einem’s best, although there are adherents for both 1971’s The Visit of the Old Lady and his follow-up to Danton, 1953’s The Trial, based on Kafka’s hallucinatory novella.

This 2018 Salzburg Festival recording of The Trial, in a vivid performance by the ORF Vienna Radio Symphony Orchestra under conductor HK Gruber, ratchets up the dramatic intensity. Leading a huge cast of impressive soloists are Michael Laurenz as the antihero Josef K. and Ilse Eerens as the various women who flit in and out of his marked life.