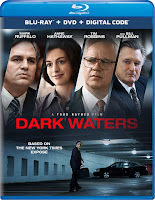 In this throwback to muckraking films like Silkwood and Erin Brockovich, Mark Ruffalo plays a corporate lawyer who finds himself on the wrong side of his bosses and Dupont when he brings lawsuits against the company for poisoning the water in rural West Virginia.

Todd Haynes might not seem like the obvious director for such a straightforward drama, but he guides the plot capably and gets strong performances out of Ruffalo and the supporting cast: Anne Hathaway, Tim Robbins, Bill Pullman, Bill Camp and several of the actual people who were affected by Dupont’s negligence. The film looks fine in hi-def; extras comprise three making-of featurettes. 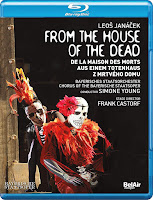 From the House of the Dead

Czech composer Leos Janáček died in 1928 before the premiere of his last opera, a haunting adaptation of Dostoyevsky’s novel about a Siberian prison camp. But despite the perfect marriage of Janáček’s startling music and Dostoyevsky’s taut drama, director Frank Castorf decided he can be trusted more than those two geniuses, opting for all the wrong things: pointless video screen action (obtrusive cameramen and -women are seen too often onstage), a garish parade of painted flesh, and a sense that the prisoners are interchangeable.

It all lessens the dramatic impact as well as Janáček’s carefully constructed musical cues. The orchestra, conductor Simone Young, chorus and performers do their best to bring across Janáček’s musical vision. There are first-rate hi-def video and audio. 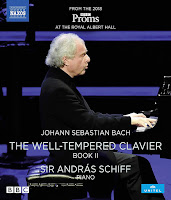 Last month I mentioned how astonishing it was that András Schiff performed Bach’s entire Well-Tempered Klavier, Book I, at the 2017 BBC Proms completely from memory. Now there’s Schiff’s playing Bach’s Well-Tempered Clavier, Book II, at the 2018 BBC Proms, and—if it’s even possible—it’s even more incredible that, once again, Schiff plays the entire 140-minute work from memory.

Bach’s preludes and variations are enough to tax any pianist, but Schiff plays one of our greatest composers’ greatest works with artistry and graceful calm. Hi-def video and audio are excellent. 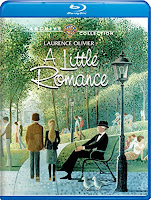 George Roy Hill’s cutesy 1979 romance introduced Diane Lane to the world, and that’s the most enduring quality of this alternately charming and enervating film about the budding relationship between a French boy and American girl in Paris. Lane’s natural charisma is already obvious, but her costar, Thelonious Bernard, is less impressive (he would quit movies and go on to become a dentist); Laurence Olivier, as a French rascal who helps the young couple, chews the scenery delectably, and Sally Kellerman is an amusing mess as Lane’s mom.

George Delerue’s old-fashioned (and baroque-sounding) score won an Oscar, while the locations—Paris, Verona and Venice—are unbeatable. The film looks good if unspectacular in hi-def. 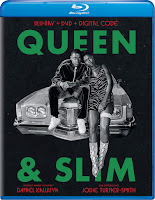 In the fraught atmosphere of tRump’s America, director Melina Matsoukas and writer Lena Waithe enter the fray with their provocative exploration of the aftermath of an all-too-real situation: a black couple—on a first date yet—accidentally kill a cop who pulls them over on a Cleveland street. They go on the lam before being tracked down and sacrificed to the gods of police brutality and white privilege.

Like Bonnie and Clyde and Thelma and Louise before it, the film makes for a messy metaphor, but it’s a riveting drama about two innocent people who become martyrs, with superb performances by Jodie Turner-Smith (Queen) and Daniel Kaluuya (Slim). The film looks splendid on Blu; extras include Matsoukas and Waithe’s commentary and making-of featurettes. 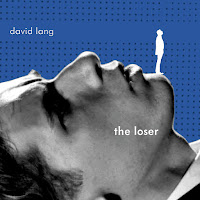 In this inspired monodrama based on a novel by Thomas Bernhard, Rod Gilfry narrates the story of two performers who feel inadequate once they realize the immense artistry of their fellow classmate: Canadian pianist Glenn Gould (who calls one of them the title moniker).

Gilfry finds the nuances of emotion and intellect in his characterization, and Lang’s music—for piano and small ensemble—moves along with a sturdy forward momentum in this shockingly direct commentary about the vagaries of art, life and death.