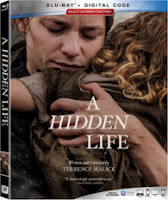 The best film of 2019, Terrence Malick’s expansive epic insightfully dramatizes the true story of an Austrian farmer whose conscience prevented him from pledging allegiance to Hitler and the Nazis.

Malick’s style—gorgeous outdoor shots, soaring music, transfixing hand-held camerawork, quicksilver editing, revealing voiceovers—reaches its apogee in this psychologically penetrating study that, for this non-believer, is one of the most profound films about religion since Bresson’s Diary of a Country Priest and Schepisi’s A Cry in the Dark. Even James Newton Howard’s score—which features James Ehnes’ yearning violin playing—sits perfectly amid Malick’s eclectic palette of Bach, Beethoven, Handel, Gorecki, Schnittke, Part and Dvořák. The film looks immaculate in hi-def. 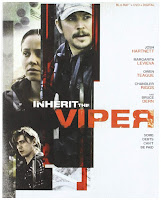 It’s certainly about a timely subject, but Anthony Jerjen’s drama about opioids destroying middle America is too diffuse, along with being excessively melodramatic.

A good cast—led by Josh Hartnett and Margarita Levieva as a brother and sister drug-selling team as well as Bruce Dern as a bar owner—unfortunately flounders as Jerjen and writer Andrew Crabtree prefer atmosphere over plausibility in their characters’ motivations. There’s a fine hi-def transfer. 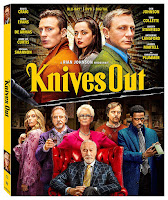 Rian Johnson’s entertaining whodunit—which nods explicitly to Agatha Christie and Hitchcock, among others—is overlong and takes too many too-clever twists and turns, but it’s well-paced and has a large cast which never takes itself seriously enough to keep it from going sour.

Daniel Craig, Christopher Plummer and Michael Shannon happily ham it up, while Ana de Armas finally has her breakout role as the only sympathetic one of the bunch. The film looks terrific on Blu; extras include two commentaries, deleted scenes with commentary, two-hour making-of documentary (Making a Murder), post-screening Q&amp;A with Johnson and cast, and making-of featurette.

Another of Clint Eastwood’s schizophrenic—and hypocritical—films is this dramatization of the 1996 Atlanta Olympics bombing and the efforts to paint security guard Richard Jewell as the bomber rather than a hero. When Eastwood sticks to Jewell’s story, it’s blatant but effective, and Paul Walter Hauser gives a fine, understated performance as Jewell (his mother, however, is shrilly enacted by Kathy Bates, who typically got an Oscar nomination).

But when dissecting Jewell’s treatment by the FBI and the media (with scandalously broad portrayals by Jon Hamm and a particularly horrible Olivia Wilde), Eastwood turns this into a ham-fisted “fake news” tirade. Even Sam Rockwell, as Jewell’s lawyer, too easily moves between complex and caricatured. There’s a first-rate hi-def transfer; extras comprise two making-of featurettes.

This clunky thriller has a fun premise—after a world-famous “mad” composer dies, his violinist daughter finds his final work, which has tantalizing clues that summon evil spirits—but doesn’t do much more with it beyond the Gothic mansion setting.

Freya Tingley has a colorful presence as the daughter—she’s even good at faking the violin playing—but the late Rutger Hauer (as “mad” dad) doesn’t have much to do, and the climax is more risible than frightening. There’s a quite good hi-def transfer; lone extra is a making-of featurette. 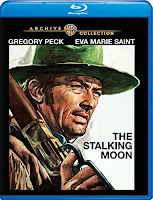 Robert Mulligan’s plodding 1968 western is set amid the beautiful vistas and craggy hills of Red Rock Canyon, which show far more emotion than that famous piece of granite, Gregory Peck, who plays an army scout who assists a half-Apache woman (a stolid Eva Marie Saint) and her son cross the prairie to safety.

The result is a routine drama that’s visually stunning but ultimately superficial; even the gunplay and the climactic showdown are as predictable as they are dully presented. The film looks perfect in hi-def. 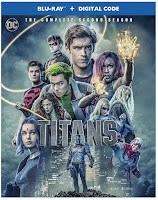 In season two of this fresh retelling of the Teen Titans franchise, the titans are reformed after the dramatic showdown that ended the previous season, as they set up shop in Titans Tower, hoping to go on with ordinary lives—until, of course, some of their old enemies return and force them to deal with some unfinished business.

The energetic young cast helps put this over despite its inherent silliness. The second season’s 13 one-hour episodes look especially impressive in hi-def; lone extra is a featurette on titan Jason Todd. 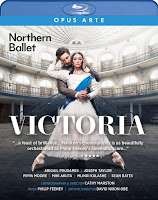 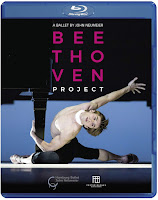 A ballet about Queen Victoria—sure, why not? Northern Ballet’s Victoria is an entertaining and illuminating new dance work, choreographed and directed by Cathy Marston and with an excellent original score by Philip Feeney (Jonathan Lo conducts the Northern Ballet Sinfonia). In the title role, Abigail Prudames is a luminous stage presence. 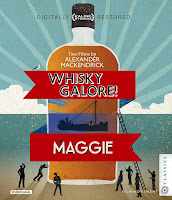 These early Ealing Studios films are prime examples of the low-key, dry humor that obtains in many of their releases, especially those of director Alexander Mackendrick, who helmed both titles. 1949’s Whiskey Galore! hilariously studies the effect that a sinking ship containing liquor has on a small Scottish community dealing with wartime rationing.

1954’s The Maggie amusingly pits an American businessman against a British boat captain in a battle of dollars, wills and wits. Both B&amp;W films look sparkling in their new hi-def transfers; Whiskey extras comprise an audio commentary, documentary and featurette.

Jonathan Schienberg’s eye-opening documentary follows Jamil, a 15-year-old born in this country but whose parents and sister are deported after his dad’s arrest for being an undocumented immigrant.

The unusually articulate teenager Jamil wants the life he’s envisioned for himself in the States but feels a kinship with his family back in Honduras; Schienberg depicts the insanity, anger and ultimately human cost of our already draconian immigrant policies that have been further exacerbated by the colossus of evil named tRump. 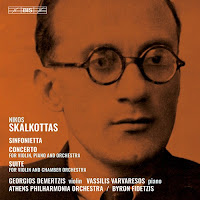 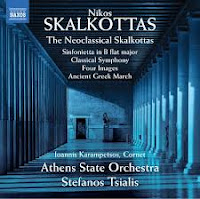 I didn’t even know the name Nikos Skalkottas before I listened to these two discs of his music, and if he isn’t particularly innovative, he is a composer of accomplished and attractive if mainly conventional and, ultimately, minor music. Still, there’s variety and charm in the works on both discs, even though the most memorable of them, the B flat major Sinfonietta, appears on each.

The BIS disc also includes his modernist-period works, the concerto for violin and piano and the suite for violin and chamber orchestra. The Naxos disc has the weightier Classical Symphony and Four Images for orchestra, prime examples of his neoclassical period.