The latest indelible BBC exploration of our amazing natural world is this seven-part series—each episode covering one of the continents—narrated by the indefatigable David Attenborough, which displays the myriad ways that current cinematographers and directors can drop us in the middle of such eye-popping scenes as cheetahs running down topis (African antelopes) or miniscule frogs feeding their even more microscopic tadpoles.

Drone photography has been perfected to such a great degree that image after unforgettable image jumps off the screen, sometimes literally. Needless to say, in hi-def, all seven hours look simply breathtaking; extras are short on-set featurettes. 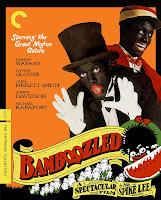 Spike Lee’s most incendiary post-Do the Right Thing movie, this 2000 joint takes on the entertainment industry’s institutional racism, as a desperate TV creator (Marlon Wayans) hits on the idea of a new minstrel show—complete with black performers in blackface—which becomes an unexpected hit. As usual with Lee, powerful moments sit next to trite, tone-deaf sequences; also, as usual, the movie goes on too long, making its points repeatedly but to considerably less effect. 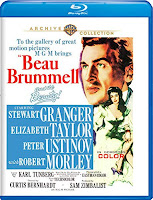 The legendary dandy—whose picaresque adventures have long been a mainstay on both the stage and screen—is played by the dashing Stewart Granger in Curtis Bernhardt’s 1954 production, which also features a dazzling young Elizabeth Taylor as his love interest and the great Peter Ustinov as his foil, King George.

Although dramatically saggy, the movie does earn points for its sumptuous costume design and color photography (the latter by Oswald Morris) and the fine score by Miklos Rosza and Richard Addinsell. There’s an excellent hi-def transfer. 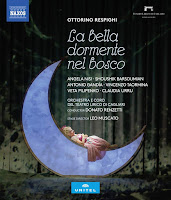 Ottorino Respighi—famed for his richly-scored orchestral works The Pines of Rome and The Fountains of Rome—also wrote several operas of melodic richness and stageworthy drama, such as this version of Sleeping Beauty originally created as a marionette opera, then revised and reorchestrated for the opera house.

Director Leo Muscato’s 2017 production at the opera house in the city of Cagliari (on the Italian island of Sardinia) is a delightful frolic, nicely played by the musicians and appealingly sung by the cast. The hi-def video and audio are top-notch.

In 2007, legendary designer Yves Saint-Laurent had his final fashion show in New York, and Olivier Meyrou’s fly-on-the-wall documentary presents many backstage scenes and more intimate moments that drew the ire of Saint-Laurent’s partner Pierre Bergé—who figures prominently in the film—and he blocked its release.

But after Bergé's death in 2017 (Saint-Laurent died in 2008), it's finally been released. Shot in appropriately grainy black and white—with occasional bursts of color—which makes it seem all the more like a clandestinely shot exposé, Celebration (certainly an ironic title) is a warts-and-all portrait of the designer as a frail, old man.

Alla Kovgan’s documentary about the great Merce Cunningham—who died in 2009—manages to pack an astonishing amount about Cunningham’s storied dancing and choreographing career into 93 minutes, from his groundbreaking collaborations with composer John Cage to his international celebrity and enormous influence in subsequent decades.

We hear Cunningham’s own words as we watch his dances, both in archival footage and in new performances by current dancers in his company. The lone quibble: this stunning-looking film was shot in 3D, but not only is it not being released on 3D Blu-ray, it’s only available on DVD, so a lot of the visual brilliance is lost. What a missed chance! The lone extra is a short featurette by Kovgan explaining one of the sequences. 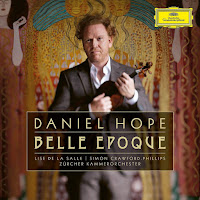 Violinist Daniel Hope’s latest recording is two discs’ worth of the most representative music of the by-gone Belle Epoque era, which flourished in Europe—and particularly in Paris—in the early years of the 20th century.

The first disc comprises orchestral music, starting with Chausson’s extraordinary Concerto in D major, which Hope dispatches with elegance. Works by Debussy, Massenet, Strauss, Schoenberg and Elgar (a pair) round out this lovely disc. The quirky but fun chamber-music disc consists mainly of miniatures by the likes of Faure, Berg, Webern, Zemlinsky, Ravel, Enescu, Bridge and Hahn, all played beautifully by Hope and his musical partners. 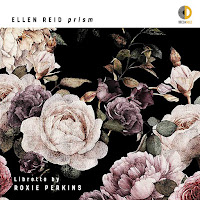 Winner of last year’s Pulitzer Prize in music, Ellen Reid’s emotionally shattering opera (with an articulate and often blunt libretto by Roxie Perkins) explores the aftereffects of sexual assault in a non-linear and kaleidoscopic work that, based on this otherwise excellent recording, would probably be even more powerful onstage. But, as this faultless performance shows, the chamber orchestra is handled brilliantly and with endless displays of resourcefulness by Reid, especially in the pounding percussion segments, astringent sounds that sit side-by-side with her gorgeous melodies.

Julian Wachner ably conducts the NOVUS NY ensemble and the choir of Trinity Wall Street, and Anna Schubert and Rebecca Jo Lamb give performances of fierce intensity. A bonus track is violist Nadia Sirota’s haunting rendition of “Lumee’s Dream,” an excerpt from prism.