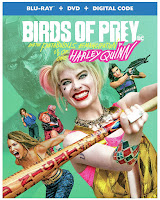 Unsurprisingly, Margot Robbie is a blast to watch as Harley Quinn, the hyperactive anti-heroine who destroys troublemakers with the help of her fellow “birds of prey” sisters in this often frenzied and at times even desperate DC Comics actioner by director Cathy Yan and writer Christina Hodson. 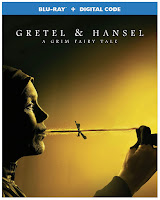 Director Osgood Perkins’ version of the Grimms’ fairy tale is unsubtly subtitled “A Grim Fairy Tale,” and though it looks stylish (with evocative photography, sets and costumes), its 87 minutes are diminished by a willfully draggy pace and even, at times, repetitiveness garnering diminishing dramatic returns.

Although Sophia Lillis is a most persuasive Gretel, Sam Leakey is a mostly wooden Hansel and Alice Krige hams it up mightily as the witch. The film looks exceptional in hi-def; lone extra is a storyboard featurette. 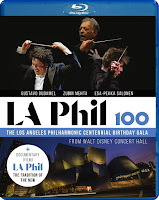 Last fall, the Los Angeles Philharmonic’s centennial concert brought together three of its best-known music directors—Zubin Mehta, Esa-Pekka Salonen and the current head of the orchestra, Gustavo Dudamel—for a satisfying 90-minute exploration of music from Wagner, Ravel and Stravinsky to the great Polish modernist Witold Lutosławski’s Symphony No. 4 and a new work by Daniel Bjarnason, From Space I Saw Earth, conducted by all three maestros.

Hi-def audio and video are first-rate; lone extra is The Tradition of the New, a 52-minute documentary about the orchestra’s history. 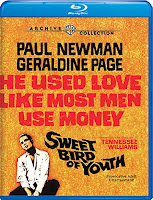 Although Tennessee Williams’ play about a gigolo who returns to his hometown after failing in Hollywood has been bowdlerized by self-imposed film censorship in 1962, writer-director Richard Brooks’ adaptation still makes a strong impression thanks to its impeccable cast.

Paul Newman, Geraldine Page, Shirley Knight, Rip Torn and Ed Begley (who won an Oscar) have these characters in their very bones, and they nearly overcome the loss of Williams’ potent dramaturgy about hysterectomy and castration, unfortunately replaced by abortion and a broken nose. Milton Krasner’s sharp color photography looks especially vivid on Blu-ray; extras include a vintage featurette and Page and Torn’s screen test.

Tea with the Dames

This beguiling documentary about the grand dames of British acting—Eileen Atkins, Judi Dench, Joan Plowright and Maggie Smith—records them as they engagingly, hilariously and even touchingly discuss their long careers and friendships as well as mortality.

Director Roger Michell smartly allows the dames feel free enough to let fly with a curse word here or an extra slug of champagne there; inserting vintage clips of the quartet as actresses in prime form—from ’50s Shakespeare to 21st century films—is an added nice touch. One quibble is brevity: 83 minutes are not nearly long enough to do these women justice. So it’s too bad that there are no deleted scenes as a Blu-ray bonus; the film does look very good in hi-def. 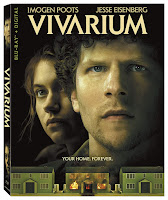 When a couple visits a real-estate development, they are unable to leave and are soon forced to raise a young boy by what seem unseen alien forces—and things only get worse from there. Director Lorcan Finnegan and writer Garret Shanley’s visually striking but thematically muddled sci-fi/horror flick piles on unpleasantness and obviousness (the opening shows cuckoos taking over other birds’ nests to survive) and ends up as an inferior Twilight Zone episode stretched to 95 minutes.

The movie hammers home its one-note metaphor with a relentlessness that’s ultimately enervating, wastes Jesse Eisenberg and Imogen Poots as the couple and has a botched ending that makes scant sense even in its nefariously unreal world. The film looks splendid in hi-def.

Capital in the Twenty-First Century

Based on the best-selling book by French economic theorist Thomas Piketty—who also has a prominent onscreen role—Justin Pemberton’s engaging documentary presents Piketty’s theories on capitalism’s role in our current lopsided economic, social and political climate in a thoughtful way for mainstream audiences.

Supporting Piketty’s viewpoint are commentators who delve into the history of capitalism from Adam Smith to today—showing that the economic inequality that has only worsened in the past century is not entirely irreversible, but that time may be running out. (KinoMarquee.com)

This fascinating hybrid of documentary and fictional reenactment tells a harrowing story—how prisoners in immigrant detention centers are assisted by those who get themselves detained to better facilitate their release—as a contrived balancing act that’s necessitated by the fact that what happened behind the centers’ walls was not filmable.

Despite their film not being as pointed as it should be, directors Cristina Ibarra and Alex Rivera provide a vivid snapshot of an America that’s at a crossroads—but one in which desperate and daring activists like those detailed in their film will do what it takes to make things right.

Bertrand Bonello’s different kind of zombie movie tackles history and agency by being set in 1962 Haiti and present-day Paris, where the descendant of a zombie attends a girls’ boarding school.

Too bad that, by avoiding flesh-eating gore, Bonello ends up with a moderately interesting film of unusual locations whose lack of hysteria leads to stretches of deathly dullness: talk about Rhianna (also a product of the Caribbean) and white teenage girls taking a page from the colonized to rid themselves of evil spirits are not dramatic subjects in Bonello’s hands. Extras comprise Bonello’s commentary and Philip Montgomery’s short film, Child of the Sky. 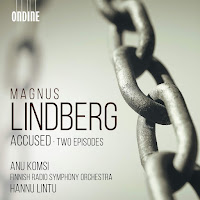 2015’s sensationally gripping Accused (subtitled “Three Interrogations for Soprano and Orchestra”), Finnish composer Magnus Lindberg’s first work for the London Symphony Orchestra as composer in residence, takes as its theme the loss of freedom of speech through a trio of episodes (French Revolution, Communist East Germany, Obama’s America) that give powerful voice to women questioned under duress. 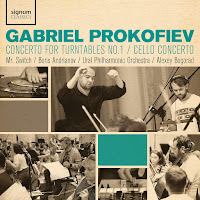 A mash-up of the dance club and concert hall, Gabriel Prokofiev’s 2006 Concerto for Turntables No. 1 balances, with humorous bombast, the scratchy sounds of the DJ’s turntable (the soloist is British-born Mr. Switch, aka Anthony Culverwell) with a hypnotically dissonant orchestral part.

Prokofiev’s Cello Concerto is less forward-looking, hearkening back to such modernist masterpieces as his grandfather Sergei’s masterly Symphony-Concerto, among others. Boris Andrianov is the estimable cello soloist; the Ural Philharmonic under the direction of conductor Alexey Bogorad provides vivid accompaniment in both works.