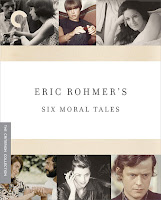 Between 1963 and 1972, French director Eric Rohmer made several films exploring how a man interested in one woman is tempted by another: these Six Moral Tales are filled with endless talk, sometimes intelligent and insightful, other times pregnant and ponderous, with arid stretches only Rohmer aficionados will appreciate.

The most memorable are 1969’s My Night at Maud’s with the fabulous Francoise Fabian as Maud and 1972’s Love in the Afternoon with its enticing depiction of the sexual aroma in our daily lives. Criterion’s excellent boxed set collects these films in very good new hi-def transfers; extras include four Rohmer short films, archival interviews and a book of Rohmer’s own stories. 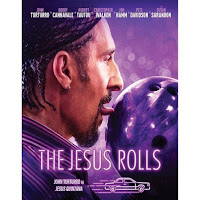 John Turturro’s 2017 remake of Bertrand Blier’s 1974 romp Going Places (with a then unknown Gerard Depardieu and Isabelle Huppert) is one of the more unnecessary recent movies, and this disappointment comes after his amusing 2013 Fading Gigolo with Woody Allen.

This vanity project—Turturro stars, directed and wrote—allows the actor to ham it up as Jesus Quintana from The Big Lebowski, but even with a top cast—Audrey Tautou, Bobby Cannavale, Susan Sarandon, Gloria Reuben, Christopher Walken—such a heavy-handed, unfunny misfire makes the occasionally clever original look like a classic in comparison. There’s a superior hi-def transfer; lone extra is a Turturro and Cannavale commentary.

Rachel and the Stranger

In this straightforward 1948 western, a widowed father (William Holden) raises his young son alone who hires an indentured servant (Loretta Young) to be teacher, mother and wife—until a family friend (Robert Mitchum) comes along and disrupts their arrangement.

The stars make a formidable trio as the servant-owner relationships slowly blossoms into something more intimate, while director Norman Foster leaves no clichéd stone unturned, including a rote Indian attack for a not particularly dramatic ending. There’s a sparkling hi-def transfer of this good-looking B&amp;W film. 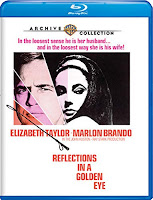 Reflections in a Golden Eye

Carson McCullers’ novel about the tortured relationships of a flirty wife, her closeted army husband and a brazen young enlistee became a compellingly bizarre 1967 character study directed by John Huston and a daring film for its time with male nudity and repressed sexual transgressions.

VODs of the Week

Actor Brian Dennehy—who died last month at age 81—gets a nice send-off in this sensitively performed drama about an elderly vet who forms an unlikely friendship with a shy 8-year-old boy staying next door with his mother as she cleans out the home of her recently deceased sister.

Director Andrew Ahn and writers Hannah Bos and Paul Thurteen map out these grieving characters with wise understatement, and Dennehy’s towering presence is easily matched by youngster Lucas Jaye opposite him.

William Nicholson directs his own adaptation of his first-rate chamber play The Retreat from Moscow, which I saw on Broadway in 2003 with the magisterial John Lithgow and Eileen Atkins as a long-married couple about to break up and Ben Chaplin as their son caught in the middle.

In this well-made if too restrained version, Bill Nighy and Annette Bening are persuasive as the couple and Josh O’Connell is decent as their son—but the raw emotions that propelled the play onstage are mostly missing. Instead, we get the scenic Sussex coastline—one of its cliff sides provides the movie’s title—as a lovely postcard backdrop to the marital battles.