The King of Staten Island

I’m no fan of Pete Davidson or Judd Apatow so I unsurprisingly found their collaboration—all two hours and fifteen minutes—insufferable. Davidson basically (and monotonously) plays himself if he never joined SNL, just a tattooed goof-off; shoehorning his own tragic back story (Davidson’s real father, a firefighter, died on Sept. 11) into this crude, forgettable attempt at comedy—another of Apatow’s paeans to losers—borders on the unseemly.

On the positive side, Marisa Tomei is a delight as Pete’s mom, Steve Buscemi is fine as a fireman, and Bill Burr is agreeable in a one-note part as Mom’s new boyfriend (another fireman)—but they only partially compensate for long stretches of choppy, self-indulgent moviemaking and empty, laughless space.

French director Claude Sautet’s sophomore feature, this 1960 crime drama is a taut, tight exploration of a wanted man’s desperate attempts to remain free—by film’s end, his wife is dead, he’s separated from his two young sons and the law is right behind him.

Lino Ventura gives a blistering performance as the flawed protagonist and has fine support by Jean-Paul Belmondo as his latest—and likely last—partner and Sandra Milo as a young woman who assists them. Superbly shot in stark B&amp;W by Ghislain Cloquet, Sautet’s best film was followed by increasingly more erratic features, unfortunately. 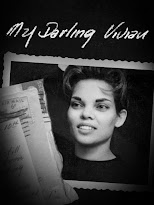 Emotional interviews with Vivian’s daughters are interspersed with an eye-opening and quite touching look at Vivian with and without Johnny: after their divorce, she remarried while admitting that Johnny was the love of her life.

Bill Nighy displays his usual snarky persona as a respected tailor damaged after one of his sons stormed out during a tense game of Scrabble in Carl Hunter’s by-the-numbers study of a man more interested in words than in other people, including his own family.

The always watchable Nighy can do sort of thing in his sleep, which means there’s little surprise to his character arc, while even an actress as dependable as Jenny Agutter is unable to create many sparks as a woman who enters the tailor’s life after meeting him at the morgue, of all places.

Polish director Jan Kosama’s provocative study of a 20-year-old jailbird posing as a village priest and how it changes him and his parishioners—especially after he looks into past sins that have been swept under the rug—might be contrived but it’s a powerful statement on the uneasy intersection of criminality, religion and redemption.

Bartosz Bielenia gives a phenomenally effective performance in the lead role while Eliza Rycembel leads an excellent supporting cast as a local woman he befriends. The film looks terrific on Blu; extras are a making-of featurette and Kosama’s 2003 short, Nice to See You.

Polish director Andrzej Zulawski made several films about unhinged characters in difficult relationships, but he’s in relatively muted mode in this disjointed 1974 portrait of a struggling actress juggling her personal and professional lives.

Romy Schneider’s incendiary portrayal of a married woman who falls in love with a photographer provides some searing and intense moments; too bad these are exceptions in Zulawski’s wan glimpse at artists’ difficulties. There’s a very good hi-def transfer; lone extra is a Zulawski interview. 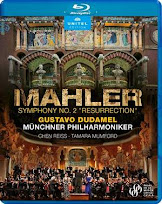 Performed in the gorgeously cathedral-like Palau de la Música Catalana in Barcelona, Mahler’s mammoth work comes off brilliantly, from its quiet beginnings to its stirring finale, much like Beethoven’s ninth (see DVD reviews below). There’s first-rate hi-def video and audio. 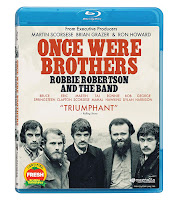 Once Were Brothers—Robbie Robertson and the Band

Director Daniel Roher engagingly recounts the eventful musical life of Robbie Robertson, leader of the Band, the original roots-rock group whose classic tunes “The Weight,” “The Night They Drove Ol’ Dixie Down” and “Up on Cripple Creek” remain staples of classic rock playlists.

Robertson candidly discusses his upbringing in Canada, his move to the U.S. and teaming up with his future Bandmates, working with Bob Dylan and, later—following the Last Waltz concert film—Martin Scorsese, for whom he has scored and compiled music for decades. The film looks and sounds great in hi-def. 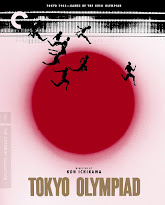 Japanese director Kon Ichikawa was chosen to create the official record of the 1964 Tokyo Summer Games, and the passionately filmed and involving result is—along with Leni Riefenstahl’s Olympia, about the infamous 1936 Berlin Games—the best-ever Olympic document.

From intimate moments of personal triumph and agony to expansive views of the playing fields and spectators, Ichikawa presents the human comedy on an epic canvas. Criterion’s stellar edition includes a quite good (but not great) hi-def transfer, commentary and introductions by Japanese film expert Peter Cowie, archival Ichikawa interviews, new featurette, and nearly an hour and a half of additional footage.

Beethoven’s Ninth—Symphony for the World

Beethoven’s Ninth Symphony—the first symphony comprising a choir and solo vocalists—was a formidable challenge for those at its 1824 Vienna premiere. (Beethoven, deaf by that time and co-conducting the first performance, famously had to be turned around by one of the singers so he could see the applauding audience.)

Christian Berger’s captivating documentary demonstrates that Beethoven’s message of brotherhood and humanity has not faded in the past 200 years: we see orchestras, conductors, composers and soloists getting ready to perform the work all over the world, from Tokyo (where 10,000 people make up the chorus) to Africa. The symphony is still a stirring and daring work of art, which was Beethoven’s intent. 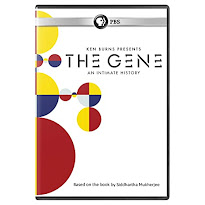 This fascinating multi-episode documentary from a book by Siddhartha Mukherjee precisely lays out how genetic science has grown into the complex and seemingly miraculous field responsible for so many important breakthroughs.

Personalizing the science—we are introduced to people with diseases yet to be tamed and watch if gene therapy can help—also humanizes the historical aspect, as the men and women working so heroically are discovering how to utilize constantly improving technology for the betterment of all.

Based on the subtly unnerving novel by Leïla Slimani, Lucie Borleteau’s middling adaptation slowly builds predictable suspense after a well-to-do Parisian couple hires the so-called title character, then loses it all with a lazy finale that recalls mindless slasher flicks far more than more sophisticated thrillers.

As the nanny, the mostly persuasive Karin Viard is eventually undercut by Borleteau’s reliance on clichés, which mitigates the domestic horrors found in this all-too-real situation. 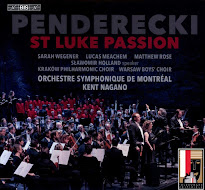 Polish composer Krzysztof Penderecki—who died in March at age 86—was known for his tense, dissonant works, which are familiar to anyone who’s seen The Exorcist, The Shining, Shutter Island or fellow Pole Andrzej Wajda’s Katyn. But his St Luke Passion, which premiered in 1966, showed off a “new” Penderecki: blending atonality with baroque forms and a newfound talent for choral writing, this was the first of several large-scale vocal works based on religious texts.

This tremendous performance from the 2018 Salzburg Festival by the Montreal Symphony Orchestra, Krakow Philharmonic Choir, Warsaw Boys Choir and a quartet of esteemed soloists was conducted by Kent Nagano, whose affinity for Penderecki’s wide-ranging sound world is very much in evidence. 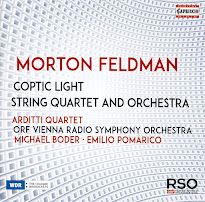 The most characteristic works of American composer Morton Feldman (1926-87) don’t lend themselves to either live performances or, especially, recordings: consider his marathon, six-hours-without-a-break String Quartet No 2.

But this recording shows that Feldman could work his singular magic—slowly evolving sounds, mostly quiet dynamics—in smaller forms: 1973’s String Quartet and Orchestra distills the essence of his music to 26 memorable minutes, while 1986’s Coptic Light (his last completed work before his death from cancer) further consolidates his aesthetic of musical calm, even with the extraordinarily large orchestral forces needed. The ORF Vienna Radio Symphony Orchestra plays both works brilliantly under the batons of Michael Boder (Coptic Light) and Emilio Pomarico (String Quartet and Orchestra, with the Arditti Quartet).