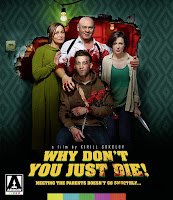 Why Don’t You Just Die?

Kirill Sokolov’s jet-black kind-of comedy follows a young man who’s egged on by his girlfriend to kill her father—and that’s just the beginning of 90 minutes’ worth of back-stabbings (figurative and literal), double-crossings and some of the most ridiculously over-the-top bloodlettings in a while.

Whether such violence is an acceptable form of entertainment is, of course, the sticking point; but Sokolov’s irreverence keeps one watching to see what lunacy he’s dreamed up, and his cast is game enough to make it seem as real—or at least as surreal—as possible.

The great British actor Alastair Sim—best known for playing Scrooge in the 1951 movie version of A Christmas Carol—is the focus of this boxed set containing four comedies to which he contributed: the best of the lot are the classic girls-school farce, 1954’s The Belles of St Trinian’s (in which he plays both the headmistress and her gambling brother) and 1960’s hilarious School for Scoundrels.

All four B&W films have been lovingly restored; extras include interviews with scholars, historians and even Sim’s daughter. 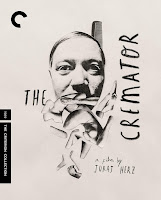 In this caustic 1969 black comedy, the head of a crematorium in 1930s Czechoslovakia follows the Nazis’ agenda to its ultimate end, and his own “final solution”: beginning with his Jewish wife and children.

Czech director Juraj Herz’s allegory of evil might be too heavyhanded, but his dazzling visual slight-of-hand, Rudolf Hrušínský’s tremendously portentous performance and Zdeněk Liška’s scarily perfect score make this an especially potent example of the Czech New Wave. As usual, Criterion has an excellent hi-def transfer; extras comprise Herz’s 1965 short, The Junk Shop; 1993 Hrušínský interview; 2011 featurette of Herz returning to his film’s locations; and a 55-minute documentary about Liška. 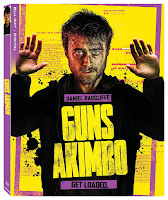 Daniel Radcliffe plays a nerdy video-game developer who becomes the prey in a terminal live-streamed death match in Jason Lei Howden’s pointlessly—and repetitively—ultra-violent actioner that’s heavy on blood, guts and flying bullets but light on everything else.

Radcliffe is unsurprisingly unable to fashion an interesting character out of someone with guns welded onto his hands; Samara Weaving persuasively plays the professional killer tracking him down, but how expert is she if 99.9 percent of her shots miss? The film looks fine on Blu. 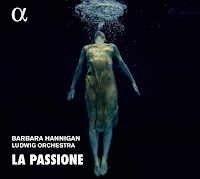 The remarkably daring Canadian soprano Barbara Hannigan returns with another spectacular recording, as she does double duty as a singer—on two fiendishly difficult modernist works of the mid and late 20th century—and conductor, on Joseph Haydn's Symphony No. 49, which gives this album its title.